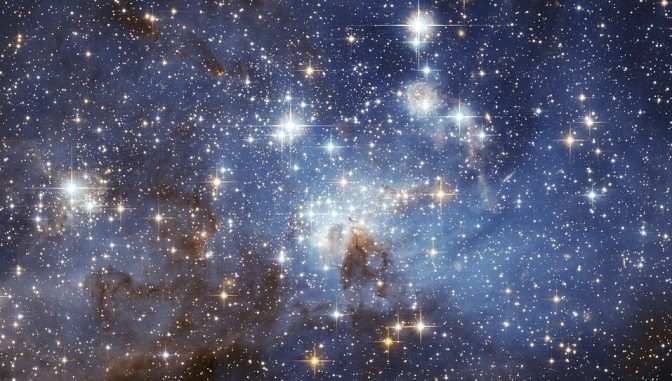 The word ormus/ORMEs (“Orbitally-Rearranged Monatomic Elements”) refers to a group of materials that exist in a monatomic state of matter. In the monatomic state, these elements do not form bonds or structures with one another and thus behave in a very peculiar and anomalous manner. Such materials are often called the “M-State” elements; these are several of the lesser and greater rare earth/transition metals capable of assuming the monatomic state (for example: gold, silver, copper, platinum, palladium, osmium, rhodium, iridium, etc.). This “white powder” elemental form has many names: manna, mfkzt (“what is it?”), the “secret fire,” the spirit of the salt, the elixir of life, and the philosopher’s stone.

Materials in this state offer numerous health benefits and exhibit incredibly interesting characteristics, in that they have a behavioral tendency to do such things as levitate in the presence of magnetic fields (often called “magnetic levitation”) or permeate through solid materials (often referred to as “Josephson tunneling”). When being measured by scale they are notorious for causing the overall weight value measurement to decrease, standing in complete opposition to standard expectations under conventional physics, and under the right conditions they may simply disappear altogether from our third dimensional reality viewpoint, quite literally slipping into another dimension, only to reappear moments later.

Ormus materials exhibit superconducting and superfluid properties as well, and thus when suspended in a solution and consumed orally or applied via a topical agent to the skin, it is said that they play a key role in facilitating the flow of vitality (life force/xi/qi/chai/orgone energy/scalar energy/subtle energy) throughout the body. When consumed or applied via a lotion or cream to the skin, m-state elements seem to allow the body’s cells, particularly those of the nervous networks, to relay messages more efficiently, and to encourage the body to express more of its true biological potential. By helping the body to heal and to revitalize itself, most significantly at a fundamental level concerning DNA repair and correction, ormus has the miraculous capacity to reorient oneself in accordance with one’s intended “astral blueprint,” if you will, in order to play a positive role in assisting one to realign with the path that Spirit has laid out and to fulfill one’s highest purpose, although of course it is ultimately up to the individual to walk that path.

I highly recommend reading the text “Ormus: Modern Day Alchemy” by Chris Emmons for those interested in exploring ormus further. It is a fantastic book to have on hand with loads of great reference material on all things ormus, including a brief history detailing its prevalence and use in ancient cultures, such as those of ancient Egypt, and also of its rediscovery in the mid 1970s by a man named David Hudson. It also contains several helpful appendices and outlines many of the most common procedures for making one’s own ormus. One such procedure, what is referred to as the “wet method,” is briefly outlined below.

Ormus can be collected at any time of the day at any point during the year. It has been said, however, that the best time to collect ormus is during the three day period leading up to a full moon. Conditions and energies at this time seem to be best suited to production of the most optimal and highly-charged ormus.

It is said that the best ormus for any individual is ormus that the individual makes himself/herself. In this manner one is able to foster a personal relationship with the ormus and thereby to infuse the ormus with one’s blessing and energetic intention, for truly the alchemical process is but an external reflection of what is taking place internally. Ormus is incredibly sensitive in this regard, thereby making it notably susceptible to influences of such a subtle nature. The most fundamental Hermetic axiom of “as above, so below” could not be more relevant to our undertaking, so we want to underscore that it is highly recommended to hold oneself in a space that radiates love and affirmation, and not fear or worry, so as to inoculate the ormus with these healing frequencies. One may also wish to expose the ormus to the presence of crystals, orgonite pieces, tensor rings, etc. in order to charge the ormus with a positive energetic signature, or to structure the water used via magnetite water traps or devices such as neodymium magnet water vortexers.

The “wet method” for ormus production involves drawn seawater or “reconstituted sea” and the use of an alkalizing agent, such as food grade lye, to increase the pH of the salt water, thereby encouraging the ormus to precipitate and fall out. In this demonstration we show how to make ormus using the wet method with reconstituted sea.

First, dissolve some salt in water [NOTE: It is recommended that one use distilled water as this will ensure maximum ormus yields, although spring water is used in this instance.). Under no circumstances is it advised that one use “table salt” or iodized salt, but rather one is encouraged to use unadulterated salt varieties, such as Dead Sea salt, Celtic Sea salt, or Pink Himalayan salt, that have preserved their natural mineral composition. Both Dead Sea and Celtic Sea salt are used in this demonstration, as Dead Sea salt is very high in gold and Celtic Sea salt has a diverse and balanced mineral content. It is recommended that one use a ratio of one cup of salt to one gallon of water, though some use ½ a cup or 2 cups of salt to one gallon of water. Whatever one prefers to do is fine; there is no “right” or “wrong.”

Combine the salt and the water in a large enameled or stainless steel pan, making sure that there is no chipping or cracking on the surface of the pan. Over low heat, bring the water to a simmer or a small boil, making sure that all of the salt dissolves. You can leave the water over low heat for 20-30 minutes. It is said that this excites the ormus and brings its electrons into a high-spin state.

After one has made sure that all of the salt is dissolved, one may turn off the heat and remove the reconstituted sea from the stove for cooling (it should really look like seawater now, froth and all). The next step will entail removing both the coarser and the finer particulate material from the solution. This can be done with some coffee filters and a funnel (a stainless steel funnel is used in this demonstration). One may wish to repeat this step multiple times depending on how much sand and silt is present in the solution. Some varieties of salt leave little to no particles to filter out (for instance, Dead Sea salt) while some are quite laden with them (for example, Celtic Sea Salt).

The next step calls for one to increase the pH of the reconstituted sea in order to cause the ormus to precipitate and to fall out of the solution. In this case, we used food grade lye as an alkalizing agent. [NOTE: Lye is incredibly caustic. Don’t breathe the fumes it may give off, either by itself or in a solution with water. Be sure to take precautionary measures to ensure that it does not get on one’s clothes. If possible, one is greatly advised to wear safety goggles, protective gloves, and a mask over the mouth, and to turn on any vents or to use a fume hood when necessary, etc.] When working with lye, it is standard that a level teaspoon of lye be mixed into a half cup of water. Always mix the lye into the water; be careful to avoid pouring the water onto the lye, as this can cause violent reactions to occur. The combination of lye and water will cause an exothermic reaction (in which heat is given off) to take place.

Using a small barrel syringe, and with great care and caution, add the lye solution to the filtered saltwater solution. The ormus precipitate, sometimes referred to as “doves,” will begin to appear immediately and will fall to the bottom of the solution. Carefully monitor the alkalinity of the solution with a pH meter. Continue to increase the pH as much as one feels appropriate up to a threshold of 10.78 pH. [NOTE: Make sure that your pH meter is calibrated and functioning properly. Never under any circumstances exceed a pH of 10.78. Past the 10.78 pH threshold, a “Gilcrest precipitate” of toxic heavy metals may form. These toxic heavy metals will not appear to look any different than the desired ormus product, so exercise great prudence in this regard.]

When one has reached a comfortable stopping point as far as the pH is concerned, it is recommended that one leave the ormus for 8-12 hours at a minimum in order to allow the layers of the solution to stratify. All of the ormus will fall to the bottom, while the lye will remain in the watery layer above. After the layers have formed in their entirety, use a turkey baster/barrel syringe to draw off the top layer of lye water or a separatory funnel to obtain the ormus layer from below. A turkey baster/barrel syringe combination was used in this demonstration. After removing the lye water layer, add more water, use a turkey baster to create bubbles throughout the solution (it is said that this will cause more of the lye to move up to the water layer), and allow the layers to form again. Draw off the water layer, add more water, create more bubbles, and leave the solution to allow the layers to form again. One may repeat this step as many times as one sees fit. Typically, three to four rinses is ideal.

Once one has performed a final wash of the ormus, it is time for storage. Ormus is incredibly sensitive to sources of EMF pollution (cell phones, laptop computers, Wi-Fi, microwaves, etc.) and to light, so be sure to take measures to protect the ormus from such sources. There is no need to refrigerate the ormus. It is recommended that one store the ormus in HDPE containers, or in glass bottles free of metal caps (ormus will react with metal) wrapped in aluminum foil and/or placed in a bag that shields from EMFs. It is advised to keep the ormus in a cool, dark, dry place.

A standard dose will depend on how diluted the end product is. Typically one teaspoon to one tablespoon is a sufficient amount. Each individual will respond to ormus differently; some may be a little more sensitive than others, and so it is suggested to start with a smaller dose and then to work one’s way up from there in order to insure that one finds a good fit for oneself in the safest and most comfortable manner affordable. Typically a dose is suspended in 8-12 fluid ounces of water, although one may choose to go the route of making an ormus-based topical cream, or one may decide to skip out on the use of water or a topical agent altogether and just swish with a dose of ormus in one’s mouth before swallowing. (this is often done for the purpose of re-mineralization of the teeth). One may wish to bless the ormus with one’s energetic intention and/or to use water vortexers to energize and to structure the ormus-water solution. A picture of a simple, easy-to-make homemade neodymium water vortexer is provided (which uses pairs of equilateral triangles comprised of neodymium magnets, making a hexagram pattern, with two layers on either bottle alternating between north facing in and south facing in), and the results were nothing short of fantastic!