The Mandela Effect: Is It Bad Memory Or An Alternate Reality? 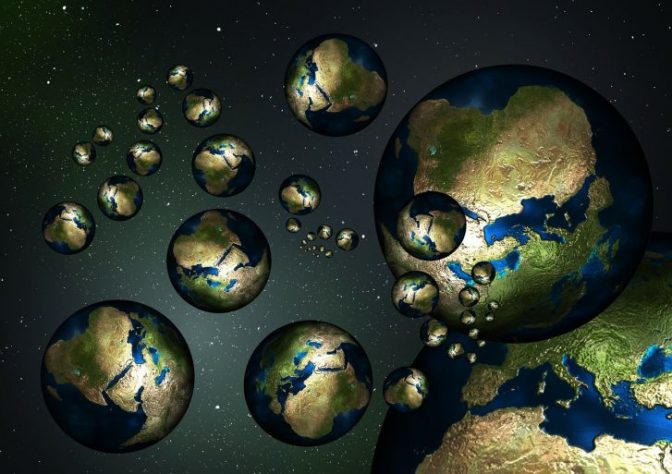 (NaturalHealth365) Full disclosure: If you prefer to keep your sense of reality – and your cherished memories – intact, you may want to skip this article. If, on the other hand, you want to explore the fascinating phenomenon that is the “Mandela Effect” – and even take a quiz – read on.

You will be astonished by the gap between what you think you remember and what current reality tells us is true – and by the theory that may explain it all.

Whether it is “real” or not, the Mandela Effect is having a significant mental and emotional effect on many people – including those of us here at NaturalHealth365.  Get ready to test your memory.

“Field of Dreams,” “Forrest Gump,” “Star Wars,” “The Wizard of Oz” … These classic movies were more than box office hits – they were engaging, inspiring films that made their way into our national consciousness.  And certain iconic lines from these movies became enshrined in our memories as well. Who among us can’t repeat their catchphrases verbatim, on demand – without even giving it much thought?

Probably not you, for starters.

And, according to our own informal survey, not the folks at NaturalHealth365 either. Because somehow, all of us seem to have gotten things wrong.

Don’t believe us? Try your hand at filling in the blanks on these familiar phrases:

Are you ready to have your certainty shattered?

The ghostly voice in the Iowa cornfield says, “Build it and HE will come.” (Not “they.”)

On the Savannah park bench, Forrest Gump shares his mother’s philosophy: “Life WAS like a box of chocolates.”(Not “is.”)

Darth Vader never says “Luke, I am your father.” (The first word of the sentence is “No.”)

Fred Rogers sings of “a beautiful day in THIS neighborhood.” (Not “the”)

The Bears’ surname is Berenstain. (Not Berenstein)

The name on the hot dog package is, and always has been, Oscar Mayers. (Not Oscar Meyers)

According to our (admittedly unscientific) poll, the overwhelming majority of people have inaccurate memories of these famous quotes and products.  If we are remembering things wrong, why are we all remembering them the exact same way?

How can this be? Millions upon millions of us watched these movies in theaters, and re-watched them on cable and videos and DVDs. The taglines in question were printed extensively in countless movie reviews, quoted by comedians, late-night TV hosts and even David Letterman at the Academy Awards (where you would think he would have gotten it right).

In short, these catchphrases became part of our national lexicon.

But along the way, they seem to have changed – for the vast majority of us. According to Google Trends, people looking for the phrase “Build it and they will come” outnumber those who look for “he” by more than ten to one.

Here is the key scene from “Field of Dreams.”

Is that what you remember? Or did you have to replay it a time or two to get your head around it?

And how about the iconic scene in “Risky Business?” Who could forget Tom Cruise boogeying from room to room and showing off his rock star moves, clad only in white T-shirt, underwear and Ray-Bans?

Would you believe: no Ray-Bans, and a striped button-down shirt?!

Is the Mandela Effect caused by changes to past events in the timeline?

This phenomenon – the fact that large groups of people have memories that differ from “reality” – has been dubbed the Mandela Effect, based on the fact that many people are under the mistaken impression that former South African president Nelson Mandela died in jail, rather than being released from jail and dying in 2013.

One theory put forth to explain the Mandela Effect is based on quantum mechanics, and holds that these “glitches” are caused by accidental travel between alternate universes, causing a “slide” between parallel realities. In other words, those of us who believe the voice in “Field of Dreams” said “THEY will come” grew up in a universe where that really occurred – then one day found ourselves in an alternate universe where the voice says “HE will come.”

Proponents of this theory often claim the phenomenon is linked to CERN – the European Organization for Nuclear Research – and its giant supercollider, the Large Hadron Collider.  CERN uses the LHC to simulate cosmic rays and test the predictions of various theories of particle physics. Senior physicists at CERN have stated that the LHC could unveil new dimensions – with particular reference to a mysterious “new particle” that could “open up dark matter.”

This theory gained more prominence in 2014, when CERN physicists uploaded a YouTube video featuring the whole crew dancing and lip-syncing to the song “Happy” by Pharrell Williams.

According to Bob Schlenker, a self-described free-thinker and minister who maintains The Open Scroll website, this playful video is full of coded references to CERN’s real – and sinister – agenda: the mastery of time travel through witchcraft.

The video even name-checks the Mandela Effect, Schlenker claims. A mathematician seated at a desk has two signs around his neck: “Bond #1” and “Mandela.” In Schlenker’s unpacking of the video’s significance, the name of the first actor to play James Bond is Barry Nelson; combining the two signs results in “Barry Nelson Mandela”.

You can watch him revealing more “clues,” codes and symbols in the video here and decide for yourself – is the video innocent fun, or is it a reference to a depraved magic ritual? (Or is it a sly poke in the ribs to Mandela Effect conspiracy theorists?)

For another video that gives examples of the Mandela Effect in familiar products from the 1960s and 1970s – check this one out.

Along with the theory of alternate realities colliding, a separate theory holds that we are in a hologram or simulation created by advanced beings – and that they are toying with time, along with our minds.

Then, there is the so-called “rational” explanation.

Is our memory so unreliable?

As psychologists and criminologists like to remind us: memory can be notoriously inaccurate – which is why eyewitness accounts of the same event sometimes differ wildly one from another.

Experts say this is because memory is constructive, not reproductive: the brain assembles memories out of tidbits of information, rather than playing them back like a recording or rendering them precisely like a photocopy. Hence, memories can be easily distorted by imagination, the influence of others, and bias.

There is even a type of memory flaw known as confirmation bias – editing or re-writing previous experiences, all unconsciously, in light of what we now know or believe. In its most elemental form, it’s seeing, or hearing, what we expect to see or hear.

With the Berenstain Bears example, people remember the name as “Berenstein” because names ending in “stein” are more common than those ending in “stain.”

Another common source of false memories is conflating – piecing together or combining two related concepts. People know Nelson Mandela spent a long time in prison. And, although Mandela didn’t die in jail, Stephen Biko, a South African anti-apartheid activist, did – during the 27 years in which Mandela was jailed.

In addition, hearing misinformation from others – reading the incorrect phrase in a movie review or news account, or hearing an interviewer utter it – can sway recollection of your own memory, and reinforce a misconception.

Sometimes, we simply unconsciously substitute what we want to be there. “Build it and they will come” seems to make sense in the context of the movie, and the fact that Kevin Costner’s character wanted to bring an audience to his baseball field. It seems to makes more sense than the alternate version, although many people point out that “He” refers to the character’s father.

But, these explanations can only take us so far. Especially if you vividly remember hearing “If you build it, they will come,” and feel the truth of it in your bones.

The fact is, we all remember what we heard….

Where do you stand on the Mandela Effect? Tell us in the comment section below.