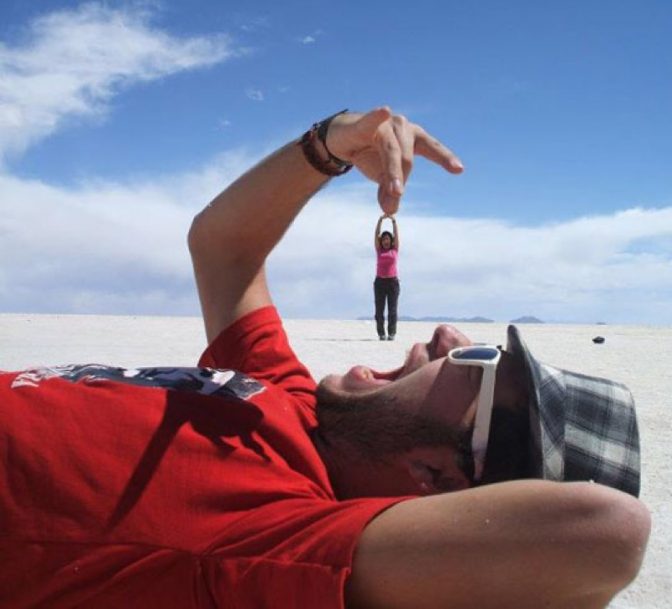 This article takes one particular view on the human dynamics issues that have, to some degree, plagued EVERY conscious community in the world to date. As the course to this particular community project here in Latin America has begun to chart itself, an awareness of these specific dynamics has been repeatedly reflected to us which in turn has allowed us to gain more clarity on how we maintain the core energetic of this emerging project – the goal of that project being to chart the course toward the first community project in the world that has transcended all human dynamic issues. No doubt this view will refine itself with the passage of time, but it is serving us well at this time! It also attempts to explain why we are each drawn to different types of community projects (well, projects and people in general actually), so that perhaps we can all rest a little easier (and less judgmentally) with the fact that different horses like different courses!

Over the last month, others have begun to enjoin the community that we knew would begin with the unification of our two families. In fact our community of 3 adults looks to have potentially become a community of 7 in less than a month…

And what do all these people have in common?

They have all been food. By feeders and food I mean (loosely) narcissists and co-dependents/victims and perpetrators – the general dualistic feeding dynamic of human beings.

Whilst going through a higher level of my own ‘cleaning’ process, I have finally been able to articulate clearly how this dynamic actually works – a little diagram should help explain…

5 – represents those who delve so deep into their self-defence mechanisms, that they brutalise innocence to such a degree that they invert their own kundalini (condition – narcissistic personality disorder).

There are a very select few individuals whose purity remains both intact and in balance, though the more advanced children being born in recent years to select parents fit this description. (condition 1)

There are a handful of people (probably less than 1% of the population in the west at least) who become to some degree co-dependent (out of balance), but still retain a high degree of innocence by never taking the (subconscious) decision to ‘fight back’, never developing aggressive or passive-aggressive defence mechanisms in reaction to external stimuli, and never cross the line into taking on feeding traits (anything from victimhood to outright intimidation or abuse). (condition 2)

Most of us exist somewhere in the spectrum between points B & D – we take the decision to defend ourselves in some way from a brutal world but we retain a certain (varying) degree of our empathy. Those in this group, the majority of the population, will often express at different levels at different times on this scale depending upon external stimuli). (conditions 3 & 4)

A few people (also probably less that 1% of the population, but maybe more) have effectively taken the (subconscious) decision to sell their own souls. Most members of the so-called global elite would fall into this category, except the ones who are finally now displaying some level of conscience. Until one crosses this line, there is always a way back (well, no one is a lost cause from the ultimate perspective, but the point is one oughtn’t to be wasting their time surrounded by people like this holding any hope for their salvation). (condition 5)

Anyone who fits anywhere prior to point D (i.e. they do not have a full on narcissistic personality disorder) is to some degree food.

Overall though, whilst it is true that both (feeder and food) need each other and are equally responsible for the dynamic, there are certain qualities that each possess which are important at this present time of transition as we look to bond in community. The reason for this is because there is a higher threshold for a feeder to attain in their own personal cleaning before they can mix in such a way that they can co-create, with others, anything based on pure love – they need to have done more than just learnt to obtain their energy from a higher place, they need to have cleaned up all their personal and emotional wounds that caused them to feed in the first place otherwise their learnt behaviour will still, occasionally at least, and given certain environmental stimuli, choose to feed, which will inevitably stunt the expression of the group.

Food on the other hand, although needing to have reached a point where they obtain their energy from a higher source at all times, do not actually need to have cleaned up all of their internal wounds responsible for the permissioning of feeding in order to commune, with love, and co-create, to reasonable effect, with each other. Food which has not done all the clearing will of course still attract feeders in their lives to mirror their deficiencies, so they still need to do the work before they are ready to fully engage in transcendent community, but they are able to begin to align with each other, and unite, and co-create, now.

It is why a great many of the people who are aligning for this particular community project have been, throughout their lives, pure food (those small percentage who never crossed the line).

The exception to this (along with two others) is actually me! Who has/have been both food and feeder. Being that we are now attracting people who have always been pure food, it seems that we have passed, or are at least on the threshold of passing, the point at which we have the capacity to feed from others on the subtlest energetic levels.

The advantage of having been both feeder and food AND stepping back into cleaning, rather than just having been food, is that I (and those like me) have developed a stronger sense of inner power which is also a key attribute of the kind of community we must create – one comprising fully embodied sovereign men and women. Embodying this sense of inner power is the ‘cleaning’ which those who have been pure food must do. Ultimately, for this reason, food and feeders continue to need each other, to reflect and drive each other forward, as they climb the ladder to their own transcendence, indeed without each other, they would never climb anywhere.

It is important to note that the level of cleaning required is significant – after you’ve done it once, you’ll live a beautiful and balanced life, and then life (most likely) will call you to expand your emotional range of expression even further, and you’ll have to do it all again, and again, until you are expressing the full extent of your emotional spectrum AND you have cleaned out the trash at that level.

I am delighted that the path toward this forming community has been laid out to us in the way it has – my principal goal has always been to ground a community that exists beyond any capacity for the usual human dynamic issues, and the way this community is organically forming is in such a way and with such people that this is becoming an actual reality. Such communities will naturally stand as a beacon for other community groups to follow, but not because of some high-minded spiritual idealistic bullshit, but rather because it is true; real. Yes, it is uncompromising, but actually it is incredibly simple and not at all woo woo, and really no one ought to have any issue with the notion that they need clean out their house before such a lifestyle will ever open up in their lives… indeed projects like these DO lift the entire collective consciousness of humanity, but again not just because they root new possibilities in the collective morphogenetic field (which they absolutely do), but also for a much more grounded reason – they can stand as a physical motivational beacon propelling others to raise their own bar in pursuit of the lifestyle they have dreamed of that such projects represent. And without clean examples, the motivation cannot be clean within those who are motivated by them…

This particular project is a little different than the ‘standard’ community project we’ve always proposed for NewEarth… the other projects currently in planning/development are based on the idea of facilitating larger numbers of people to shift from where they are now – awakening, disenfranchised, matrix-bound etc. – to a growthful full-spectrum environment where they can heal and evolve. This is and should remain the core focus for the emergence of New Earth Communities, but this other approach emerging here in Ecuador offers different possibilities. Likely they will each attract different kinds of people as well – in fact this article clearly indicates which kinds of people they will each attract! Not that it makes much difference – the point is that we are all evolving through our stuff (seemingly whether they like it or not!) and the endgame is the same, but acknowledging our many differences and not being bound to any specific ‘idea’ of how it should be done can only serve to advance that effort. I will personally be watching this dynamic, across our multiple community projects over coming years, with new eyes!