Marijuana Contains “ALIEN Dna” From Outside Of Our Solar System. Some Experts Believe Humans Do Too 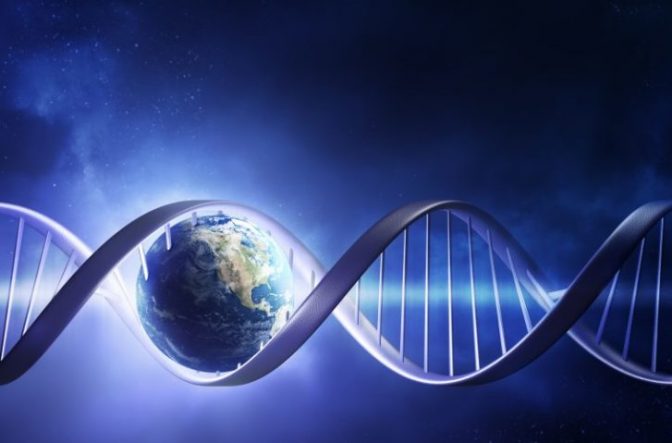 There are headlines meant to reel readers in to material that’s far less exciting than the title suggests, and then there are articles that largely go unread, but the headline alone sparks a fury of comments and shares on social media. Liking, sharing, and offering opinions on articles without ever reading them seems odd, but in our fast-paced society, defined by information-overload, it’s hard to blame people for assuming the headline doubles as a summary. But that’s simply not the case.

NPR dove into this controversy, sharing an article on their Facebook page that asked, “Why doesn’t America read anymore?” There was NO article, of course, because the point of this passive aggressive joke was to see if their followers would shoot back with opinions without clicking the link. And just as they expected, people certainly did just that.

If the headline is detailed, like “Marijuana Contains ‘Alien DNA’ From Outside Of Our Solar System, NASA Confirms,” people seem quick to share without reading, stirring up social media mayhem as people remark on alien DNA found in marijuana, seemingly operating on the assumption that if NASA confirmed it, that’s all you need to know. No need to read more for the “truth.”

This isn’t an opinion, either. Computer scientists at Columbia University and the French National Institute analyzed a dataset of more than 2.8 million online news articles shared on Twitter. They found that up to 59% of links shared on the social media platform had never been clicked by the user’s followers!

“People are more willing to share an article than read it,” explains study co-author Arnaud Legout. “This is typical of modern information consumption. People form an opinion based on a summary, or a summary of summaries, without making the effort to go deeper.”

But why are people more interested in sharing as opposed to absorbing the information themselves? According to research done by The New York Times Customer Insight Group, the majority of people asked in the survey said sharing is a means to create and reinforce a certain image of themselves. For example, perhaps there is an article called “Why You Need To Stop Using Commercial Cleaning Products and Try Essential Oils Instead.” Someone might share this article without reading it simply to show others they oppose harsh man-made chemicals. The same can be said for politics. Perhaps there is an article degrading Donald Trump. Sharing this would reveal the user’s distaste for this president, or perhaps for the political party in its entirety.

“I try to share only information that will reinforce the image I’d like to present: thoughtful, reasoned, kind, interested and passionate about certain things,” explained one participant from the study.

Though social media can serve many great purposes, there is concern that sharing media via this platform only reinforces our own beliefs. Algorithms are a great example, as they ensure the information you see is based on what you have already shown you liked, not the full breadth of the conversation on a topic.

The headline presented for this article and the information provided don’t go hand-in-hand, but it’s a great way to acknowledge the desire to share and outline an image of yourself as opposed to inform yourself, and then share with others in hopes of them doing the same.

A few years ago, Chandra Wickramasinghe, the Director of the Buckingham Centre for Astrobiology at the University of Buckingham in the U.K., published a paper regarding their supposed findings of the first-ever evidence of extraterrestrial life found in a celestial body.

At the time, Wickramasinghe pointed out to Huffington Post how, in 1962:

“Hoyle and I pioneered the theory of carbon grains in space to replace the old ice grain theory. This was vehemently resisted by the astronomical community at the outset, but with the dawn of infrared spectroscopy, the ice grain theory gave way to the carbon dust theory. Over a few years, after a great deal of model-fitting, we came to the conclusion that material similar to biomaterial fitted all the available data in astronomy. We considered the possibility that microbiology had a universal character, and no observations in astronomy or new information from biology has provided contrary evidence.If only ideas that are considered orthodox are given support through award of grans or publication opportunities, it is certain that the progress of science will be stifled as it was throughout the middle age.”

English Astronomer Sir Fred Hoyle and Wickramasinghe are considered co-developers of the panspermia theory. In another paper that Wickramasinghe co-authored in 2012 titled “Non-terrestrial origin of life: a transformative research paradigm shift,” he points out that, “For nearly five decades, evidence in favour of a non-terrestrial origin of life and panspermia has accumulated which has not been properly assessed. A point has now been reached that demands the serious attention of biologists to a possibly transformative paradigm shift of the question of the origin of life, with profounds implications across many disciplines.” (source)

It’s interesting to think about, isn’t it? We are indeed, as Author Graham Hancock noted, like species with amnesia. We still don’t completely know where we came from and how we got here.

Not just us, but our plants too!

For articles on the ET/UFO subject from CE, please click here.