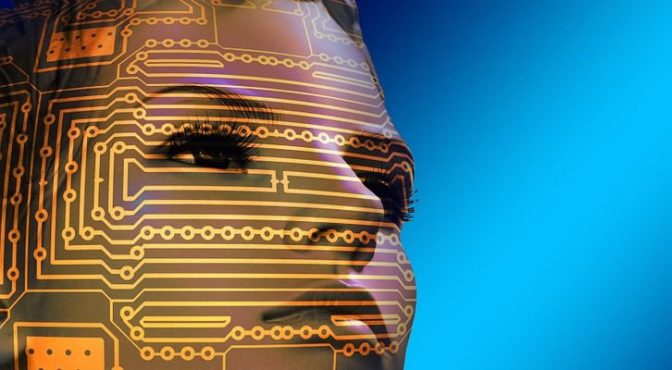 (Editor’s Note: Although New Earth is not currently looking into AI technology, it is still important to stay informed and develop opinions on the matter, as artificial intelligence will be increasingly present in our world over the next 20 years.)

Will artificial intelligence ever be capable of simulating the human mind in its totality? Developers have proven that mechanistic aspects of consciousness like knowledge representation and procedural learning are within reach, but the notion of fluid intelligence is still a bit of an enigma. Will robots ever be capable of the spontaneous problem-solving insights, or quantum leaps, that make our species unique?

Aaron Sloman, a retired professor of computer science at the University of Birmingham in England, has been attempting to solve this question for over 45 years. Sloman received his formal training in philosophy at Oxford university, with a focus on Immanuel Kant and observations of Euclidean space.

Sloman wrote his first paper for IJCAI, the International Joint Conference on Artificial Intelligence, back in 1971. At the time, most developers believed that pure logic would be sufficient for the development of AI. From Sloman’s perspective, data representation requires shapes and manipulations of shapes; not merely numbers and logic structures. He has coined a term, meta-morphogenesis, to point at the cognitive territory where he believes exciting opportunities for improved AI may exist.

The word morphogenesis implies the creation of shapes in a biological context. As children we use the somatic exploration of space to gain experiential knowledge. Our relationship to the world gradually becomes more complex. We begin storing nonlocal information about remote things and integrating them into our worldview. Sloman suggests that this higher level of cognition can be visualized as a set of information structures occupying a space, where ideas compete for mental real estate, so to speak. Ideas existing in this domain may be subject to the same principle of Darwinian selection pressures exhibited at the biological level of reality.

There may be something within the human genome that is responsible for our ability to invent entirely new information. Our species’ motivation to create and share language is just one example of a self-generated adaptation. We create tools and harness the powers of nature to create solutions to problems.

Sloman explores the possibility that this curious trait of human ingenuity takes place in a meta-morphogenetic space, comparing it to the idea of geometric space. Within this space, ideas morph and battle one another for dominance within the collective human mind.

Authors William Burroughs and Colin Wilson have both written extensively on the idea that words are a virus, or to be more nuanced, that words exhibit viral characteristics within and between the minds of human beings. Like viruses, ideas seem to have an almost autonomous drive to seek out hosts, replicate, and prolong their existence through as many minds as possible. They aggressively self-propagate. They also battle one another in real time, competing for human attention.

As previously mentioned, meta-morphogenesis refers to the upper-dimensional domain of idea-transformation. If the selection pressure (tendency for a idea to fall out of popularity) becomes to great, these evolutionary forces snuff that idea out until some later time, or perhaps forever.

Will these lower and higher AI minds unite to produce a human replica?