Moment of Truth for the Federal Reserve 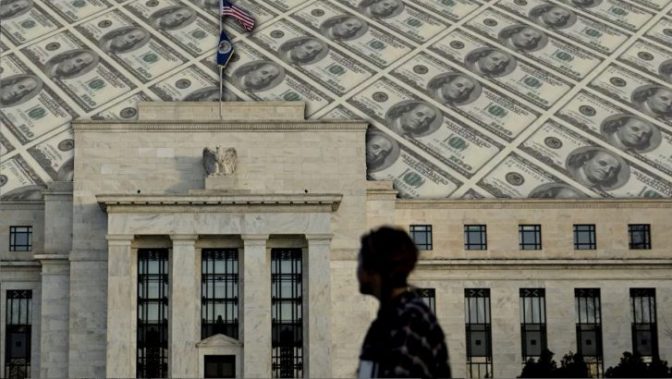 (ANTIMEDIA Op-ed) — For those who believe in the virtue of central bank economic stimulus, the moment of truth has finally arrived. Federal Reserve chairman Janet Yellen announced late last month that the Fed plans to start shrinking its balance sheet for the first time since it expanded from less than $900 billion in 2008 to an unprecedented $4.5 trillion today. The initial wave of selling will start gradually next month with only $6 billion of Treasuries and $4 billion of mortgages, but the compounding effect over the coming months may shake investors’ confidence.

This kind of unwind has never been attempted before in history, and even the experts are extremely polarized about what might happen next.

Not many people care to understand the potential implications of programs like quantitative easing, which has been implemented most aggressively by the Federal Reserve, the European Central Bank, and the Bank of Japan since the depths of the Great Recession. The policy essentially involves pumping trillions of newly created dollars, euros, and yen into the financial system to ensure there’s always enough credit available for markets to function. Central banks buy up government treasuries, mortgages, and even shares of companies at prices that couldn’t possibly be supported in a freely traded system. This manipulated environment allows central planners to keep interest rates near zero and push money into certain asset classes.

These low rates have helped drive credit card debt, student loans, and auto loans to more than a trillion dollars each. People’s short memories and naive trust in the current system has led many to blindly follow the crowd into near debt enslavement. Low interest rates not only incentivize consumers to borrow and spend but also force investors to chase higher returns by putting their money in risky places like the stock market instead of safer positions like money market and savings accounts.

When central banks merge with government powers to bail out corrupt and bankrupt institutions, rest assured the public will always be the one to suffer the fallout. Debt-dependent governments like the United States are the prime beneficiaries of this unholy alliance. Without the restraint of higher interest rates, the State can accumulate even larger amounts of debt without having to about having to shift any immediate burden to the taxpayer.

At what felt like the worst period of the 2009 financial crisis, this supposed ‘QE fix’ gained instant popularity with politicians and financial pundits alike. Talking heads were desperate to broadcast any hope or plan for a brighter future. It not only alleviated the mounting pressure on elected representatives to take action, but it also began a huge wealth transfer from savers and those on fixed incomes to the wealthiest holders of financial assets.

As this monumental scheme comes to a close, it will become clearer that the divided political environment, record high stock and bond valuations, and impending debt ceiling may create a recipe for the real threat — a loss of confidence. The central banks have been propping up the world’s financial systems for so long that people have forgotten how quickly things can change.

Federal Reserve economists and officials have traditionally displayed a united front to the outside world when it comes to their monetary policy decisions. Any slight deviation in opinion can have a tremendous impact on the public’s trust in the current centralized fiat system. Lately, however, there have been signs of dissent from within their own ranks.

“Evaluating the effects of monetary policy is difficult, even in the case of conventional interest rate policy….With respect to QE, there are good reasons to be skeptical that it works as advertised, and some economists have made a good case that QE is actually detrimental.”

In 2015, Williamson also stated similar uncertainty about the success of the program:

“There is no work, to my knowledge, that establishes a link from QE to the ultimate goals of the Fed—inflation and real economic activity.“

If QE hasn’t worked as advertised and has failed to create real economic activity, then this whole recovery may have been an artificial boom unlike anything we’ve seen before. Unfortunately, central banks have fully convinced the public of their near supernatural power over the economy. Although many still can’t imagine a financial model without government control or central banks, the individuals who see the writing on the wall have already started to adapt.

Blockchain technology and potential asset-backed currencies have finally created competition against fiat money. Although the infrastructure is still in its infancy, the ability to decentralize finance will force the established institutions to respond. The regulatory and taxation powers that have been held by unaccountable agencies for centuries are now being disrupted by real innovation. The future of wealth generation lies in the digital marketplace and real assets that are shielded from the decisions of bureaucrats and bankers.

The Federal Reserve led the entire global financial system down a rabbit hole that nobody is sure how to get out of. The credibility of a system in place for over a century is on the line, and everyone should pay close attention to the actions taken from now on. Nothing has been fundamentally resolved, and the incompetence of central planners shows they will never break from their ideology. If the stock markets do sell off in response to this historic change in monetary policy, expect Janet Yellen and central banks around the world to ramp up their printing presses yet again.