Money Contorts the Intent of Our World; The Solution & Unseen Forces of Influence 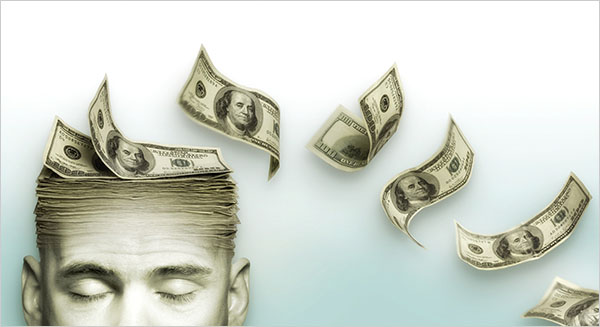 (Era of Wisdom) The World— This is part one to a series of articles. It’s a more freeform, introductory type of article. I would like to make the case that the world is founded upon emotions, the need for food, shelter, and survival, ideas, and strategies. There are unseen ideological foundations and ‘forces’ that pull and form the concepts of our lives; emotions are one of these forces that shape every facet of the world. The force of “will to survive” dominates.

Because money equals survival, and people pay money for food, housing, and everything a human being needs, the people who create the money rule our survival, and force us to contort and twist our moral values; to scramble in obtaining such currency as federal reserve notes. It bleeds our culture in America and globally. People fight, die, kill, steal, sell drugs, and contort their sense of self for money to survive (or, out of an excessive or socio-psychopathic willpower to survive, which becomes greed.)

People are warped into working jobs they don’t like, to feel limited in their options for what to consume for food. People work corporate jobs they don’t believe in, to eat processed food products that empower massive corrupt corporations.

Greed is a force that pervades our world, and it unfortunately drives the very way our world functions.

On the bright side, love and the need for human connection, friendship, acquaintanceship, and community is another driving force of our world.

This article will identify the way money contorts the intent of a human being.

I’m going to use the alternative media as an example of how money contorts intent, and how to change that. For the past decade or so, since the inception and expansion of the internet and global communications, average people have been trying to articulate ideas on the internet.

Now, we’re at a point where these people articulating ideas on the internet have grown massively, and many have refined their methods.

We’re living in a renaissance of media created by the average person. Yet, we seem to still be in some form of a stage of infancy. In the future, I envision an alternative media run with creative ways of balancing money and truly quality content, not with Google Adsense or monopolized systems of ad revenue but more of a system of pay by donations, the consumers of the content actively supporting the writer based on a consumer’s appreciation for that writing, and intentful action to support that man or woman.

It requires action on part of a large amount of people, to actually support a writer for doing what he loves. If not enough people are caring about what that person is producing, that man or woman will either starve, or be forced to change what they write about to suit the audience.

It requires a man or woman supporting the next person, actively thinking about the well-being of all people in their community or domain, for the person who cares about them to be cared about themselves. We all have to get used to these concepts of love and care, or we will all drown together; crabs in a bucket.

If we can create an actual culture, a way of life adopted by many people, of actively supporting each other, considering what the next fellow man and woman needs to survive, and if we intentfully focus on building a society and economy reliant on each other instead of purchasing goods and food that come from corporations that don’t care about us, we would have a system where we all support each other. We could all survive and prosper as a strong, loving people.

I suppose it’s a mixed bag of philosophical sediment I’m trying to express here, because the vision is enormous; it’s difficult to concisely articulate.

The fact is, money twists, warps, and bends the willpower of people to do and say things that they don’t believe in, just to survive. People become killers and drug dealers all over America and the world because it pays money, it equals survival. Morality and intent is contorted and ravaged by the need for survival, and money. These forces of humanity entangle and drag a person down to the depths of hell. Money consumes everything with no regard, but only if we let it, all together.

But my idea of a solution is looking out for the next person, and manually making sure everyone in our community is alright, fed, and clothed, with their own business that people in the area voluntarily choose to support because they want the community to survive and prosper.

That’s the solution I propose to the fact of money contorting the world into a bad place; keeping money in your community, buying goods, food, services from only the average people who you know need to eat, need to run a business.

So back to the alt media metaphor, if you look at the development of a successful alternative media site, you notice that money twists, bends, warps, contorts the intent of even the purest minded people.

If you start off trying to write about things that matter or that you’re passionate about, you could make the most genuine and deep article you could possibly think of and still fail if it isn’t catchy or interesting enough to people.

How does the person making unpopular content solve the problem? They could work harder and strive to reach the people who are actually interested in it, but what if people just don’t have a moral understanding of the need to eat overall?

If consumers of content ignore the writer’s need to eat, there is no cultural element or understanding of the need for the next man or woman to receive money for their content to survive. There is no way that person can survive doing the content they want to do. That person would then be forced to compromise the quality of their content, dumb it down, make it interesting to the average person so they can receive enough money to live.

This is obviously an example that could be applied to me, being a writer, so I don’t mean to subtly implicate myself as the central focus here, but this is a fitting metaphor.

So we need to make sure to support each other financially; buy food from independent food producers. Buy everything from people who are in your economic boat and really need to make a living. Help the next man and woman find their economic niche, and remember that everyone needs to eat.

And remember that every time you buy something from Wal-Mart, you’re dumping money into a body of people that don’t give a single damn about you. And that’s real.