Monsanto’s Scrambling to Bury Breaking Story About What’s in Most of our Food? Not a Surprise 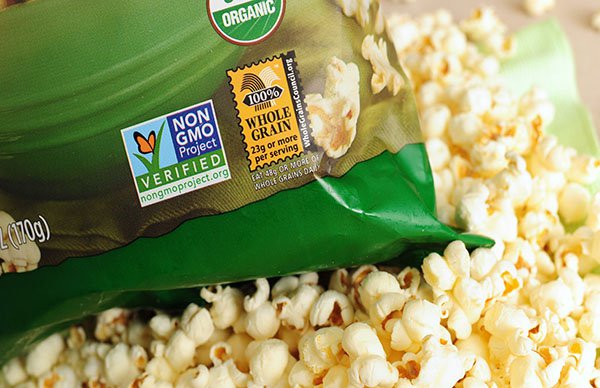 With more than 7,000 current worldwide patents, Monsanto inarguably has the greatest stronghold on the global food supply. On their website, the company says that they have a “very clear and principled code of conduct – one we expect all employees, contractors and management to live by every day. We operate under a genuine value system—our pledge—that demonstrates integrity, respect, ethical behavior, perspective and honesty as a foundation for everything we do. “

But actions speak louder than words, and Monsanto’s legacy has been steeped in controversy and coverups for more than a century. The stories exposing such truths on the company continue to go underreported, however, which is why the most recent corrupt actions by the company must be shared.

Though not one mainstream media outlet has covered this shocking news, it’s essential to know that one of Monsanto’s popular products called glyphosate, which is the active ingredient in their Roundup branded agricultural herbicides, has now been found in many popular food products.

Monsanto has long known that glyphosate causes cancer, but for the sake of profit and reputation, have chosen to keep this a secret. And yet an FDA-registered food safety laboratory has found through tests that the weed killer was found in processed foods like Cheerios, Ritz Crackers, and Oreos, and is being ingested by humans across the world.

Research had discovered that glyphosate harms human health at extremely low levels of exposure, like 0.1 ppb of the chemical, yet many of the foods tested were found to have over 1,000 times this amount.

In the report, Rachel Carson of the Silent Spring was quoted as saying:

For the first time in the history of the world, every human being is now subjected to contact with dangerous chemicals, from the moment of conception until death. . . . These chemicals are now stored in the bodies of the vast majority of human beings, regardless of age. They occur in the mother’s milk, and probably in the tissues of the unborn child.

Take a look at the list of foods the chemical has been found in below from the report: It’s a disturbing amount of foods that many humans around the world are currently eating. Independent research has found glyphosate to cause cancer (1, 2, 3, 4, 5), and it has even been classified as probably carcinogen to humans by the World Health Organization’s team of international cancer experts.

Further research has found the chemical to be an endocrine disruptor that can lead to reproductive problems, early onset puberty, obesity, diabetes, and some cancers.

And yet, the glyphosate isn’t just in our foods, but in our water, air, and soil. It’s also in organic and non-GMO foods, and the FDA even discovered it to be in almost every single sample of honey that they tested.

And while Monsanto continues to keep such information under wraps, they have the support from public agencies that are allowing them to knowingly poison Americans for the sake of profit. In fact, in 2013, the EPA chose to significantly broaden the industry standard of what is considered safe for humans to consume through our food in order to allow the industry dousing us with chemicals to remain in good standing.

But the information to stop Monsanto from continuing to poison us is out there, it’s just not making mainstream headlines, and that’s not okay. We have the power and the opportunity to take all of the facts and share them until something is done about this threat to our health.

Why It Wouldn’t Be A Surprise

“It is commonly believed that Roundup is among the safest pesticides… Despite its reputation, Roundup was by far the most toxic among the herbicides and insecticides tested. This inconsistency between scientific fact and industrial claim may be attributed to huge economic interests, which have been found to falsify health risk assessments and delay health policy decisions.” – R. Mesnage et al., Biomed Research International, Volume 2014 (2014) article ID 179691

A fairly recent study, one out of many, published in the journal Biomedical Research International  shows that Roundup herbicide is 125 times more toxic than its active ingredient glyphosate studied in isolation.(1)  The eye opening abstract reads as follows:

“Pesticides are used throughout the world as mixtures called formulations. They contain adjuvants, which are often kept confidential and are called inerts by the manufacturing companies, plus a declared active principle, which is usually tested alone. We tested the toxicity of 9 pesticides, comparing active principles and their formulations, on three human cell lines. Glyphosate, isoproturon, fluroxypyr, pirimicarb, imidacloprid, acetamiprid, tebuconazole, epoxiconazole, and prochloraz constitute, respectively, the active principles of 3 major herbicides, 3 insecticides, and 3 fungicides.  Despite its relatively benign reputation, Roundup was among the most toxic herbicides and insecticides tested. Most importantly, 8 formulations out of 9 were up to one thousand times more toxic than their active principles. Our results challenge the relevance of the acceptable daily intake for pesticides because this norm is calculated from the toxicity of the active principle alone. Chronic tests on pesticides may not reflect relevant environmental exposures if only one ingredient of these mixtures is tested alone.” (1)

Greenmedinfo describes it perfectly, stating that this just further illustrates the “deceptive semantics of pesticide formulations and their regulation.” This paper does indeed prove that the agrochemical industry conceals the truth about how toxic their chemicals really are, is this not a crime? Is this not mass poisoning through deception? Who exactly is setting the ‘acceptable’ amount when it’s clear there should be no acceptable amount at all?

It’s also worth mentioning here that the African Center for Bio-safety orders Monsanto to stop making false claims about GMOs, you can find out more about that here.

“The problem of underestimated toxicological risk is so severe that the researchers describe previous research which found unexpected toxicity in so-called ‘inert’ adjuvants that were up to 10,000 times more toxic than the so-called active principle glyphosate itself, revealing them to be a greater source for secondary side effects than the main ingredient itself. They also note that this ‘synergistic toxicity’ may explain the results of previous long-term animal research where glyphosate-based formulations showed toxicity in the parts per trillion range that could not be explained by glyphosate alone” (2)(3)

If you think about it, it seems insidious that Roundup herbicide is still heavily used in North America despite the numerous studies that have surfaced illustrating its extreme toxicity. It’s time for North America to do what many other countries have already done, completely ban these pesticides and the GMOs that go with them.

This is why it’s not hard to believe, because there are so many examples of scientific fraud.

Almost four years ago, we published a few articles on studies showing how glyphosate is showing up in the Urine of people and animals across Europe. You can read that article here.

In 1996, Steven M. Druker did something very few Americans were doing then — learn the facts about the massive venture to restructure the genetic core of the world’s food supply. The problem of unawareness still exists today, but it’s getting much better thanks to activists like Druker.

Druker, being a public interest attorney and the Executive Director of the Alliance For Bio-Integrity, initiated a lawsuit in 1998 that forced the U.S. Food and Drug Administration (FDA) to divulge its files on genetically engineered foods.

He’s recently published a book on the lawsuit (2015). In the book, Druker provides details of his experience, and he’s also released the documents on his website showing the significant hazards of genetically engineering foods and the flaws that the FDA made in its policy.

The book has some very impressive reviews. For example, David Schubert, Ph.D., molecular biologist and Head of Cellular Neurobiology at the Salk Institute for Biological Studies said that this “incisive and insightful book is truly outstanding. Not only is it well-reasoned and scientifically solid, it’s a pleasure to read – and a must-read.”

Stephen Naylor, Ph.D., CEO and Chariman of Mai Health Inc., an individual who spent 10 years as a Professor of Biochemistry & Molecular Biology and Pharmacology and the Mayo Clinic stated that Druker’s “meticulously documented, well crafted, and spell binding narrative should serve as a clarion call to all of us.”

You can learn more about the book, and read more reviews HERE.