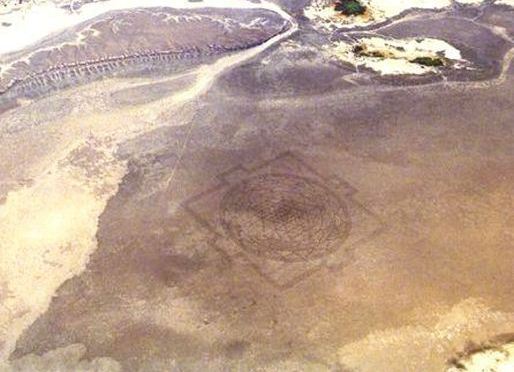 The video at the bottom of the article contains photos and along with a detailed description of a Sri Yanta Mandala crop circle formation that is apparently 13.3 miles of line carved into a dry lake bed in Oregon.

According to Higher Perspectives:

The lines in total equate to 13.3 miles, and are 10 inches wide by 3 inches deep. They were carved into extremely hard, compact dirt, and no signs of the removed dirt can be found also no foot-prints, no tire tracks, and no tool marks.

I find it interesting that many crop circles appear to have a connection to sacred geometry, cymatics, and other metaphysical mysteries. If this was in fact man-made, this was one heck of an accomplishment to achieve. If it is something celestial…again, this was quite an accomplishment. Regardless of its origin, it’s quite beautiful nonetheless.