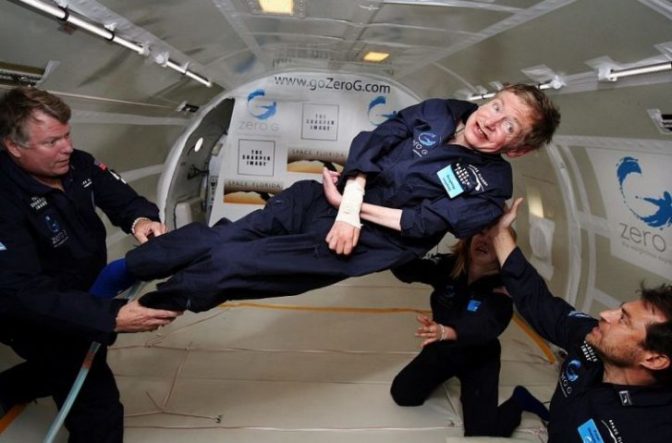 Back in April, a team of scientists announced a new project to explore interstellar space. Named Breakthrough Starshot, the project intends to use lasers to send thousands of smartphone-sized spacecraft to the nearby star system Alpha Centauri. At 4.37 light years away, it is the nearest neighbouring star system to Earth’s Milky Way.

The project is an ambitious one, to say the least. Russian philanthropist Yuri Milner wants the spacecrafts to travel at one-fifth the speed of light — roughly 100 times faster than a typical craft — so that they can land at Alpha Centauri in 20 years. Stephen Hawking has backed the project, saying that “Earth is a wonderful place, but it might not last forever. Sooner or later we must look to the stars. Breakthrough Starshot is a very exciting first step on that journey.”

Milner is a Russian-born billionaire investor who began his career as a physicist. He helped found the Breakthrough prizes, the biggest in science, which were announced in 2012 and are awarded for fundamental research in physics, life sciences, and mathematics.

Last year he and Hawking revealed their $100m project to boost advancements in searching for extraterrestrial life outside of our solar system.

Now NASA says it plans to take part in the lofty project by helping solve one of the most difficult issues at hand: how to alleviate the severe solar radiation of interstellar travel.

Accelerating the “StarChip” with lasers will speed up the travel by 134 million miles per hour, but in order to do this, the vessel must be incredibly light. Installing a proper radiation shield would result in far too much weight, however, so researchers needed to get creative.

NASA first suggested changing its route to Alpha Centauri in order for the probe to avoid radiation. The problem with this idea is that it would lengthen the trip significantly, while not totally eliminating the radiation issue.

NASA and researchers from the Korea Institute of Science and Technology have now considered putting “self-healing” transistors into the probe. To see how well this plan could work out, they’re working with an experimental “gate-all-around nanowire transistor” that might be able to self-heal from radiation damage. These types of chips can be used for flash memory as well as logic transistors, making them perfect for this particular project, since they have extremely small 20-nanometer features — which means they’re lightweight as well as mostly repellent to cosmic rays.

“On such chips, the logic gate completely surrounds the nanowire channel, so by adding an extra contact, you can pass current through the gate and heat it up,” notes Engadget. This results in a heating and cooling “annealing” effect, restoring the chip’s functionality after being infiltrated by ionizing radiation.

“Therefore, the lifetime of devices can be extended, which opens an opportunity for nano-spacecraft sustainable for more than 20 years of deep space exploration,” said KAIST.

Though much more experimentation is needed before this probe can actually get off the ground, it makes the idea of finding another habitable planet near Earth in our lifetime seem far more attainable.