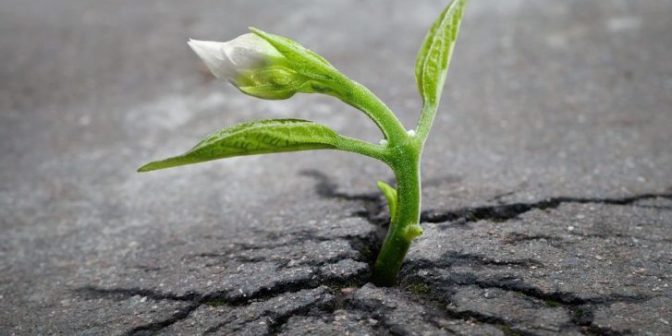 It’s a tricky thing – trauma… firstly, to even see that one has it, then to actually deal with it. The fact that most everyone has it, so people love to support each other’s denial of it, plus the fact that almost every trauma therapist is themselves living in some form of denied trauma, and obviously no one can take someone further than they have yet gone themselves, means that it is difficult for us as a society to tackle this incredibly challenging situation.

But what if there was a REALLY simple solution to both of these problems? Firstly to make it patently obvious to everyone where and how they carry trauma, and secondly to outline a simple path that one can follow to heal it for themselves?

Well luckily… there is! I call it ‘The Sovereign’s Way’ and it is nothing more or less than the process of harmonizing oneself with natural law.

The universe operates based upon a set of immutable principles and laws that govern the operation of EVERYTHING. Different laws govern different things – from the principle of Love, to the Law of Cause & Effect to the complex hierarchy of Laws which create the effect of Gravity – and each law has a consequence for its breach. However the consequences are not penal – we do not have a vengeful god, and karma is entirely misunderstood… punishment is not the way of the universe – loving consequences that are designed to lead those who err back to love and balance is how the universe rolls. Figuring out the difference between the two is how we align out parenting with love/god… but that’s a whole other conversation entirely!

If we take a deeper look at some of the natural laws (particularly those that govern the human soul and its exercise of free will), and we align our lives with them, then we inevitably begin to see where our own trauma lies AND how to address it… we also begin to have a life that is fun, enjoyable and in which we experience real love all the time, but that’s a whole other conversation entirely too… harmonizing one’s life with Natural Law is essentially the key to everything – ‘The Sovereign’s Way to wholeness” – but for today let’s stick with healing trauma!

I’m going to begin by outlining the basis of natural law, in plain simple terms, as it relates to beings who have free will – Everything is Love. Everything is Truth. They are not the same thing, but they cannot exist without each other. All natural principles and laws exist within a hierarchy of law and all operate indiscriminately to restore the balance of Love and Truth wherever a free-will being has made an unloving or untruthful choice. That, in a nutshell, is it.

Today, and with this in mind, we’re going to look at the two most important laws of all (as they relate to the healing of trauma) – the Law of Compensation, and the Law of Forgiveness & Repentance.

Also known as the Law of Karma, the Law of Compensation acts to bring balance to the universe where there has been a transgression of natural law and the Law of Forgiveness & Repentance has not been engaged by the perpetrator and/or the victim. It utilizes the Law of Attraction (the principle that, states in its simplest terms, like attracts like) to fulfill its function.

The Law of Compensation is the law which the majority of us are experiencing the effects of the majority of the time – these are those effects/experiences which we generally complain about all the time; the ones we don’t like to experience. However, unlike the image often held of Karma, its purpose is not penal, nor does it demand endless reincarnation cycles – the law operates on your spirit whether you are physically incarnate or not. The Law of Compensation is an impersonal principle designed to show beings who have free-will what they need to address if they are to cease depleting their condition and begin to improve it (be it as a result of trauma received from, or imposed on, another). Essentially it places a ‘condition’ upon the soul which will attract to it like imbalances until the original imbalance is addressed. Of all the laws, despite it being responsible for all of our perceived negative experiences, it is actually the one which is the greatest of gifts when we understand how to work with it – it literally exists solely to light the path we must walk if we wish to experience more love in our lives.

By way of example, say you find yourself getting angry about being repeatedly awoken every day by road-works or a pesky neighbor. The Law of Compensation is trying to alert you to your anger in a safe environment so that you can address the wound which lies behind the anger. This knowledge, coupled with knowledge of how our wounded selves are formed (something which we cover in depth in the Academy), gives us all we need to navigate our emotional selves to our own healing/evolution/perfection. A life in which every occurrence is viewed this way, is The Sovereign’s Way.

You see, natural law is actually very simple – an action which causes no harm to a living being (including yourself) is in harmony with love and truth and is therefore a natural right, and an action which does cause harm to a living being is not in harmony with love and truth is therefore a natural wrong. The biggest challenge we have is that, for as long as we are carrying trauma, we do not have the capacity to determine what actually constitutes harm – our harm-compass does not point north. It cannot point north so long as we remain unconscious of the true nature and extent of the harm that was caused TO us. So for as long as we are living in these bodies and not addressing our trauma, we are unavoidably carrying out harmful actions to both others and ourselves usually with the best of intentions (even most of our efforts at self-help/personal development fall into this category). In fact, to some degree, on the subtlest of levels, most every action we undertake is coloured by distorted energy and on some level is causing harm.

This is where the Law of Forgiveness and Repentance comes in…

Essentially, all personal healing of any kind requires the fulfillment of the Law of Forgiveness and Repentance, in fact every true healing modality in existence (those that actually heal the cause of an issue, not just the symptoms) ALL engage this law without knowing it… it is the only reason why they work at all. To anyone who can, on further inquiry, see the full depth of the truth of this statement for themself, it automatically stands to reason that simply learning what this law is and how to apply it most effectively is the most efficient way for any person to heal themselves… of anything. And it is not in the least bit spiritual when you understand it clearly. So what does this law actually state?

Repentance is achieved when one has truly accepted, and felt the corresponding emotions of, the harm they have caused, and have redressed as far as possible the physical ramifications of the action. The feeling state of repentance is not one of guilt or shame, though one may well pass through one or both of those on their way there, rather it is a knowing of right and wrong to such an extent that one will never be able to commit the same act ever again.

Forgiveness on the other hand, is not what most of us have been taught to believe… forgiveness simply means to release all negative emotion that has been generated within us as a result of the harmful act of another. When we do this, what most of us now understand to be forgiveness will be a complete and effortless side effect of the real forgiveness process, rather than the troublesome and largely ineffective process most of us currently attempt to engage. Or to say it another way – we can’t forgive what we haven’t experienced the pain of yet. And we can’t repent fully for something until we have truly experienced the pain of the suffering we have caused, which is going to be difficult to do if we haven’t also gone through the process of forgiveness and felt the often terrifying reality of the suffering that was inflicted upon us by others – the same suffering that caused us to adopt the emotionally addictive behavior which lead to us consciously or inadvertently harm others in the first place.

And by the same token, we have to know what we are forgiving someone for. One can’t fully go through the process of forgiveness until one has felt the suffering that they endured, which is going to be difficult if one hasn’t begun to open up to the flow of universal love which itself cannot fully happen whilst one remains in a state of denial (unrepentant) of their own breaches of natural law (harm they have caused to another).

Therefore, forgiveness and repentance are a function of each other and, where we have both participated in and been subject to unresolved transgressions of natural law, we can’t do one without the other. You can’t forgive what you are in denial even happened, and you can’t forgive until you have experienced how much pain was actually caused.

A person who is repenting for the harm he has caused will, for example, have to forgive the those conscious or unintentional acts of harm that were visited upon him, before he will experience the emotional fullness of what he is repenting for.

One who masters the Law of Forgiveness & Repentance is no longer subject to the Law of Compensation (Karma). Such a state is what Buddhism describes as stepping off the wheel of Karma into the state of Dharma, but natural law is really just god’s science – we don’t need to over-spiritualize it in this way. In fact when we stop doing so, such a state becomes a much more realistic possibility from where we stand – we can go straight from A-Z, comparatively easily, without all the hoo-ha.

Much like the process of overcoming fear, where we have no idea just how much fear was controlling our lives until the fear is gone, so it is with forgiveness and repentance – we have no idea just how much we need to forgive and repent for if we are to find balance in our lives – if we are to heal all trauma. We only know, because of the indicators that are present (absence of perfect love, joy & peace in our daily lives), that some trauma remains to be healed. This is the simple mechanism natural law has offered to show us whether we are in denial of the trauma we have experienced or not – are you truly happy with your life?

So the process of healing trauma is the process of forgiveness, and forgiveness requires both forgiveness and repentance. And how do we do that? Know thyself (thy false self), and feel, feel, feel… develop the qualities needed to go truly deep – commitment to truth, self-love, faith, willingness to feel. The rest will take care of itself – VERY quickly, with the least pain and suffering, and most efficiently. Natural Law is just that cool!

Supporting this process is what the Sovereign’s Way Academy is all about. Check out the books, read the articles, join the academy, if you’d like to delve deeper.