Neuroscientist Explores The Pattern Of Prayer And The Psychedelic Experience 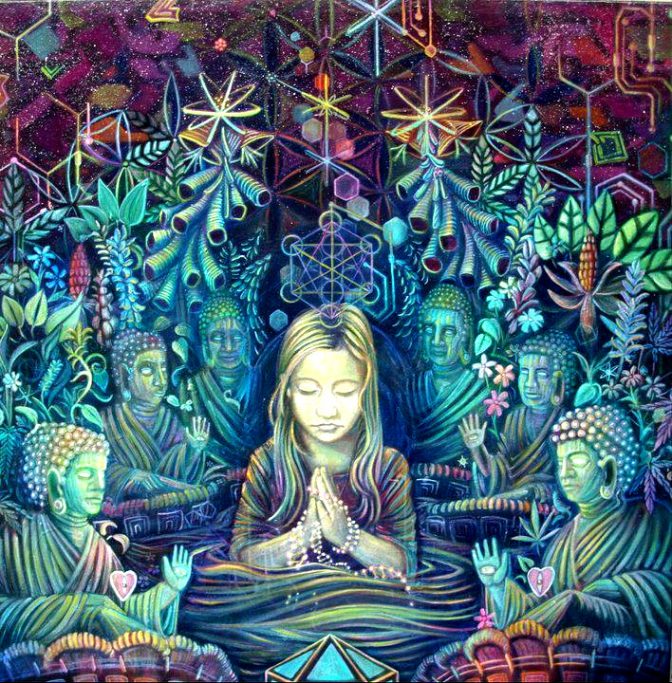 Huffington Post’s new series, Deep Dive (see video below), has been exploring the connection between drugs and religion this past week.

In a recent story, they specifically discuss the psychedelic experience and its connection to prayer. They speak with Newberg, the director of research at Philadelphia’s Jefferson Myrna Brind Center of Integrative Medicine, about his research into how the brain responds to stimulus like prayer and drugs.

“Newberg explained one study that examined the brains of nuns who engaged in “centering prayer,” which is meant to create a feeling of oneness with God. The nuns’ brain scans showed similarities to people who use drugs like psilocybin mushrooms, Newberg said, and both experiences “tend to result in very permanent changes in the way in which the brain works.”

Some argue that a feeling of spiritual connectivity achieved through drugs is “artificial” compared to nuns who experience the same thing without chemicals, Newberg said, but he’s open to the parallels between them.”

Whether or not someone takes a substance to affect them is not the point here. It has to do with the nature of the experience, and how it impacts us spiritually and physically. Regardless of the method, the results seem the have the same affect on the nature of the individual. Mystical traditions have been exploring the infinite nature of our being, and the oneness that is felt through these experiences. Was it due to the strict meditations, fasting, and possible psychedelic rituals they explored? Could it be that Hindu culture worship the cow, due to the psilocybin mushrooms that was found in their dung? Did the concept of Santa Claus and Flying Reindeer come from the Siberian Shaman who experimented with Fly Agaric mushrooms? What about the Blue Lily found in Egyptian art? There is a reason why these plants are considered sacred. Whether or not we want to draw these conclusions, it seems science is starting to do it for us.