New Anonymous Message Urging Humanity To Look Inside of Themselves. It’s Time To Stop Being Brainwashed 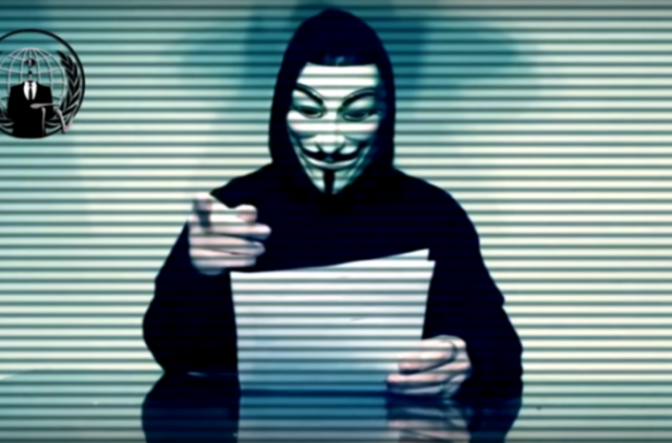 These are just some of the news reports following the United States presidential election that revealed Donal Trump will govern the country for at least the next four years. It was called one of the biggest political upsets in recent history. But what does this violence, this “upset,” really mean?

Anonymous recently released a new video titled “Message to America” that brings a refreshing and urgent perspective to the aftermath of this election:

We have learned that America is at a point of choosing.

The media will say it is about choosing a president.

But it really isn’t.

Our real choice is personal, and every generation must make the same choice.

Will we continue to live in the past with what we know no longer works, or will we move forward to a new and better place?

The people in state after state have made it clear. They cry out for a new path.

Both with the same diagnosis, but both with very different paths to healing.

Millions of Americans have chosen one outsider. We don’t find our fuel in bundlers and special interests, but rather directly from the people. The wide-eyed youth of any age that haven’t given up on the hope that tomorrow can and will be better.

Throughout the election, people across the country were devotedly stuck on one side or another, or admitting that they were going to vote for the lesser of two evils. Alternative media worked tirelessly to expose the corruption of the current two party system, highlighting the dire need for change. People often said they would have voted for a third party candidate, but didn’t want to waste their vote. No matter where one American stood over the other throughout the election, one thing was very clear: The country has, as a whole, been brainwashed into fearing change, and into desiring complacency in what we know.

The video goes on:

They both represented a whole new vision and vibrancy.

A new generation of ideas.

Jack Kennedy looked forward instead of back to the first half century of world war.

He knew that America could dream and build if we were set free.

Not tanks for war, but rockets for exploration.

Reagan looked out – to us – the most powerful force for innovation that the world has ever known:

There we found the new tech pioneers like Bill Gates and a young Steve Jobs. They had vision and the freedom to build a new world that that at the time only THEY saw and because they were free. They challenged the way and changed the way all of us live, work, and interact.

Now it is our turn.

The message harps on the necessity for Americans to take a step back from the violence, from the “upset,” from the brainwashing, and simply look inward to see who we really are; what we really want; what we really need. Americans have, for years, been told what to believe in. As a country, they have been beaten down into puppets. But Anonymous calls for actions:

This generation must first look inward to see who we really are, after years of being beaten down.

Years of being told we couldn’t, shouldn’t, or wouldn’t.

This generation needs to answer a new set of questions.

Can we? Should we? Will we?

Are we still those people?

Those dreamers and doers?

Are America’s greatest generations in our past?

Or are our best days yet ahead?

We must unite because doing so is the first step toward uniting all Americans.

The nation’s founding fathers put aside their disagreements to create a path forward. There were far too many consequences at stake in the foundational principles they wanted to live by if they had tried to burn each other to the ground. So they didn’t. On a fundamental level, they united for the better rather than for personal gain or beliefs. And so, if we all look within today, can we truly say we are satisfied with the current direction of our country? If such a thought were considered sincerely, we might come to see there is more unity in the nation than is currently believed.

One that isn’t led by me or anyone in Washington, but by you.

One where we still have differences, yet we choose to concentrate on what we have in common.

One that lifts others up and believes in the rights, responsibilities, goodness, and strength of all mankind.

We have so much that binds us together: our families, our work ethic, our ability to dream and build unlike any people in history. But most of all our charity, our love for our fellow men and women and our willingness to sacrifice for those in need.

Let us unite, on the things that have always made us great.

This new message from Anonymous is about uniting as a nation to talk less and act more:

You may have been knocked down, but America has always been best when she is lying down with her back on the mat and the crowd has given the final count. It is time for us to get up, shake it off and be who we were destined to be.

Don’t let anyone try to convince you otherwise.

Here is the truth: You don’t need us or any politician.

But we do need each other, all of us, coming together as one, as We the People, because not only do we say – yes WE can, beginning here and now we pledge to each and every one of us, yes we will.