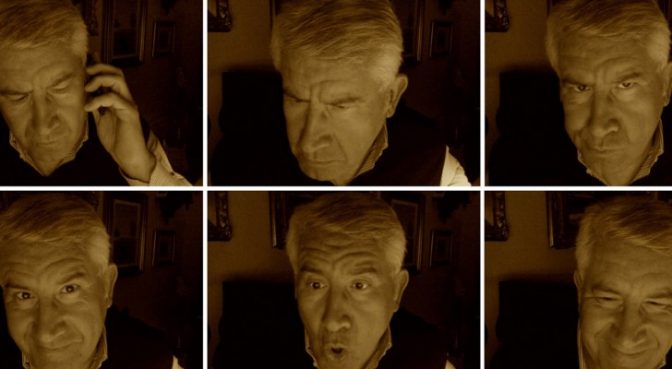 Researchers at the University of Rochester are developing a new app that will turn your computer or smartphone into a ‘mental health monitoring device’.

In a paper to be presented this week at the American Association for Artificial Intelligence conference in Austin, Texas, Professor of Computer Science Jiebo Luo and his colleagues describe a computer program that can analyze “selfie” videos recorded by a webcam as the person engages with social media.

As Luo explains, his team’s app is not to be considered obtrusive; it is merely a build on the current array of health monitoring apps available today, such as apps that track the spread of the seasonal flu or provide information on nutrition and personal health.

The app aims to “quietly observe” your behaviour as you use your computer or smartphone for analysis to eventually provide useful feedback. For example, the team was able to measure a user’s heart rate simply by monitoring very small, subtle changes in the user’s forehead color. The system does not grab other data that might be available through the phone – such as the user’s location.

After recording video, researchers look for “clues” that may offer insight on the mental state of the user, such as head movements, heart rate, blinking rate, and eye pupil radius. At the same time, the program also analyzes both what the users post on Twitter, what they read, how fast they scroll, and the rate of their keystrokes and mouse clicks.

Not every input is treated equally though: what a user tweets, for example, is given more weight than what the user reads because it is a direct expression of what that user is thinking and feeling.

How They Tested The App

In the initial testing phase, researchers took 27 volunteers and sent them messages and tweets to gauge their various emotional reactions to specific content. This information was then uploaded and compared to the monitoring system of the app to see how well the app did in its analysis.

The combination of the data gathered by the program with the users’ self-reported state of mind (called the ground truth) allows the researchers to train the system. The program then begins to understand from just the data gathered whether the user is feeling positive, neutral, or negative.

Currently their proto-app only separates emotions into three factions: positive, neutral, or negative. Luo states that further development and research will allow the app to divide emotions more clearly, such as ‘sad’ or ‘angry’ for the negative category. This would let users be more aware of their emotional fluctuations and make adjustments themselves.

Luo also understands that the use of the app raises ethical concerns around privacy and security. He states that by using the app, the user must give full permission to constantly be monitored, but that the program is designed for the use of the user only and does not share data with anyone else unless otherwise designated by the user.

As artificial intelligence continues to cultivate and engulf the modern world, the line between innovation and uncertainty continues to become blurred. The full implications of this type of technology are still yet to be understood, but one can only imagine the impact of a system like this on our struggle for personal privacy in an era of technological oversight and trespassing.

We want to hear your thoughts on this; do you think there is something to gain from a program such as this? Do you think researchers are crossing the line with regards to privacy ethics? Share with us in the comment section below!