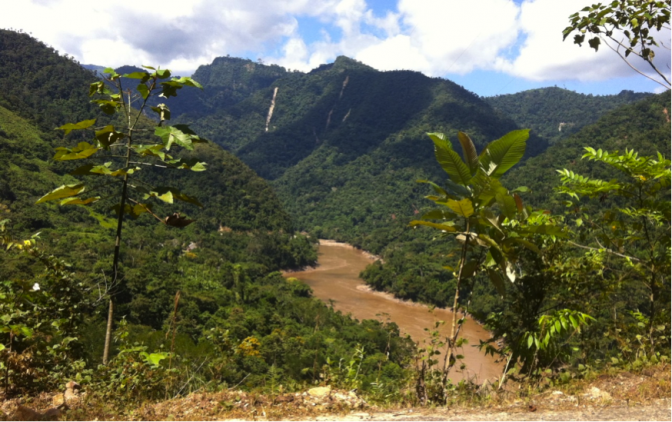 It doesn’t matter what you choose to do in life, or what you might be doing today, the biggest challenge always seems to be the same – human beings! We can either offer each other the greatest support from our cooperation and unity, or the greatest burden from our confrontation and division.

Here in Aguano we have a fantastic group of people who have found each other to ignite this project – we cooperate very harmoniously and we act as one. But we are human, and living in such close quarters, it is inevitable that there will be some interpersonal challenges. What defines us as evolving beings is not necessarily the absence of any and all confrontation or misgiving (though this may be the inevitable conclusion of our evolution), but rather how we handle it when it rears its head. This is a story of the latter…

Last week a situation arose between the five of us which tested our composure and conflict resolution skills – the who thinks who did what to whom is of little consequence to the story, so suffice it to say that the major factor was communication challenges… Clear and transparent communication is the foundation of any successful relationship, and so it has been an additional challenge for the five of us with Emma and I speaking no real Spanish, Jamil and Jasmin speaking only a little English and Mar, who has never really wanted to be the translator, doing her level best to facilitate solid communications between all parties. So when we were all variously speaking to each other in one to one conversations, and all variously hearing different things, with a potential snowball effect of he said, she said drama looming on the horizon, we called a family meeting! There was simply no other way to address the matter than to have everyone say everything to everyone at the same time – one open venue where any misunderstandings and/or lies and/or simple miscommunications would be unavoidably aired… And so that is precisely what we did – we all sat round the table before lunch and began to lay everything out…

Little did I consider when I proposed this idea, that three of our number have passionate Latino personas, and so very quickly the meeting descended into chaos (actually to them I think it was perfectly orderly but to me, with a quintessentially English sense of reserve, it seemed far from it), and so I calmly scoured the kitchen for something that could be used as a ‘talking-stick’… Unfortunately, but nonetheless amusingly, the first thing I found was a bottle opener shaped like a big cock! And so, in the finest tradition of the talking stick, we began passing round a large wooden willy – the ‘talking-dick’ – and within no more than a few minutes had resolved all misunderstandings and clarified all miscommunications!

I was almost taken aback by the efficiency – never before have I participated in any kind of a round table resolution session that has concluded itself quite so quickly and so clearly. Whilst most of us would probably like to think it’s because we’re such open people, I personally think it was more to do with the disarming effect which issues when you speak your truth at large rosey-red penis as your fellow family members smirk back at you!

And the moral of the story? Well, who would have thought it – after 100’s of 1,000’s of years of struggle and strife, it finally emerges that all our species ever needed in order to maintain happy family environments was a (not so) innocent lump of wood – every home should have a talking-dick!