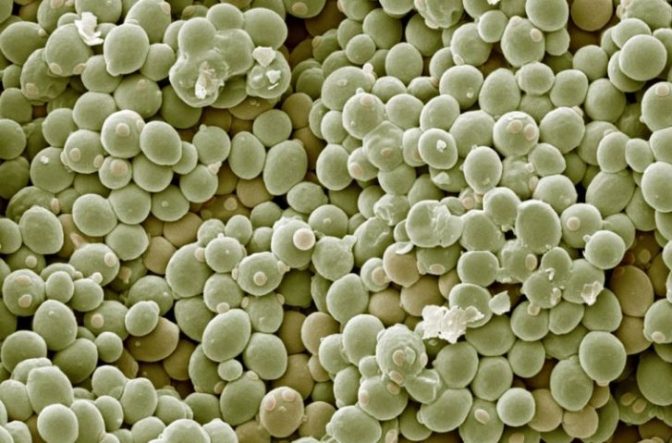 The term “genetically engineered” usually gets a lot of flack, and rightfully so given the fact that, whether you’re for or against GE-modified foods, you likely want labels to let you know what you’re purchasing. But there’s something positive coming out of the GE world in terms of food.

There’s now a genetically engineered version of the fungus found in bread and beer that can help clean up the environment. And as we know, the environment severely needs our help.

A team of seven scientists at institutions in Romania and Norway developed the yeast that has the potential to clean up heavy metal pollution, with, according to their research, the most effective strains able to soak up 80 percent of metal ions.

The process, in which plants, microbes, or fungi are used to remove pollutants, is called bioremediation. And it’s being touted as one of the best ways to clean the environment. It is important to note, nonetheless, that when heavy metals are involved, the process is a bit trickier, since some plants don’t grow big enough to make an impact on cleaning contaminated water.

Heavy metal contamination is harmful to both humans as well as wildlife, capable of increasing risks of both carcinogenic and systemic health effects. This knowledge makes finding a solution pressing, and so a team of scientists led by Lavinia Liliana Ruta at the University of Bucharest made it their duty to create genetically engineered yeast to soak up toxic metals.

The researchers created genes made up of a cell membrane anchor, green fluorescent protein, and a metal-binding peptide. The yeast was accompanied by different types of peptides to clean up different types of heavy metals. Cysteine peptides, for instance, were found to best soak up cadmium and silver, while histidine peptides were good for nickel and cobalt.

As of yet, the eco-friendly yeast is limited to the lab, with several years anticipated to go by before it can be used as a cleanup tool. The next step for the team is to find a way to make the genetically engineered yeast serve in a real world setting, such as in a water treatment plant. The team also faces the setback of how to dispose of the yeast once a site is restored. Still, the prospect of such a tool is promising.