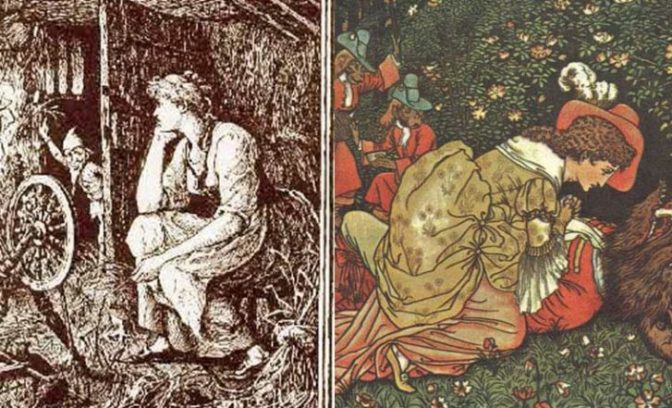 When you think of fairy tales, you might think of being tucked into bed by your parents and whisked away to another world as they recited a story so mesmerizing you could hear it a hundred times over. Many of your favourite fairy tales have gained so much popularity around the world that they have taken on one form or another in multiple societies. But did you ever think about where they originated from?

Modern linguists and anthropologists have pinpointed the origin of most fairy tales to the time they were first written down, making them several hundred years old. However, new research suggests they could actually go back thousands of years.

In their paper, published in Royal Society Open Science, Sara Graça da Silva, who is a social scientist/folklorist with New University of Lisbon, and Jamshid Tehrani, who is an anthropologist with Durham University, note how their phylogenetic analysis was conducted to cause them to believe at least one fairy tale stems back to the Bronze Age.

For their research, the team utilized a technique common in biology, in which they built phylogenetic trees to trace linguistic characteristics back to their origin. They began with 275 fairy tales involving magic, and then cut them back to just 76 basic stories. Next, trees were built with the basis of Indo-European languages, of which some have gone extinct. This allowed the researchers to find proof that some fairy tales, like Jack and the Beanstalk, were rooted in other stories, and could therefore be traced back even farther, to a time when Western and Eastern Indo-European languages parted ways nearly 5,000 years ago, before the Bible and Greek myths.

“We find it pretty remarkable these stories have survived without being written. They have been told since before even English, French, and Italian existed. They were probably told in an extinct Indo-European language,” Tehrani said.

Da Silva attributed the stories enduring on behalf of  “the power of storytelling and magic from time immemorial.”

She went on to say:  “Besides, the motifs present in fairytales are timeless and fairly universal, comprising dichotomies such as good and evil, right and wrong, punishment and reward, moral and immoral, male and female. Ultimately, despite being often disregarded as fictitious, and even as a lesser form of narrative, folk tales are excellent case studies for cross-cultural comparisons and studies on human behaviour, including cooperation, decision making, [and so on].”

The team put confidence factors on different outcomes, which revolved around how strong the trees were that could be built. Some were much less clear than others, however, one fairy tale, The Smith and The Devil, was extremely clear. They traced it all the way back to about 6,000 years ago, during the Bronze Age.

One of the famous Grimm brothers, Wilhelm Grimm, who published many fairy tales back in 1812, once said that he believes many of the fairy tales are thousands of years old. His conviction was ultimately discredited, but now the researchers’ results point to him being right all along.

Marina Warner, who has written a history of fairy tales, was fascinated by the researchers’ findings. “What’s interesting to me is it shows how deeply this creative power of the imagination lies in the human being, how it’s about making sense of your world by inventing narratives that resist its difficulties,” she noted. “In the case of The Smith and the Devil, it’s a cunning tale – the trickster tricked, showing a very ancient version of that defiance of difficulty. That capricious chance will play tricks on you, but you, with cunning, will be able to resist that. It’s a kind of joke the audience shares to feel a little better.”