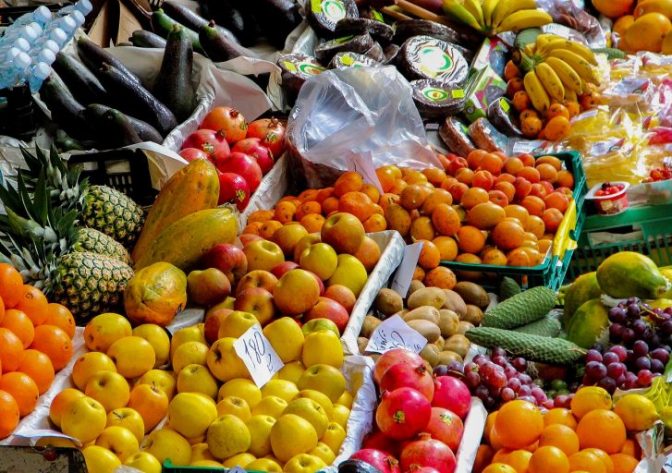 (NaturalHealth365) When it comes to the health benefits of fruits and vegetables, we all sense that “more is better.” However, new research is confirming that we should be eating double the current recommended dietary guidelines in order to reap the benefits of antioxidants. Higher amounts also increase the body’s ability to fight and prevent disease.

Scientists from the Imperial College in London looked at 95 previous studies of fruit and vegetable intake. They found that the highest health benefits of antioxidants and vitamins from fruits and vegetables came from eating 10 portions a day.

The meta-analysis looked at all of the current available research on fruit and vegetable intake worldwide. A total of 2 million people were assessed related to 81,000 cases of cardiovascular disease, 43,000 cases of heart disease, 112,000 cancer cases, 47,000 cases of stroke, and 94,000 premature deaths.

As a result of the study, the research team estimates that around 7.8 million premature deaths could potentially be prevented worldwide each year by eating 10 portions of fruits and vegetables per day. The study results were published in the International Journal of Epidemiology.

Find ways to eat fruit and vegetables at every meal

The researchers found that some of the most effective fruits that support health are apples, pears and citrus fruits. The most health-supporting vegetables were cruciferous types like broccoli, cauliflower and cabbage, as well as green leafy vegetables such as spinach, chicory and lettuce.

So, that advice Mom gave you is correct: eat your fruits and vegetables! And, of course, be sure to buy organic, locally grown produce – as much as possible.