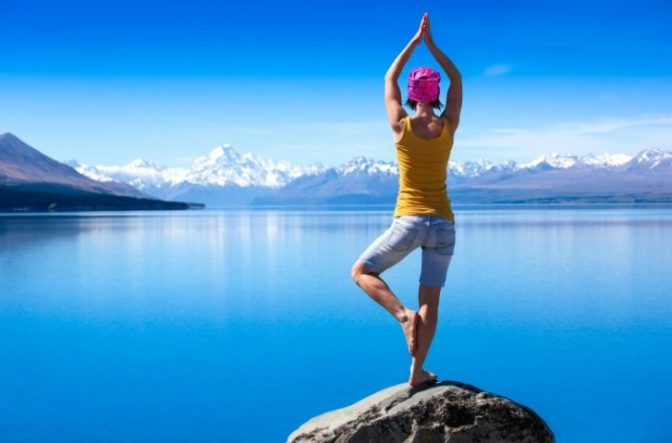 The ancient practice of yoga has long been revered for its mental and physical benefits. The research standing behind it is just a bonus, merely supporting what many yogis could already tell you from personal experience.

In today’s fast-paced society that strips away our ability to slow down and enjoy the moment, stress, anxiety, and depression are on the rise. Depression alone affects more than 15 million American adults, or about 6.7 % of the U.S. population age 18 and older, in a given year.

The most common treatment for depression remains a combination of antidepressant medicine and psychotherapy — sometimes called “talking therapy.” But new research suggests we may wish to break these standards for treatment.

According to a new study, titled “Adjunctive yoga v. health education for persistent major depression: a randomized controlled trial,” which was published in Psychological Medicine, more than half of depression sufferers saw their symptoms improve by over 50% with weekly yoga classes.

The study, led by Lisa Uebelacker, PhD, a research psychologist in the Psychosocial Research Department at Butler Hospital, a Care New England hospital, and an associate professor of psychiatry and human behaviour at The Warren Alpert Medical School of Brown University, is the largest of its kind to investigate the link between exercise and depression.

The researchers looked at the effects of hatha yoga on 63 patients suffering from severe depression. The results were compared against 59 severely depressed patients who took health education classes. All of the individuals participating in the study were taking antidepressants.

“The purpose of this study was to examine whether hatha yoga is effective for treating depression when used in addition to antidepressant medication,” explained Dr. Uebelacker.

“We hypothesized that yoga participants would show lower depression severity over time . . . as well as better social and role functioning, better general health perceptions and physical functioning, and less physical pain relative to the control group,” she explains.

“We did not see statistically significant differences between hatha yoga and a control group (health education) at 10 weeks, however, when we examined outcomes over a period of time including the three and six months after yoga classes ended, we found yoga was superior to health education in alleviating depression symptoms,” she continues.

Because the effects didn’t occur until six months into exercising, the researchers believe the benefits of yoga may likely accumulate over time.

Though this specific study didn’t specify exactly why yoga reduces depression, a review of 15 studies conducted by King’s College London earlier this year concluded that women suffering from premenstrual tension found taking up yoga to be highly beneficial for reducing their levels of anxiety, stress, and mood swings.

The study specified that yoga worked to alleviate the participants’ symptoms by cutting levels of the stress hormone cortisol, while also helping them to put their focus onto breathing and poses and away from their symptoms.