Oil of Oregano is a Natural Antibiotic and Anti-Fungal Remedy 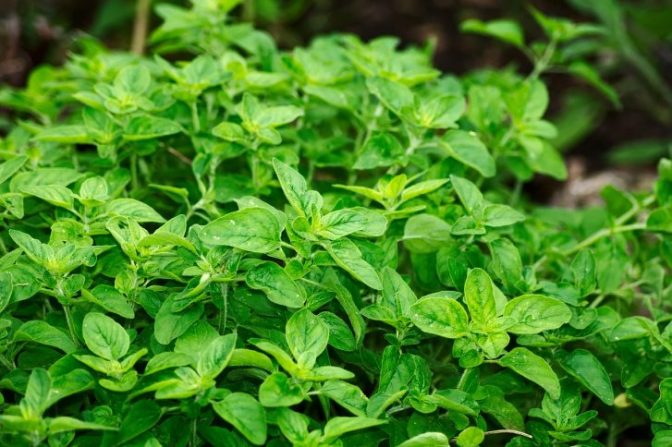 (NaturalHealth365) Western medicine relies heavily on antibiotics to treat diseases – and sometimes these drugs are truly needed. But the rise of antibiotic-resistant “superbugs” – along with the serious side effects that can accompany antibiotic use – has triggered an urgent search for naturally-sourced substances, like oil of oregano, to kill pathogens safely and effectively.

Now, recently-published research is revealing the potential of a familiar Mediterranean cooking herb to do just that.  And, the results are stunning.

A member of the mint family, oregano is scientifically known as origanum vulgare L. The name “oregano” derives from the Greek words for “mountain” and “joy” – and oregano certainly seems to be bringing joy to researchers when it comes to its surprising antimicrobial properties.

In a study conducted at Georgetown University Medical Center and published in Molecular and Cellular Biology, the research team investigated the ability of essential oil of oregano to kill Candida albicans, a fungal yeast overgrowth that can cause joint pain, exhaustion, and digestive problems.

What they found was amazing: at concentrations of .25 mg/ml, the wild oregano oil – a blend known as P73 — completely inhibited both the germination and the mycelial growth of C. albicans in cultures.

Researchers also tested the ability of P73 to treat C. albicans in infected mice, administering a mixture of oregano oil and olive oil – the latter used as a “vehicle.” They found that 80 percent of the oregano-treated mice survived – while mice given only olive oil all died within ten days.

The team credited oil of oregano with “potent’ antifungal effects against C. albicans.

In a 2012 study, researchers found that oregano essential oil inhibited the growth of 20 different clinical bacterial strains of E. coli – which can cause severe gastrointestinal problems, anemia and even kidney failure – and 20 strains of P. aeruginosa, which can cause ear infections, skin rashes and pneumonia.

The encouraging results led researchers to call for further study on oregano oil as an alternative antibacterial remedy – and to explore its use as an “effective means for the prevention of antibiotic-resistant bacteria.”

Additional studies have shown that oil of oregano kills at least 30 different strains of disease-causing bacteria – including staphylococcus aureus, the leading cause of skin and soft tissue infections – along with coronavirus, a primary cause of the common cold, as well as a cause of pneumonia and other respiratory infections.

What makes this all-natural oil so potent?

Oregano’s two most formidable weapons are a pair of volatile oils, thymol and carvacrol. Carvacrol has also been studied for its therapeutic effects, and a 2016 study published in European Review for Medical and Pharmacological Sciences showed that carvacrol from oregano oil protected against methotrexate toxicity in rats.

Other constituents in oregano include various flavonoids, along with essential vitamins and minerals – including iron, manganese, vitamin E, tryptophan and omega-3 fatty acids. Oregano also contains ursolic acid, a powerful antioxidant and antibacterial agent in its own right.

Even MRSA is no match for oil of oregano

The World Health Organization has classified the advent of “superbugs” as a global public health crisis. Currently, methicillin-resistant staphylococcus aureus – or MRSA – strikes 80,000 people and claims over 11,000 lives worldwide every year.

But the news on oregano oil just keeps getting better, with a team of British and Indian researchers reporting that essential oil of Himalayan oregano – simply, oreganum vulgare that happens to grow in the Himalayas – is effective against the MRSA pathogen.

According to researcher Professor Vyv Salisbury, the essential oil kills MRSA at a dilution of 1 to 1,000. The oil kills MRSA both as a liquid and a vapor, with the antimicrobial ability undiminished by heating in boiling water.

Plans are underway to develop an oregano-based soap to be used in hospitals, both for washing of hands and disinfecting surfaces.

How should I take essential oil of oregano?

P73 oil of oregano is available in capsule form.

Naturopaths and herbal healers advise essential oil of oregano for colds, flu, sinusitis and other respiratory illnesses, as well as for candida and yeast infections.

It can also be used for duodenal and gastric ulcers – in conjunction with other medications that target H. pylori – and, when mixed with coconut oil, can be used topically for athletes’ foot and ringworm.

Because oil of oregano is so potent, you should only use it under the guidance of your trusted naturopathic physician, who can advise the correct dosage for you.  Some experts say oil of oregano should be diluted with water or mixed with coconut oil – and not taken internally for more than two weeks.

Because oregano oil is such an effective antibacterial agent, long-term use can deplete levels of friendly gut bacteria. So it’s wise to make sure you consume sufficient amounts of probiotic foods – such as live-cultured yogurt, miso soup or sauerkraut – along with prebiotic foods such as garlic, onion and raw asparagus.