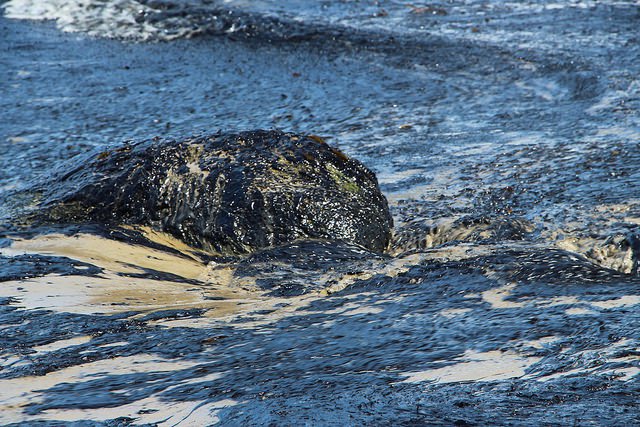 Perhaps our world has become too numb to reporting on important news. There is an overwhelming desire by mainstream media, and ultimately, much of the public, for BIG news: news with fancy headlines and jaw-dropping statistics; news that makes definitive claims about our health; news that frightens us, or shocks us, or simply impresses us. And when things happen, good or bad, reporters are left to wonder who will care, and how that will affect them, because they fear the “been there done that” mentality.

But the problem is even bigger than that. It’s also powerful people and government officials who look out for their own agendas.

Environmental damage goes underreported far too often as a result of it not seeming disastrous enough to catch people’s attention, or because awareness of it might harm the full pockets of people in power. But without the knowledge of all of the happenings around the globe, both big and small, we allow ourselves to let our world as we know it slip away.

A marine oil spill in the Pacific Ocean is being reported as “relatively tiny.” The spill occurred in mid-October when two tanks containing oil or contaminants from a submerged tug west of Bella Bella, a reserve located off British Columbia’s central coast, were damaged when the vessel ran aground, causing oil to leak into the Pacific Ocean along the coast.

“When the tug ran aground on Oct. 13, the lube tank contained about 2,400 litres of oil. The bilge tank was believed to have held nearly 3,700 litres of water, oil, sludge and other engine-room and ship’s contaminants called dirty bilge,” reported The Canadian Press.

A joint situation report issued by the American tug owner and federal, provincial, and First Nations groups said divers reported that “about 1,200 liters of a lube oil and seawater mixture has been removed while the hydraulic oil and gear oil tanks have been pumped, but it does not mention any further recovery of the thousands of liters of diesel oil still believed to be aboard,” The Canadian Press also said.

The contaminants from the tug caused an almost immediate closure of bivalve shellfish fisheries in Seaforth Channel and Gale Passage, while the Heiltsuk First Nation called the event an environmental disaster that has wreaked havoc on its economy due to their reliance on harvests from clam beds.

But the news remained quiet worldwide, despite the province announcing back in February that a new law would mandate oil companies to have a “world-leading” response in regards to oil spills on land.

The lack of international interest, no matter the aftermath of the Royal Visit to the region — which aimed to highlight the importance of preserving the health of the coastline — shows how little Canadian lawmakers care about reducing the potential for disasters like this from occurring.

The Central Coast provides access to the Pacific Ocean, as well as a fairly direct line for fossil fuel exportation from liquefied natural gas sites around the province, and even tar sands oil from nearby Alberta.

October’s oil spill is an ongoing problem, and has provoked many local residents to demand a full tanker ban along the Central Coast. Yet no matter the facts, including the presence of the Great Bear Rainforest along the Central Coast of British Columbia, which is seen as “one of the most pristine wilderness environments on earth” and is being overwhelmed by thousands of litres of oil, the federal government pays no mind. They seem to want to remain reactive rather than proactive.

In fact, instead of agreeing to the suggested ban, the Liberal government of Prime Minister Justin Trudeau actually proposed a $1.5 billion (CDN) fund for oil spills — to be used only after they occur.

And so, with underreported news and conflicting political agendas, fragile ecosystems in the Central Coast region continue to suffer.