Optical Anomaly or Metaphysical Phenomenon? Theories About the White Orbs in the Sky 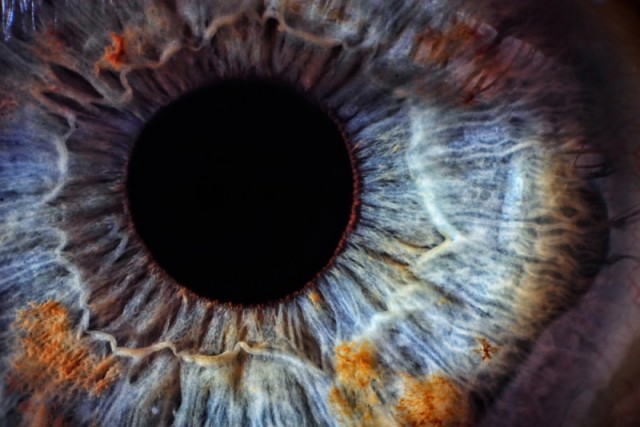 Have you ever looked into the sky and noticed those little white orbs that zig and zig erratically across your field of vision? (They’re easiest to view against a bright, blue sky.) The general consensus for the metaphysically-minded is that these squiggly dots are, in basic terms, little balls of energy. However, the medical community calls the occurrence “Scheerer’s phenomenon”, or “blue entoptic phenomenon.”

Before diving into the scientific explanation, let’s first point out that this phenomena is completely separate from the appearance of “floaters”. Floaters are specks of dust and lint that get caught in the eye, and are easily characterized by their sluggish movements as they float along (rather than appearing to move rapidly, as if propelled). Scientifically, blue entoptic phenomenon occurs when white blood cells move in front of the retina. Because white blood cells cannot absorb blue light, gaps are created within the field of vision that appear as bright dots.

However, the metaphysical explanation, first detailed by theosophist C. W. Leadbeater in 1927, asserts that the white moving balls are “vitality globules”; vitality being, in essence, the force that’s generated primarily from sunlight and other elemental sources.

“Many a man, looking out towards the distant horizon, especially over the sea, will notice against the sky any number of the tiniest possible points of light dashing about in all directions with amazing rapidity. These are the vitality globules, each consisting of seven physical atoms, specks charged with that force that the Hindus call prana. It is often exceedingly difficult to be certain of the exact shade of meaning attached to these Sanskrit terms, because the Indian method of approaching these studies is so different from our own; but I think we may safely take prana as the equivalent to our vitality.” – C. W. Leadbeater, The Chakras

The colorless vitality globules are apparently drawn into the chakras, and each of the seven atoms that compose the globule take on a different color. These colors are processed by a different area, or spoke, of the chakra (red, orange, yellow, green, blue, violet, and rose), and are distributed within the body wherever their specific color frequency is needed.

It’s theorized that we can, through intention, “charge” the globules with energy, which strengthens them and increases their vitality and occurrence. However, if you allow “negative” energy to emanate off of you, the globules may weaken and disperse. Although the vitality globules are still present during cloudy days, they are not as frequent or vibrant without abundant sunlight. If you live in an overcast area, you can opt to soak up vitality through trees. Plants need only a portion of the energy that they absorb, and strengthen the unused energy in a way that helps us absorb and process the excess globules.

Interestingly, energy healers, clairvoyants, and the generally-perceptive claim to see the vitality globules regardless of the presence of the color blue. Based on anecdotal evidence, as well as the respected works of C. W. Leadbeater and other pillars in the field of theosophy and energy medicine, we can confidently theorize that the blue entoptic phenomenon explanation does not encompass the entire spectrum of this experience.