Our Enduring Fascination With Synchronicity 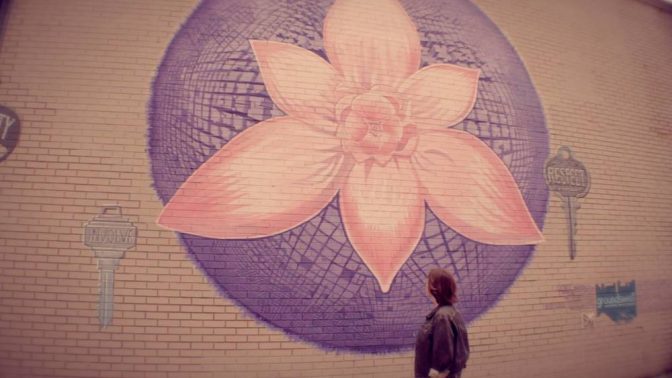 Image by Time is Art

‘Time is Art’, a narrative documentary film-in-progress that explores synchronicity and the role of visionary art, is preparing for worldwide release in three languages on 11/11/2015. The film follows a writer’s metaphysical journey through inspiring urban and natural settings in California and New York guided by author, Graham Hancock, biologist, Rupert Sheldrake, Carl Jung historian Richard Tarnas, visionary artists Alex Grey and Allyson Grey, mystic, Toko-pa Turner and many other scientists, artists and activists. The transmedia project which also includes a book of the same name, comes at an important moment in new science, quantum physics and consciousness studies.

This year is the 63rd anniversary of Jung’s (1952) concept of synchronicity. “In response to the seemingly growing popularity of this concept, Princeton University Press, in 2010, decided to reissue the seminal publication Synchronicity: An Acausal Connecting Principle. Although a complete formulation of synchronicity was published only in 1952, Jung had used the term in his lectures as early as 1929 (Cambray, 2009).

Carl Jung used synchronicity to refer to a meaningful coincidence of an outer event with an individual’s inner state in which there is no apparent causal relationship. The term consists of the Greek words for joined with and in time, suggesting a bond that takes place in temporal correspondence. Synchronicities are also associated with the uncommon and often consist of numinous, life-changing, and deeply spiritual experiences (Main, 2007); these synchronicities can play a critical role in an individual’s growth and personal transformation (e.g., Richo, 1998).” – Dan Hacoy

This year also marks the 32nd anniversary of thePolice’s 1983 hit album “Synchronicity”. Early on in the making of our film ‘Time is Art’, I had a pretty wild synchronicity concerning the Police’s album. We were traveling back from the Berkshires in Massachusetts and had stopped at a funky looking restaurant serving questionable Mexican food. I think the owner mentioned she was either an ex Hollywood makeup artist or just liked to wear a ton of makeup. She literally looked as if she had come from a 1950’s hollywood set. The tiny place was packed full of a surprising amount of old magazines, art and furniture from the 50, 60’s and 70’s. In that moment I was thinking about the film, as it occupied my mind constantly, since we were still hashing it out through research, conversations and brainstorming sessions. There was a large stack of old Life Magazines and Rolling Stones from the and 70’s and 80’s. I looked through a few and by the third one I was just flipping the pages quickly and came to a page with an advertisement for The Police’s Synchronicity album!

At the time, even though I was a huge Police fan, I did not realize that their most popular album was called ‘Synchronicity’.  For some reason I had not connected the dots, so for me this was confirmation that the project warranted more thought and research. (Whats unprecedented is that the album was so massively appealing that millions purchased it as well as the preceding four Police albums in numbers great enough to place all five on the 1983 sales chart simultaneously at year’s end.)

A quick survey of popular books and academic publications indicates that the idea of Synchronicity has never been more popular.

Just in the last year, several large international conferences have been held on synchronicity and related topics, including the Synchronicity: Matter & Psyche Symposium at Joshua Tree National Park where much of the film ‘Time is Art’ takes place. The upcoming Synchronicity Summit at Omega Institute in Rhinebeck, NY features a plethora of academics and researchers such as Jon Turk, PhD, and Neurosurgeon Eben Alexander, MD .

Besides synchronicity, the film also explores an alternative to the materialistic and exploitative money-driven society we are all expected to live in. Synchronicity shows us that there are other ways of understanding our role in the universe. When you think of someone and then 5 seconds later they call you, its not a coincidence. During our film shoot with Rupert Sheldrake he argued that synchronicity is also a bit like telepathy. In one of his books he talks about why dogs can sense that their owner is coming home. Elephants, horses and other animals flee and hide for cover hours before massive storms hit. How is this possible if all of life is not interconnected and communicating through unseen realms of reality?

‘Time is Art’ is meant to fuel and inspire this growing movement. Says ‘Time is Art’ co-director, Joél Mejia, “We want to contribute to the awakening in global consciousness that we are witnessing right now. To contribute to the increasing number of conversations about our understanding of time, space and interconnectedness that resonate with so many people right now.”

The title, ‘Time is Art’, coined by the visionary author, José Argüelles, whose work is a major inspiration for the film, is a twist on the catch phrase “time is money”. In the world of the film, “time” is unyoked from the relentless pursuit of material and capital gain and the audience is given an alternative framework: ‘What if we lived in a world where time is linked with creative potential and art?’—hence the film’s title, “Time is Art”.

In a recent article, Aaron Kase of Reset.me says of the film, “ultimately, the film is about how to shift from being caught up in an ego and success-driven society into a state of seeking peace and community anywhere we go.”

Brent Marchant via Vivid Life, also wrote “Even though many worthwhile films in this genre have been released in recent years, “Time is Art” could well prove to be one of the most important offerings in this vein.”

The filmmakers recently launched a teaser/extended trailer and are currently running an Indiegogo campaign that ends August 1st to raise post-production funds. The trailer, pitch video, and additional information about the production are available on the Indiegogo site, as well as pre-orders of the film, soundtrack and book plus perks like a special dinner with the filmmakers and passes to the premiere on 11/11/15 in NYC as thanks for contributing to the Indiegogo campaign.