Most Overlooked Reason Why Weight Loss May Be Difficult 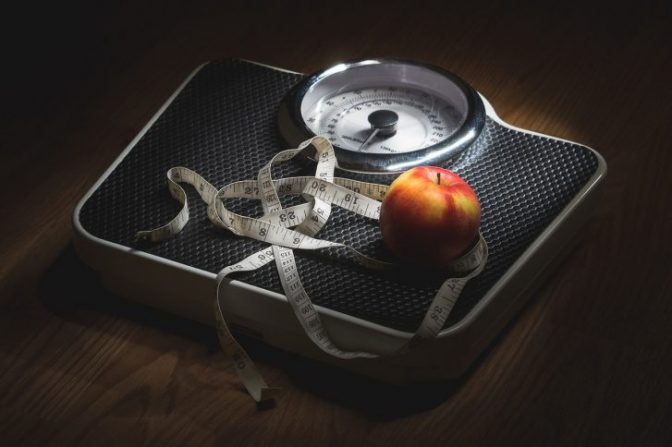 (Naturalhealth365) No doubt, weight loss is a top priority for millions of people – for good reason.  But, with many people disappointed in their results – science is (finally) getting closer to admitting WHY it’s so difficult to lose weight. (let’s take a closer look at this issue.)

In reality, being overweight or obese has reached epidemic proportions in the United States, with the U.S. Centers for Disease Control and Prevention (CDC) estimating that two out of three adult Americans are currently overweight.

To make matter even worse, a disturbing one out of every six children is ‘medically obese,’ raising the risk of high blood pressure, type 2 diabetes and depression. Although Western medicine places the blame on lifestyle habits such as poor diet and insufficient exercise, emerging research is demonstrating that another factor may be at work.

Recent studies show that substances called obesogens can cause extra pounds to accumulate – torpedoing efforts at weight loss. Let’s look at how obesogens can frustrate even the most well-designed weight loss programs.

Obesogens explain WHY weight loss is so difficult for many people

In an article published in Environmental Health Perspectives, the authors reported that certain industrial, pharmaceutical and dietary compounds can function as obesogens – substances that can alter metabolism and predispose people to gain weight.

The term “obesogens” was originally coined by Bruce Blumberg, a biology professor at the University of California, who in 2006 discovered that tin-based compounds known as organotins predisposed laboratory animals to gain weight.

Simply put, obesogens create extra poundage and increase body mass by a variety of sneaky mechanisms. These harmful compounds increase the number of fat cells, or adipocytes, in the body – while increasing the capacity for fat storage in cells that already exist.

Obesogens also are capable of changing metabolic rate, affecting the hormonal control of appetite and satiety – or sensation of fullness – and shifting the energy balance to promote storage of calories. All of these functions can conspire to cause overweight and even obesity.

In addition, most obesogens are also endocrine disruptors – substances which interfere with the endocrine system and cause unwanted developmental, neurological and immune effects. Endocrine disruptors can cause problems by mimicking natural hormones in the body, binding to cell receptors and blocking the way natural hormones are made or controlled.

Where are obesogens commonly found?

Experts say that between 15 and 20 different chemicals have been shown to cause weight gain. And, to find them, you need look no further than your own kitchen, bedroom, bathroom or garden.

The list of known obesogens includes specific pharmaceutical medications, pesticides such as atrazine and DDT, dioxin and dioxin-like compounds, PCBs (polychlorinated biphenyls) and plasticizers such as BPA (bisphenol A).

This means that obesogens can lurk in everyday items – such as plastic bottles, coffee cup lids, food packaging, detergents and cosmetics. They can also appear in pesticides that are sprayed on the produce we eat, and even exist naturally in certain foods.

Evidence of the ability of these chemicals to trigger weight gain is piling up. Studies have shown that both atrazine, a common weed-killer, and DDE – a breakdown product of DDT – are linked to insulin resistance in animals and increased body mass in children.

The diabetes drug Avandia (rosiglitazone) has been linked to weight gain in humans and animals. Common plasticizers and PVC plastic products contain phthalates – known endocrine disruptors which are linked to obesity in humans.

And, finally, BPA found in plastic water bottles have been shown in animal studies to increase the size of fat cells, worsen glucose intolerance and increase abdominal fat.

(Is it so surprising that the current obesity epidemic coincides neatly with the advent and widespread use of industrial chemicals in the United States?)

Interestingly, natural dietary obesogens have been identified as well, most notably genistein, an endocrine-disrupting estrogenic compound found in soy and soy products. Many natural health experts advise limiting dietary intake of soy – which is also linked to reproductive problems.

Researchers say that the majority of harm from obesogen exposure occurs before birth, especially during prenatal development when organs and neural systems are forming.

While early-life exposures are irreversible, scientists say that reducing exposure to obesogens can minimize the health effects that could develop from ongoing adult exposure. (In other words – it’s never too late to take positive steps to improve your health!)

Obesogens promote obesity by causing certain stem cells to incline towards fat cell development – at the expense of other cell types, such as muscle and bone. This change has a lasting effect on the health of the fetus, and raises the odds of developing obesity and metabolic disease later in life.

An animal study showed that a one-time exposure to an obesogen in the womb was enough to alter the offsprings’ metabolism, while predisposing them to produce more – and bigger – fat cells.

Another study found that giving the obesogen PFOA (perfluorooctanoic acid) to pregnant mice led to their offspring becoming obese later in life.

How do I minimize my exposure to obesogens?

According to physician and environmental toxicologist Stewart Lonky, MD, the first order of the day is to minimize plastics in your life – by reducing the purchase of plastic items and the use of plastic bags. Avoid plastic-wrapped produce and meats, and opt for paper wrapping instead.

Noting that plastic in landfills can end up in groundwater, Dr. Lonky also stresses the importance of filtering drinking water.

Folic acid, which has been shown to reverse epigenetic changes in animals, is also available as a supplement.

Dr. Lonky also reports that foods rich in methionine – such as organic cage-free eggs, lean grass-fed beef and Brazil nuts (to name a few) – have also been shown to reverse genetic changes from obesogens.

Although obesogens have been shown to affect metabolic “set points” for gaining weight, exposure to them does not doom you to a lifetime of obesity. Proper nutrition and exercise can go a long way towards promoting weight loss – especially if you avoid the Standard American Diet (which is high in toxic forms of saturated fats and low in disease-preventing antioxidants plus fiber) and opt for the (healthier) Mediterranean-style diet – loaded with plant-based nutrition.