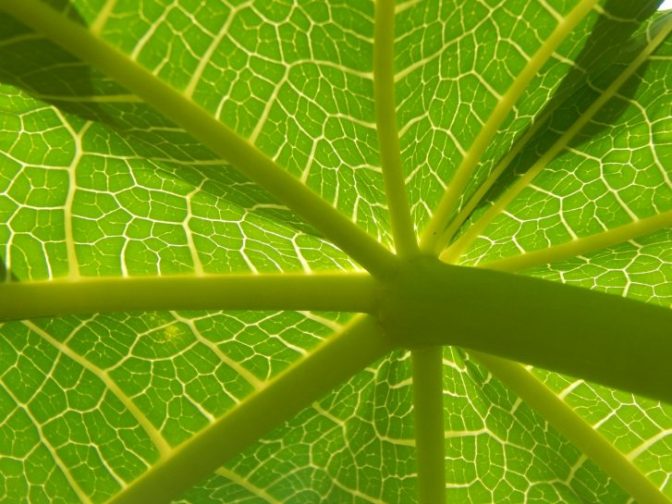 (NaturalHealth365) For thousands of years, herbal medicine extracted from herbs and plants (like papaya) has been a key pillar of Ayurvedic (Indian), Chinese, European and Native American medicine – not to mention a host of other traditional medicine systems.

And while medicine as a field has evolved and many of these herbal remedies have gone mainstream – extracted, processed, packaged, patented and marketed as drugs – ‘alternative medicine’ is certainly still alive and well.

One plant that has served as a popular source of herbal medicine over the centuries is the Carica papaya. Different parts of the papaya plant have long been used as ingredients in folk medicine, including the fruit itself, the dried version of it, seeds, leaves, dried leaves, as well as the roots. These have all been used as treatment for a wide range of diseases, and now there appears to be another breakthrough.

Is papaya a panacea for viral disease?

It was back in 2009 when researchers at the Asian Institute of Science and Technology first established that papaya leaf juice for low platelet count works effectively for patients suffering from dengue fever.

Dengue fever is a viral disease transmitted by mosquitoes and affects millions globally, and one of its major symptoms is thrombocytopenia, a medical term for low platelet count. As with almost every other study, the initial research was conducted on mice, comparing papaya leaf to a placebo.

The researchers found that the papaya leaf suspension contributed to a significant increase in the animals’ platelet count.

This was later replicated in a human case in 2011, where a liquid extract of papaya leaves was shown to significantly raise the level of platelets in a patient suffering from Dengue fever in as little as five days.

This followed a randomized controlled trial by the Institute for Medical Research and the Tengku Ampuan Rahimah Hospital which involved 228 patients at the hospital. Half were subjected to standard treatment, while the other half administered with a small dose of fresh Carica papaya juice (50gm), for three consecutive days.

The experimental group was observed to have a significant increase in platelet count (after the three-day period) compared to those in the control group.

More recently in 2016, the Journal of the Association of Physicians of India officially declared that dengue fever patients who consume the leaf extract from the Carica papaya plant can increase their platelet count considerably. This was after carrying out a study to test an Ayurvedic preparation of the leaf juice.

The June 2016 edition of the journal also carried the findings of two studies that reinforced the argument that papaya leaf juice for low platelet count indeed is an effective cure for patients suffering from dengue fever. One study was placebo-controlled and comprised 300 patients spread across five centers in Bengaluru, while the second study involved 400 patients in the Indian city of Jaipur.

The results were so convincing that the doctors went as far as to write an editorial appreciating the two randomized studies.

It would be remiss to talk about platelets and fail to mention what exactly constitutes a low platelet count.

A healthy or normal platelet count is between 150,000 and 450,000 platelets per every micro liter of blood. When the platelets in an individual fall below this level, it results to a condition referred to as thrombocytopenia (too many platelets is thrombocytosis).

Platelets are blood cells which literally resemble small plates and their core function is to help in blood clotting. Their lifespan averages between five and nine days, with the platelet count (and size) differing between healthy males and healthy females, according to the European Journal of Hematology.

What are the causes of a low platelet count?

The causes of thrombocytopenia can be due to a plethora of factors.  It could be that the bone marrow is not making enough platelets, the causes of which can be varied. Might be due to some types of anemia; probably leukemia.

Viral infections, like HIV, are also established causes – along with chemotherapy drugs and exposure to toxic chemicals. In addition, it might be due to a deficiency of essential vitamins like B12, or even excessive consumption of alcohol.

The bone marrow could also be making enough platelets but the body either uses them up or destroys them.

Another common cause of low platelet count is that the spleen, a body organ that holds about one-third of platelets in a healthy person, might be holding too many platelets than it should – which can be linked to a severe liver disease or even cancer.

And, finally, another cause is related to increased platelet breakdown, and this can be induced by factors such as autoimmune diseases, bacterial infection in the blood, pregnancy, reaction to medicines or other health problems.

What are our treatment options?

Thrombocytopenia can be treated in a number of ways, depending on the level of severity. Examples of available treatment options include addressing the underlying cause of the low platelet count, blood transfusion, over-the-counter and prescribed medicines, or plasma exchange in cases of medical emergency.

Natural remedies come in two shapes. One is by eating a diet comprised of foods known to boost platelet count. These are foods mostly rich in vitamins; four types of vitamins to be exact – Vitamin B12, folate (Vitamin B9), Vitamin A, and Vitamin K.

Using papaya leaf juice for low platelet count is the other potential natural option which has been shown through multiple studies to be effective. This could be administered in either of two ways.

One is through homemade extraction, either by juicing or blending the papaya leaves, or boiling the leaves to make papaya leaf tea. The second way is to go for natural, organic supplements from established sources, and these could come in several forms, most notable being tablets, capsules, or a papaya leaf syrup.

Suffice to say it is safe for human use as a therapeutic agent for boosting low platelet count. However, it is worth noting that this herbal treatment remains a potential candidate for further research.

This is because even in the cases where studies have culminated in very successful results such as the 2016 study in India, the editors have acknowledged that more needs to be done in terms of larger trials before the treatment can be declared a ‘standard treatment’ – at least with regard to treatment of dengue fever.

What also needs further research is the toxicity of the papaya leaf extract among different individuals. It has been shown to have low toxicity in an animal model, but this is a subject yet to be delved into deeply where humans are concerned.

This is why we advise consulting with a professional healthcare provider before you start using papaya leaf juice for low platelet count.

*And, yes, your purchase does help to support our operations – with no extra cost to you.