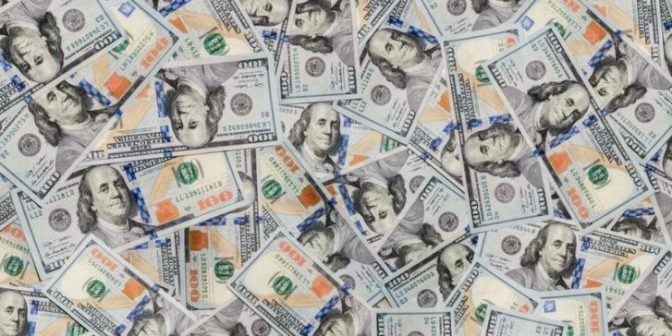 (ANTIMEDIA) — On Sunday, The International Consortium of Investigative Journalists released the Paradise Papers, a global investigation exposing the secret offshore financial activity of the world’s richest and most powerful people. Over 13.4 million leaked files were obtained by German newspaper Süddeutsche Zeitung from the prestigious offshore law firm Appleby and a family-owned trust company, Asiaciti, in addition to company registries in 19 secrecy jurisdictions.

According to ICIJ,  “The Paradise Papers documents include nearly 7 million loan agreements, financial statements, emails, trust deeds and other paperwork over nearly 50 years,” and they expose the activities of over 120 politicians and world leaders, global figures in sports and entertainment, and nearly 100 multinational corporations including Apple, Nike, and Uber.

The massive investigation details the myriad ways in which international power brokers across the political spectrum exploit offshore tax havens to hide shady financial activity like aggressive tax avoidance, secret business alliances, and a host of other unethical financial dealings.

Named in the Papers are more than a dozen of President Donald Trump’s advisers, cabinet members, and major donors, including Wilbur Ross, a private equity tycoon with interests in a shipping company that has received “more than $68 million in revenue since 2014 from a Russian energy company co-owned by the son-in-law of Russian President Vladimir Putin.” The documents also reveal the offshore tax maneuvers of Prime Minister Justin Trudeau’s chief fundraiser as well as investments made by Queen Elizabeth II into a Cayman Islands fund. It was then invested in a private equity company that controlled retailer Brighthouse, which has been criticized for exploiting the poor and vulnerable.

“Taken as a whole, the leaks reveal offshore traces of spy planes purchased by the United Arab Emirates, the Barbados explosives company of a Canadian engineer who tried to build a “super gun” for Iraqi dictator Saddam Hussein and the Bermuda company of the late Marcial Maciel Degollado, the influential Mexican priest who founded the Catholic religious order the Legionaries of Christ and whose legacy was marred by allegations of child sexual abuse.”

Facebook and Twitter were found to have received hundreds of millions of dollars in investments traced back to Russian state financial institutions, while the bookkeeping records of Nike, Apple, and Uber exposed how the companies’ schemed to dodge taxes. Another big name in the Paradise Papers is Glencore PLC, one of the world’s largest mining and agriculture conglomerates and previously one of Appleby’s top clients. Glencore engaged in numerous multi-million dollar loans to bankroll ventures in Russia, Latin America, Africa and Australia and lent millions to a company described by the U.S Department of Justice as a “conduit for bribes.”

The ICIJ and its media partners will continue to publish more reports on the information contained in the Paradise Paper in the coming days and weeks:

According to a disclaimer from ICIJ:

“There are legitimate uses for offshore companies and trusts. We do not intend to suggest or imply that any people, companies or other entities included in the ICIJ Offshore Leaks Database have broken the law or otherwise acted improperly. Many people and entities have the same or similar names. We suggest you confirm the identities of any individuals or entities located in the database based on addresses or other identifiable information.”