Why Do People Who See Ufos Feel So Good? A Neuroscientist Explores The Phenomenon 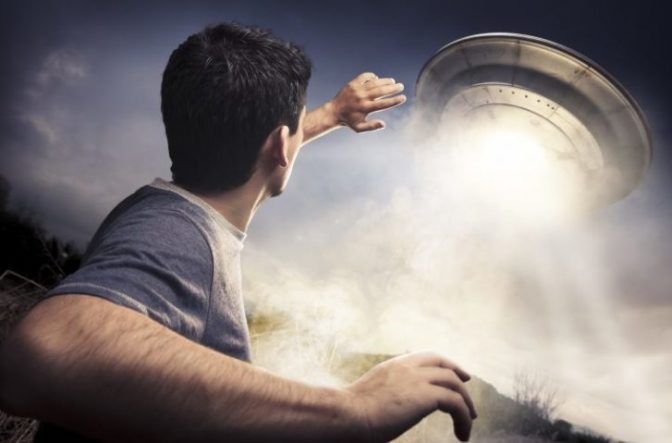 Considered a pseudoscience in the mainstream scientific world, ufology, or the study of UFOs, is largely dismissed. Because we have learned to associate reality with what the majority accepts, anything that falls outside of this is considered taboo, which can, in many ways, be a good thing, as it keeps morality in check.

But UFOs aren’t something that fall within the moral compass. It’s a phenomenon that has, by skeptics and governments alike, been buried time and time again, despite the many accounts of aliens offered by powerful and intelligent individuals.

Every year, Phoenix, Arizona, hosts the International UFO Congress, the biggest annual gathering for ufology. There is a fervor in the air at such a gathering, with ufologists stuck in this dichotomy between trying to prove skeptics wrong while also simply exposing the truth through stories, evidence, and more.

Yet though ufologists are eager to explain that UFOs aren’t simply a belief of theirs, but a reality, it’s this massive gap between belief and knowledge that keeps the scientific and the pseudoscientific so seemingly separate. “Since ufology became something of an organized field of study, albeit a fringe one, in the 1950s, the overwhelming majority of the scientific community hasn’t hesitated to label the field as pseudoscientific, much to the ire of ufologists,” notes Motherboard.

No matter how much energy is expended by ufologists, and despite the U.S. government’s claim of looking into the phenomenon in a serious, formal way over the last six decades, there is a looming fear for some that ufology will never amount to much — always left for the pseudoscientists to ponder.

Bob Davis, a retired neuroscientist, believes people’s fear of ridicule by others is major reason why ufology is so undermined.

Davis is a member of the Dr. Mitchell Foundation for Research into Extraterrestrial Encounters, which explores the UFO phenomenon. The team had studied 3,057 individuals who have fought against the fear of ridicule and instead spoken up about their encounters with a physical craft associated with some form of non-human intelligence. Their research, according to Davis, has led to some very intriguing insight, one of which is that such UFO encounters make the witnesses… happy.

One might assume fear or curiosity would be the two biggest words associated with such encounters, but Davis notes:

What we’ve found is that about 85 percent of the people who are experiencing this phenomenon are being transformed in a very positive behavioral or psychospiritual way. Generally, people become more humane, experience a oneness with the world. They become less interested in organized religion, they become more spiritual, they have less interest in monetary values, and become more sensitive to the ecological welfare of our planet, among many other psychospiritual outcomes. It is a real and powerful outcome that is generally ignored by the UFO community.

According to Davis, such encounters create an enormous shift in the UFO witness — an “aha moment,” if you will. “People are reporting that they become aware, based on their interaction with the phenomenon, that there is indeed a multi-dimensional reality, that there is life after death,” Davis explains.

The team believes that the positive transformations people experience are much like a spiritual awakening. “Call it psychospiritual, call it religious, call it whatever, but the vast majority of these people are transformed in a very positive way,” Davis says.