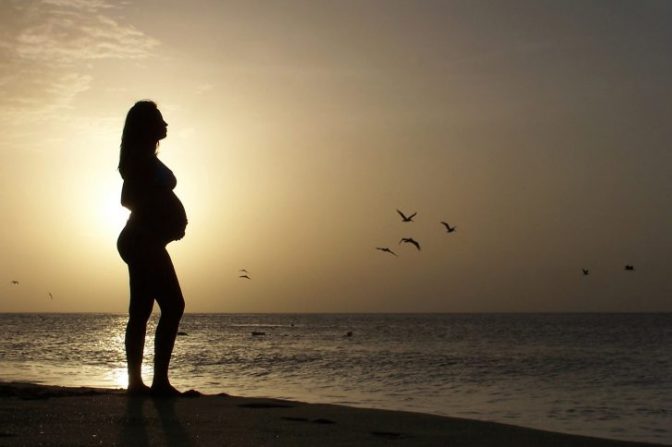 (Naturalhealth365) Experts have long recommended that women trying to conceive through in vitro fertilization (IVF) adopt healthy lifestyle habits – such as stopping smoking, maintaining healthy weight and using natural stress relief techniques. Now, recent research has demonstrated that a woman’s chances of success could be increased by avoiding the consumption of fruits and vegetables containing a high amount of toxic pesticides.

Read on to learn about the startling findings from the new study – and to discover how to minimize your own exposure to pesticides in produce.

Researchers found that women who daily ate more than two servings of “high pesticide” fruits – which include strawberries, spinach, nectarines and grapes – were less likely to become pregnant than women who consumed an average of a single serving a day.

The researchers estimated that the simple action of exchanging one high-pesticide fruit or vegetable a day for a lower-pesticide option could increase pregnancy rates by 79 percent – and the odds of a live birth by 88 percent.

Although animal studies had already shown that pesticide exposure is associated with higher rates of miscarriage and fewer live births, the new study is the first to examine the effects of dietary pesticide ingestion on reproduction in humans. And, while it doesn’t prove that dietary exposure to pesticides affects fertility, it does establish a link between exposure and lower IVF success rates.

Senior study author Jorge Chavarro, a professor of nutrition and epidemiology, admitted that the results took him by surprise.  Saying he had always been “skeptical” of the health impact of dietary exposure to pesticides, he acknowledged that he had not expected to find a connection between exposure and the ability to get pregnant.

Chavarro said that women trying to conceive should limit their intake of high-pesticide fruits and vegetables – by opting for organically grown fruit over conventionally grown produce.

If eating conventionally-grown fruits and vegetables, he advised choosing the types of produce that tend to be lower in pesticides.

The Environmental Working Group, a non-profit organization dedicated to empowering people to live healthier lives, compiles a yearly list of the “Dirty Dozen” and the “Clean Fifteen” – the fruits and vegetables highest and lowest in pesticide residue.

The EWG reports that strawberries – which can contain up to 20 different pesticides – top the 2017 “Dirty Dozen.”

Spinach, which contains more pesticide by weight than all other produce tested, is a close second, with three-quarters of the samples containing residue from permethrin – a neurotoxin at high doses.

(Note: the EWG reports that a small amount of the sweet corn and papayas sold in the United States are produced from GMO seeds – another reason to look for foods labeled “USDA Certified Organic.”  By law, organic foods can’t contain GMOs.)

Volumes of scientific literature attest to deadly hazards of pesticides

Reduced reproductive health is not the only harm caused by long-term exposure to pesticides.

The Pesticide-Induced Disease Database, compiled by the advocacy group Beyond Pesticides, includes studies from around the world linking pesticide exposure to a jaw-dropping variety of serious diseases.

Pesticides, including the weed killer glyphosate, have been associated with 30 different types of cancer, particularly Hodgkin’s lymphoma and non-Hodgkin’s lymphoma. Researchers report that rates of lymph system cancers have doubled since the early 1970s, when the introduction and use of synthetic chemicals and pesticides became widespread.

In addition, many researchers believe that widespread exposure to organophosphate pesticides is driving the nation’s current epidemic of type 2 diabetes.  Plus, pesticides have been linked to neurodegenerative diseases.

Rates of Alzheimer’s disease have skyrocketed in recent decades, corresponding with the country’s increasing use of pesticides. And, one eye-opening study showed that subjects were found to increase their odds of Parkinson’s disease by 47 percent through frequent use of household pesticides.

In light of this information, choosing organic foods, which are grown free of synthetic fertilizer, pesticides, hormones and antibiotics, is the only sane choice – whether you are trying to conceive or not.