Was “Planet-X” Stolen by Our Sun 4.5 Billion Years Ago? 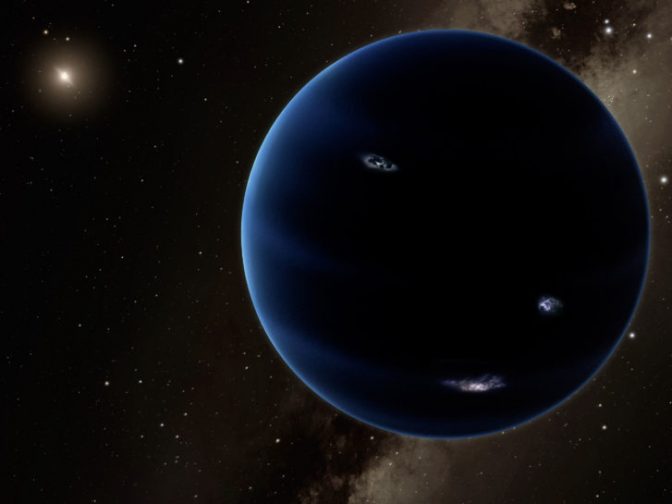 The mysterious origin of the hypothetical planet that may be lurking in the outermost regions of the solar system just got weirder.

Planet X, Nibiru, or Planet 9…whatever you call it, scientists and astronomers all over the world are fairly certain that it exists. While nobody has seen it yet, the gravity of something massive is pulling on Kuiper belt objects (KBOs). Even though Planet 9 hasn’t been picked up by any of Earth’s optical or infrared surveys doesn’t mean that it’s not there…instead, it’s quite the contrary – meaning, if it is out there, it’sway out there, and it’s gigantic.
On Tuesday (May 31) researchers threw a wildcard into the debate about the planet. Could it be an alien world, kidnapped by our sun from its home star billions of years ago? In other words, is Planet 9 an ex-exoplanet?

“It is almost ironic that while astronomers often find exoplanets hundreds of light years away in other solar systems, there’s probably one hiding in our own backyard,” said astronomer Alexander Mustill, of Lund University, Sweden, in a statement.

According to Mustill, around 4.5 billion years ago, when our sun was a baby, solar gravity likely interfered with the orbit of a planet around a neighboring star. This idea isn’t too out-of-this-world; as stars are often born in molecular clouds that form dense clusters of stars. When planets form around these stars, their orbits may become destabilized and flung into interstellar space or shared between stellar neighbors. The gravitational environment would have been a mess.

“Planet 9 may very well have been ‘shoved’ by other planets, and when it ended up in an orbit that was too wide around its own star, our sun may have taken the opportunity to steal and capture Planet 9 from its original star. When the sun later departed from the stellar cluster in which it was born, Planet 9 was stuck in an orbit around the sun,” said Mustill.

The video below further elaborates on the origin and mystery of Planet 9, watch and share your thoughts!