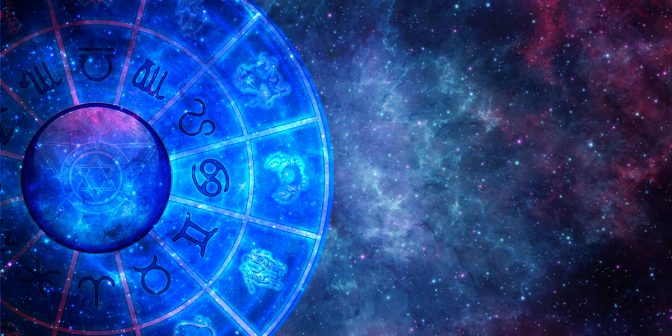 “For now I understand that what I had begun to feel was joy, which I still had not yet recognized or understood. In my silent call for help, what I was struggling against was a vague first joy that I did not want to sense in myself because, albeit vague, it was already horrible: it was a joy without redemption.”  ~   Clarice Lispector, The Passion According to G.H.

I decided to write this text, because maybe it will be of some help to those who are living something similar in this period of intense adjustment. I write based on my own experience and on the symptoms I have felt and I hope to communicate through these words some of the balm that I receive from the consciousness’s with whom I cooperate in the work I develop and that offer orientation, support or, often, just their loving and welcoming Presence.

Before anything, let me situate some things that maybe are already known by many. In the last solstice – summer here in the southern hemisphere – a very important and in a way unusual movement happened. Every solstice the Earth aligns itself in a special way with the Sun, and through this alignment it receives an influx of cosmic energies (an alchemy of varied energies with a predominance of one of the 12 Primordial Energies or Rays or, as they are called by some intraterrestrial beings, Cromas of the Living Light) related to the Archetypal Idea in manifestation on the planet, like an updating in the process of expression on the realms of forms from That Which Is in the eternal Now. The December solstice, specially, has its importance related to the fact that it is in this solstice that descends the basic energy which will “rule” over the following planetary cycle, which starts in the March equinox.

In a metaphorical way, we can visualize this movement in the following manner – taking into consideration the limits of the example – linked to a seasonal perspective, one of the keys to reading the annual planetary cycle:

In the March equinox the seminal impulse, welcomed by the crystalline heart of the Earth in the December solstice, has spread itself completely over the energetic grid of the planet and a new planetary cycle begins coloured by the tonic of the seminal impulse received. This is a moment of balancing and harmonization, a true synchronization between the crystalline heart of the planet and its web, and every particle that compose it. Here the seed has germinated and starts its cycle of growing and fructification.

In the June solstice, again the Earth lives another major alignment with the Sun. The seed impulse is already a growing tree and during this solstice the Earth receives another current of energy(ies) that will push the flowers to blossom. In this solstice the energy of the seminal impulse, that was vertical and impression-oriented in the previous solstice, takes on a horizontal and expression-oriented movement.

In the September equinox, another great moment of synchronization and balancing of the impulse received during the previous solstice. The flowers have blossomed and the fruit start to appear. During this alignment the harmonic vibration of the planetary web spreads itself and becomes deeper, it is not an adaptation to an “external” frequency anymore, but instead a re-adaptation of the Earth’s body to a wholly new frequency, result of the perfect marriage of the earth’s and sky’s chant, which produced a unique chant that now spreads itself over the planetary energetic grid synchronizing the dance of its particles.

In the December solstice, the fruit is ripe. During this powerful alignment with the solar centre, the Earth offers the Sun its fruit. The received impulse sort of returns modified, coloured, with an unpaired quality. The fruit is reaped and shared in the Cosmic Web and a seed falls back on the Earth’s soil, bringing the new impulse, another ray that carries the codes to be developed during another cycle of manifestation of the planet’s Archetype, the Perfect Image ever present in the Divine Mind.

Oops, I extended myself a little bit over this issue. Back to the purpose of the text. From the above, we can perceive then that we are living a period of intense adaptation to an impulse that impregnated the planet during the last solstice. Add to this the fact that in the previous solstice, for the first time in some 312.000 years, the planetary cycle is being conducted by one of the five immaterial Primordial Energies – the 8º, SAT, or the Multidimensionality potency. In fact, a remarkable impact in our lapsed structures, concerning the human world.

There we are, naturally all our structure of expression is suffering a great impact, from the psychic – what we commonly associate with our mental, emotional and vital energetic aspects – to the physical level. Our own crystalline core is aligning itself to the new beating very naturally and without wear and opposition, as souls we are well aware of all these events and the change is familiar and extremely welcome to us. But our material, objective structure has been through many alterations as a cause and result of the process of oblivion and, especially from the cellular level on, our multifaceted vehicle adapts itself kind of slowly to these powerful influxes, the degree of intensity and length of the acclimatization being different to each incarnated soul, due to their own experience particularities and specially due to their openness and receptivity.

Due to all this, I can say it based on my own experience, it’s not the best moment to pay much attention to the mental and emotional impressions we are receiving, nor to the physical responses. Due to the unusual order of impulses the biological form is receiving, the very physical instinct of survival begins to show signs that do not correspond necessarily to the reality behind appearances. I, for example, have been feeling dizziness, more or less intense, depending on the day and hour, a feeling of imminence that sometimes comes accompanied by a sensation of ending or even a sensation of physical death. There are moments when everything seems to be meaningless, like the direction was lost.

Not to mention the nausea, diarrhea, sudden feelings of sadness or frustration, those have already become trivial matter over the past few years when the process of transition intensified. These symptoms, of course, are not constant, and many of them obviously can be related to other processes, psychological or pathological – although even these have some relation to the change we are living, on the whole. Naturally there are moments of joy, serenity, clarity, etc, but some of those symptoms of the adaptation underway may be challenging sometimes, especially because we are being touched in our subconscious layers.

In the middle of it all, however, there is a point of peace. There inside, in the silence of our rush to change, to awake up, to transcend suffering and what seem to us the old and well-known world, there is a temple untouched by the apparent chaos of transformation. A shelter whence streams the sacred fountain of equanimity.

The best way to live this moment is remembering, as often as possible, this shelter. It is, like the buddhists say, taking refuge, in the Buddha (the luminous, silent and fully empty essence that we are beyond all appearances, even the subtle and spiritualized ones), in the Dharma (the eternal wisdom which is the radiance of that essence and that reveals itself in every experience we had of alignment and immersion in the Presence, as well as in the aspiration to lucidity that we shelter and nurture inside ourselves) and in the Sangha (the loving communion, the connectivity and interdependence web that we start to recognize and live and that we see expressed in our relations with brothers and sisters, relationships based on resonance and mutual recognition).

In other way, simpler and deeper maybe, the best way to live this period – not only of adaptation till March equinox, but all this planetary transition, I’d say – is expressed in the words transmitted to me by a loving consciousness some days ago: “bathe yourself continually in the luminous waters of Grace and Love”. The very vision that these words evoke has already a pacifying and relaxing effect.

At last, concerning the I-subject that we interpret daily and that we also are in the end, it suffices to allow ourselves to be conducted in this level to what is simple and joyful, to what gives rise to simplicity and joy. It doesn’t mean running away from the problems, but face them, if not in a position, but at least with a simple and joyful predisposition and concerning what our choice has some weight on, let us chose that which brings us closer to serenity.

Om Agnaye Namaha! Save the Divine Fire and may all sentient being be in peace…