A Pleasanton Scientist: "How to Find Aliens" 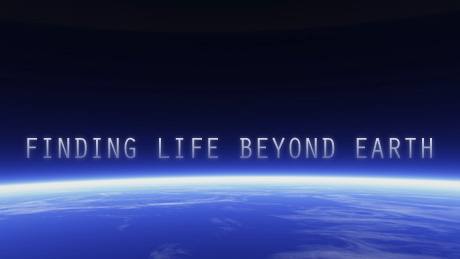 We appear to be the only planet teeming with organized and technologically advancing life and for some that is Ok, but for a greater number of people they want to know if “others” exist!

We live on a wondrous planet called Earth, within the solar system, and the only planet within our defined galaxy (the Milky Way) that so far displays teeming and active life! While that might be enough information for some, to others it’s only a reference point. So how do we find out if we are alone? See photo A.

Well, some people will tell you that since the 1950s we have known of “others” and their technology but the information remains withheld, a secret. Then, researchers from all over the world will tell you that the earliest records depicting “others” and their technology, goes back to 45,000 BC! Would we currently think anyone other than us truly exists, especially in the 21st Century, having all our technological and scientific means to support and validate such an amazing possibility?

Well, I cannot easily go back to 45,000 BC but I can go back to the 1950s and to the Military for a simple test of logic. So, let’s travel together now, and please place all the conspiracy theories aside for now, to allow this journey to become much simpler to understand.

I was in the Armed Forces — U.S. Army — military in the late 1960s returning back in the early 1970s where policy and procedure, or what we called “Command Media,” focused our military lives by providing detailed, strict policy and procedures to everything from using a can opener (P-38), to operating a vehicle, eating meals, bathing, marching, our uniforms and insignia placement, everything…exactly.

Nothing was left out of our training or left to the “imagination.” …nothing!

Following this simple logic, we also had “rules” for everything. These rules came from military history experience, from manufacturing details of new weapons and systems, or advanced information from newly tested procedures, also from new encounters like biological warfare, new field encounters and emergency operational and medical remedies. Once again – everything observed, tested, and if operational in-field, then a companion written policy, a detailed procedure and a rule manual to learn from and follow exist. OK, so far! See Picture B.

Continuing this logic, if we were “encountering others” you can bet that the military must have a written policy, more exact procedures and rules on how to handle such a field encounterable area. Command Media is required and needed to maintain a responsive force, easily educate thousands, employ consistent behavior, and have everyone follow repeatable rules of engagement. So the only question for this discussion is, do they have a manual?

The answer is YES!

Starting in 1940 through the publication of the Majestic-12 Top Secret Manual in 1952-54 as presented here, we have an actual military manual exacting how to encounter aliens! This 31-page manual was written and proceduralized by the US Military and other militaries around the world, who experienced enough field and air incidents, requiring them to write down exactly the details of all “observed,” “tested” and “field operational” data for others to follow. See photos A, B and C of the military manual.

Of course one has to wonder now, if the “others” might have a manual on humans! This interpreted knowledge would certainly be most informative, probably wildly entertaining and priceless to us…mmmm…but I digress.

Ok! So now we (Earthlings) appear to be organized, holding a referenceable field operational guide (manual) to follow. If you ask C3PO, the protocol droid of Star Wars fame, he would say that this manual best represents our protocol, etiquette and field data procedures on the “others.” The presented official Majestic-12 manual also states that the “others” are technically referenced as (EBE’s) or an Extraterrestrial Biological Entity. Humans are also BE’s or biological entities, so we, in a sense, are EBEs to each other!

Procedurally, we should all now feel a greater confidence that we have a clear plan to follow, and with some minor updates to the existing Majestic-12 manual, can easily publish online to all humanoids, a current EBE Field Operations Manual, as our official command media guideline to Alien encounters.

Well, I have a theory, that with all the sightings we have witnessed over decades, and the fact that the North American Aerospace Defense Command (NORAD) and other related operations around the world never seem to catch them coming into our atmosphere, or while in space, they are already present. Then one would have to surmise that they are operating, possibly in a parallel universe, much closer to us than we dare to understand. What I mean by this is not a physical distance of light years away, but as close as a frequency band gap away. Yes, a frequency away!

Think of a typical AM/FM radio holding all your favorite stations. While you are dialing-in your R&B or Classical station you are also passing over “spaces” of adjacent frequencies that appear to have nothing. This “nothing” represents parallel and present stations with no sound and no video that we can easily interpret because the station is not allocated, but certainly is present by frequency. If we could boost or lower the signal strength to interpret the exact hand-shake required to bring about the connection, then we could hear and possibly see data to discover how to interpret for any communications.

Our living molecular Earth world is actually supporting an operating frequency, vibrations and magnetic attractions of all sorts. Knowing this, the idea of potentially discovering a connection to the “others” could formulate in our minds quicker. So lets do the math. The earth frequency is clocked at 7.86Hz, known as the Schumann Resonances. In established science, this is the fundamental mode of a standing wave in the Earth–ionosphere cavity with a wavelength equal to the circumference of the Earth. This lowest-frequency (and highest-intensity) mode of the Schumann resonance occurs at a ULF frequency of approximately 7.86Hz, but this frequency can vary slightly up from a variety of factors, such as solar-induced effects to the ionosphere.

Then, human vision is at ULF (ultra low frequency) as well. The maximum triangle-rendering rate required to saturate the human visual system is just over ten billion triangles per second.

The numbers presented are conservative “average case” estimates from established models. So, a model of the perception limits of the human visual system results in a maximum estimate of approximately 15 million variable-resolution pixels per eye.

Assuming a 60Hz stereo (two eyes) display level, as the math below presents, with a depth complexity of 6, a rendering rate of approximately ten billion triangles per second is sufficient to saturate the human visual system. Meaning that we see in ultra low frequencies (ULF) as well.

Finally, the human body itself vibrates within the frequency range of 62-80Hz, making our overall abilities to see and interpret things, as BE’s, all functioning within very low frequency ranges or ULF. Meaning, that at too high a frequency we are blind and deaf to the information and to the visual resolution of what higher frequency data might represents around us. So it could be possible that with the right set of frequencies and tuning abilities, that parallel universes could be as close as WalMart!

Dr. Doug Linman is head of the New Earth Nation Science and Technology Faculty. He is an engineer and scientist with over 40 years of experience providing research, interest, education and insight into these areas.

Here is the link to the original article: http://patch.com/california/pleasanton/bp–a-pleasanton-scientist-how-to-find-aliens#.VK26gDzYu5M.gmail