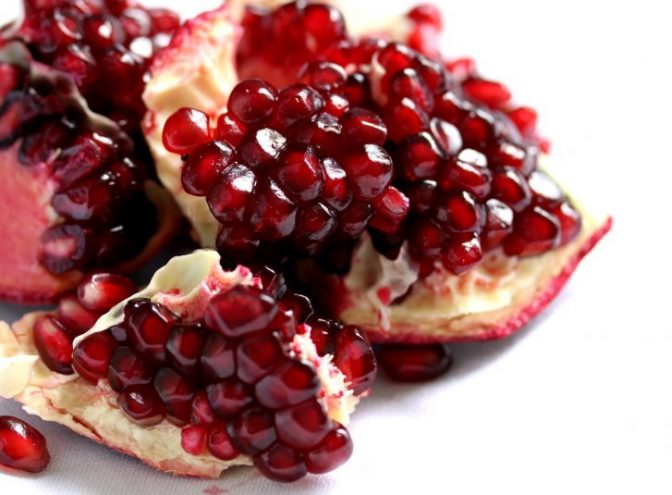 (NaturalHealth365) With their vibrant scarlet color and sweet-but-tart flavor, pomegranate has become an increasingly popular (and delicious) addition to salads, dressings, beverages and desserts. They are also a proven superfood, credited by researchers with the potential to prevent and help resolve many disease conditions.

Now, a new Swiss study shows that urolithin A, a molecule produced when pomegranate is digested, could hold the key to rejuvenating cell mitochondria – and even prolonging the quality of your life. Let’s take a closer look at urolithin A – and its amazing restorative potential.

Pomegranate triggers urolithin A to rejuvenates the powerhouse of our cells

Mitochondria are tiny structures inside of cells that have the all-important task of turning fuel into energy. Over time, however, they can degrade and deteriorate.

In young, healthy cells, these aging and damaged mitochondria are swiftly broken down and eliminated. This beneficial process, known as mitophagy, helps to ensure optimal cellular function.

Mitophagy becomes less efficient with age, causing malfunctioning mitochondria to accumulate in cells – where they weaken muscle tissues and impair cellular health. Researchers believe that these deposits of mitochondrial debris can trigger degenerative disorders such as Parkinson’s disease, as well as decreased mobility and frailty in elderly people.

This is where pomegranates come in…

A molecule called urolithin A is produced by the body upon the digestion of two polyphenols – punicalagins and ellagitannins – that exist naturally in pomegranates. In cell and animal studies, this newly-discovered molecule was shown to induce mitophagy, and prevent the accumulation of dysfunctional mitochondria.

In fact, new research supports the ability of urolithin A to actually rejuvenate cell mitochondria – not only increasing muscle function, but extending life.

What did the study show?

In a study published in 2016 in Natural Medicine, researchers found that urolithin A maintained mitochondrial respiratory capacity and extended the lifespan of C. elegans – a short-lived worm commonly used in longevity studies – by a stunning 45 percent.

And that isn’t all.

In another phase of the study, researchers administered urolithin A to aging mice, and found that it improved muscle function by 57 percent and running endurance by 42 percent.

And it was not only aging mice that benefited from urolithin A. The substance increased the running capacity of young, healthy mice – by a dramatic 65 percent.

Researchers noted that this finding holds particular significance for elderly people. By helping to enhance muscle function, urolithin A may help ward off the loss of mobility and general decline that can accompany weakened muscle tissue.

Calling urolithin A a “promising approach to improving mitochondrial and muscle function in the aging population,” the team called for further research.

Pomegranate has a proven ability to combat heart disease and cancer

The new study is not the first to reveal important health benefits from pomegranates – these tasty members of the berry family have been impressing researchers with their ability to combat serious degenerative diseases.

Pomegranates also have been shown in studies to reduce incidence of tumors, reduce the number and size of cancerous stem cells, and induce apoptosis – or cancer cell death. Pomegranate extracts are currently used to treat a variety of cancers, including those of the prostate, breast, colon, lung and skin.

Finally, pomegranate extracts have protective effects against neurodegenerative conditions. Research has shown that they help to prevent accumulations of beta-amyloid, a protein associated with Alzheimer’s disease.

Pomegranates owe much of their potent disease-fighting powers to their extraordinary antioxidant capabilities.

The juice of a single pomegranate contains more than 40 percent of the RDA of vitamin C – itself a potent antioxidant and immune system booster. Pomegranates are also rich in beneficial amino acids, polyphenols and anthocyanins – natural pigments that give the pulp its intense scarlet color. These colorful flavonoids also contribute to pomegranate’s ability to scavenge free radicals and prevent oxidative damage in cells and tissues.

And, wait, there’s more good news about pomegranates: no side effects or adverse changes have been reported – even in a clinical study in which participants received 1, 420 mgs a day of pomegranate fruit extract.

However, the researchers noted that pomegranate could interact with certain prescription drugs. Before supplementing with pomegranate extracts, consult a trusted, healthcare provider.

You can consume pomegranates in the form of various beverages – such as juice or tea – or nibble the luscious seeds out of hand as a snack. Pomegranate extracts are also available in the form of capsules and tablets.