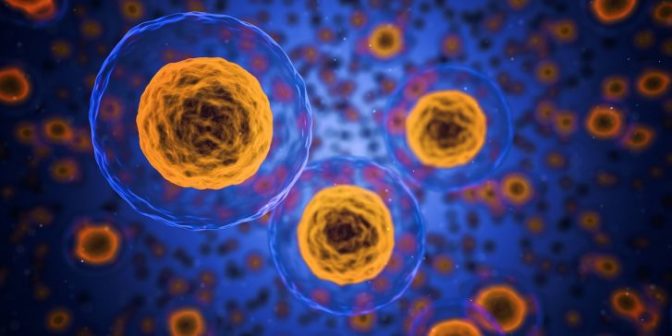 (Naturalhealth365) The inescapable fact is: middle-aged and elderly people face a much greater threat of developing potentially life-threatening degenerative diseases – including cancer, heart disease and type 2 diabetes – than their youthful friends and family members. Much of the reason lies within the cells, where the number and function of mitochondria (the ‘powerhouse of cells) – declines steadily with advancing age. However, a nutrient known as PQQ appears to be capable of combating mitochondrial dysfunction and even stimulating mitochondrial regrowth.

The news you’re about to read has enormous implications for all of your anti-aging and longevity goals. Let’s take a closer look at why researchers think PQQ just might hold the key to the biological “fountain of youth.”

The power of PQQ: Understanding the connection between longevity and the health of our mitochondria

Mitochondria are rod-shaped organelles in cells that provide energy by producing ATP, or adrenosine tri-phosphate. These tiny cellular structures are responsible for creating roughly 90 percent of the energy needed for cell survival.

The process of normal aging causes extensive damage to mitochondria, with scientists noting that 95 percent of the mitochondria in the muscle tissue of a typical 90-year-old is damaged – as opposed to the full complement of virtually undamaged mitochondria found in preschoolers.

Mitochondrial biogenesis, the growth and division of existing mitochondria, can be stimulated naturally — through strict calorie restriction or a significant intensity of physical activity. But both of these are difficult for the average adult to accomplish and sustain – throughout the years.

For this reason, efforts to preserve mitochondrial health have focused on nutrients such as L-carnitine, coenzyme Q10, resveratrol and lipoic acid. While beneficial, none of these has been shown to trigger actual regrowth.

However, PQQ (pyrriloquinoline quinone) – an essential micronutrient found in all plant foods – may be the exception. Recent research shows that PQQ can activate genes that promote mitochondrial biogenesis.

In other words, PQQ sponsors the growth of new mitochondria – an extraordinary benefit.

Mitochondrial cells – which have their own DNA – are uniquely susceptible to damage. Unlike nuclear DNA , which is protected by a sturdy barrier of “guardian” proteins, fragile mitochondrial DNA attaches directly to the inner membranes of cells, and is exposed to a barrage of destructive oxidative activity.

PQQ also protects and repairs cell DNA, while activating the genes and signaling proteins responsible for energy metabolism. In addition, it optimizes the function of the central nervous system, and may even reverse cellular aging.
Fortunately, it is never too late to receive benefits from PQQ.

Animal studies have shown that being deprived of dietary PQQ causes stunted growth and compromised immunity – along with reduction in mitochondria. However, when sufficient PQQ is ingested through diet, these damaging changes are completely reversed – and mitochondria are increased.

Although much of the preliminary research on PQQ involves cell and animal studies, clinical studies have been performed as well – with impressive results.

In one study, researchers found that 20 mg of PQQ a day enhanced memory and attention while slowing age-related cognitive decline in middle-aged and elderly people. Taking 300 mg a day of CoQ10 (in the form of ubiqionine) along with PQQ caused even more dramatic results.

A second study, published in Functional Foods in Health and Disease, demonstrated that PQQ substantially increased vigor, improved sleep quality and reduced fatigue, stress, depression and confusion. In addition, researchers noted that there were no adverse side effects or health issues associated with the nutrient.

In addition to helping to sustain life, PQQ helps to protect the cardiovascular and central nervous system against injury and disease. It has been shown to prevent cell death linked to neurological disorders, and also suppresses dangerous reactive nitrogen species that can cause long-term neurological harm.

In one 2010 study, researchers found that PQQ worked to prevent the formation of amyloid-beta in the brain. And, since amyloid-beta plaque has been strongly linked with Alzheimer’s disease, this is really great news.

In another study, PQQ supplementation suppressed the development of a specific protein responsible for Parkinson’s disease.

In animal studies, PQQ also gave significant protection against ischemia-reperfusion injury (IRI) in the brain and heart. IRI is the sudden rebounding of blood and nutrients that occurs after a heart attack or stroke – a potentially life-threatening event which can be more damaging than the initial episode.

In one study, researchers found that PQQ worked better than the prescription drug metoprolol to protect mitochondria from post-heart attack damage.

More good news: PQQ also protects against excitotoxicity – the damaging effects of long-term overstimulation of neurons, caused by toxins such as heavy metals. Excitotoxicity can cause neurodegenerative diseases as well as seizures.

In light of these amazing benefits, it is probably wise to maintain optimal levels of this anti-aging nutrient. While PQQ is found in all plant foods, experts say that organic parsley, kiwi fruit, green peppers, tofu and green tea are particularly good sources.

PQQ is also available as a supplement. Many natural health experts advise dosages in the area of 10 to 20 mg a day, but check first with a trusted, integrative healthcare provider to see what works best for you.

No doubt, researchers have only begun to scratch the surface of PQQ’s anti-aging benefits. Studies on PQQ are ongoing – and we look forward to reporting on future developments for years to come.

Editor’s note: Click here to visit the NaturalHealth365 Store and learn more about the health benefits of PQQ.