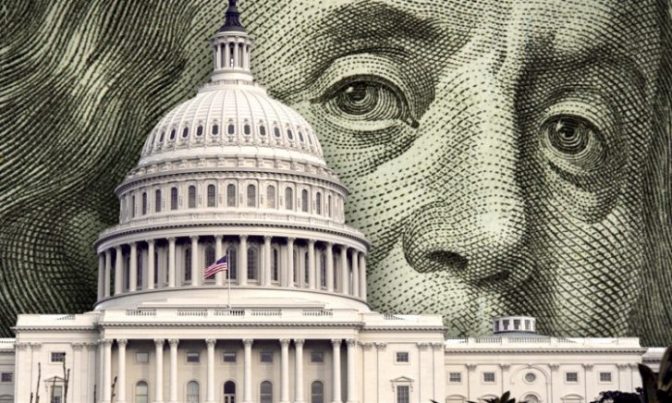 “The world is now too dangerous to be anything less than a utopia.” – Buckminster Fuller

Whether the average person realizes it or not, humanity is presently faced with a collective imperative, outlined succinctly in the above quote. It is obvious that our long-term survival hinges on the question of whether or not we will collectively neutralize or transcend every trend that currently threatens our shared future. War must cease; slavery must be completely and permanently abolished across the globe; our forests and oceans require restoration and healing; and religious hatred must end. Is humanity ready to accomplish all of this? Ready or not, the choice is now upon us.

If you have found yourself here, reading The Sovereign Voice (and similar publications) in order to get a sense of what is taking place in our world, then it is most likely that you belong to a small-but-rapidly-growing group of human beings who are actively addressing our collective imperative. Chances are that you are here because you sense there is more to current events and history than meets the eye, and you appreciate the inestimable value of knowing our true story. Indeed, how can we possibly address the pressing needs of our time if we do not recognize their source and nature? How can one fix, change, protest, or heal that which one cannot begin to describe? The answer is: it cannot be done.

Unfortunately, much of what passes for “history” in modern day education and journalism – regardless of where one is from, or when one was born – is comprised of hearsay and propaganda; this poses a very serious dilemma for each and every one of us today. We know too many stories, but we have very few facts; and, to make matters extremely bizarre, the entire world also happens to live under the auspices of a parasitic, globally-scaled, corporate hegemony that has done a terrific job of obfuscating the very information we require to make sense of the societies we inhabit. However, we need not worry! Such data may be tucked away in hard-to-reach places, but it is nonetheless there for all of us who have the time and inkling to look.

The Bankster Diaries – the first installment in a series – is the result of a 25-year long path of research into the history of international finance from the 1930’s Great Depression through the end of WWII. At times the narrative reads like an action/spy novel (albeit with an inordinate amount of accounting information for said genre), yet the various situations and characters in this story are taken from real life. Indeed, this is a work of non-fiction, derived from official records, that outlines in painstaking detail numerous key geopolitical realities of the 20th century that hold deep significance for the present moment.

When you finally see – to give a few examples – who was behind the funding for the Nazi party; what motivated the attempted coup at the White House under FDR; what businesses collaborated to manufacture arms to be sold to “friends” and “enemies” alike; and what individuals were responsible for maintaining and promoting the very conflicts of interest that made such scenarios possible; then it will help you see, with a high degree of clarity, our collective imperative.

The information contained in The Bankster Diaries comes from official records, as well as legal, military, and financial journals and reports. Thus, its contents cannot be regarded as “theoretical”. That is to say, we are not being presented here with an “argument”, “proposition”, “theory”, etc., about what “might” be true – instead, we are being provided with hard data and evidence. Furthermore, in writing this book, the author wished for the sources to speak for themselves, and thus to a large degree its content comprises a collage built from said sources. One can think of it as though, by reading The Bankster Diaries, one is eavesdropping on a decisive “insider” conversation in which matters of international high treason will be discussed, and real-world suspects will be named.

The history of modern financial despotism is a dense subject, to say the least. However, rest assured that if you persist in your investigation, you will soon be able to count yourself amongst a tiny minority of people alive today capable of truthfully articulating the facts of humanity’s predicament. And as such, you will become a true asset to your community and indeed, to humanity’s collective future.

When the facts are sufficiently known by a critical number of people, then it is highly feasible that humanity will be able to effectively abolish and transcend all forms of economic warfare and financial despotism – our collective imperative demands from us that we do just that. Education and knowledge are the keys that unlock this process, and those researchers willing to be pioneers in a world otherwise bogged down with hearsay and opinions stand to make the critical difference.

A mountain of data and evidence have been condensed into

a shocking collage that provides readers these keys – education and knowledge of how finance really works in our world. We are all very fortunate that James Bernard Gilmore has researched, compiled and written this book, and chosen to release The Bankster Diaries at this critical time in history.