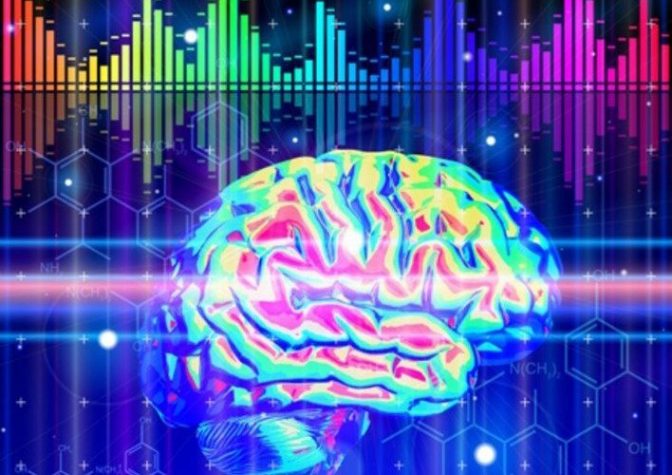 Mental illness has reached an all time high in the world, and yet the modern day medicines to relieve symptoms have gained controversy. This is, in part, why people have dug up the past to better understand alternative ways of healing.

Sound, for instance, has been a tool for promoting the physical and emotional health of the body for as long as history can account for, deeply rooted in ancient cultures and civilizations. The ancient Egyptians used vowel sound chants in healing because they believed vowels were sacred. Tibetan monks take advantage of singing bowls, which they believe to be “a symbol of the unknowable” whose “vibrations have been described as the sound of the universe manifesting.”

“Our various states of consciousness are directly connected to the ever-changing electrical, chemical, and architectural environment of the brain. Daily habits of behavior and thought processes have the ability to alter the architecture of brain structure and connectivity, as well as, the neurochemical and electrical neural oscillations of your mind.”

Psychoacoustics is the scientific study of the perception of sound, and it has fueled researchers paths to better understand how it can be used as medicine. For instance, in 1973, Dr. Gerald Oster, a medical doctor and biophysicist, proved, in his research paper, “Auditory Beats in the Brain,” how sound affects the how the brain absorbs new information, controls mood, sleep patterns, healing responses, and more, and how quickly. Thus, specific frequencies of sound and music can be used to generate neurotransmitters such as serotonin.

To understand the fundamentals of sound in healing, we must first understand our brain waves. The nucleus of our thoughts, emotions, and behaviors, is the communication between neurons. Brain waves are generated by way of electrical pulses working in unison from masses of neurons interacting with one another. Brain waves are divided into five different bandwidths that are thought to form a spectrum of human consciousness.

The slowest of the waves are delta waves (.5 to 3 Hz), which are the slowest brain waves and occur mostly during our deepest state of sleep. The fastest of the waves are gamma waves (25 to 100 Hz), which are associated with higher states of conscious perception. Alpha waves (8 to 12 Hz) occur when the brain is daydreaming or consciously practicing mindfulness or meditation.

According to Dr. Suzanne Evans Morris, Ph.D., a speech-language pathologist:

Research shows that different frequencies presented to each ear through stereo headphones… create a difference tone (or binaural beat) as the brain puts together the two tones it actually hears. Through EEG monitoring the difference tone is identified by a change in the electrical pattern produced by the brain. For example, frequencies of 200 Hz and 210 Hz produce a binaural beat frequency of 10 Hz (The difference in 210 Hz and 200 Hz is 10 Hz). Monitoring of the brain’s electricity (EEG) shows that the brain produces increased 10 Hz activity with equal frequency and amplitude of the wave form in both hemispheres of the brain (left and right hemisphere).

It is thought that different brain wave patterns are connected to the production in the brain of certain neurochemicals linked with relaxation and stress release, as well as better learning and creativity, memory, and more. Such neurochemicals include beta-endorphins, growth factors, gut peptides, acetylcholine, vasopressin, and serotonin.

As far as we can tell, each brain center generates impulses at a specific frequency based on the predominant neurotransmitter it secretes. In other words, the brain’s internal communication system—its language, is based on frequency… Presumably, when we send in waves of electrical energy at, say, 10 Hz, certain cells in the lower brain stem will respond because they normally fire within that frequency range.

Additional research upholds the beliefs of mind-body medicine in this sense, stating that brainwaves being in the Alpha state, 8 to 14 Hz, permits a vibration allowing for more serotonin to be created.

It’s important for us to come to terms with the fact that there is science behind age-old medicinal practices that do not require putting unknown substances in our bodies to alleviate issues like stress, depression, anxiety, and more.

But even more intriguing is to think something as simple as sound, as music, which we have come to treat as utterly pleasurable entertainment, has not only been used to promote healing and well-being, but has proven to work through research as well.

If your mental health is of concern, try listening to a binaural beat to generate alpha waves between 8 and 14 Hz to produce more serotonin. Another option is to take advantage of music that promotes a relaxed alpha state in the brain such as classical music.