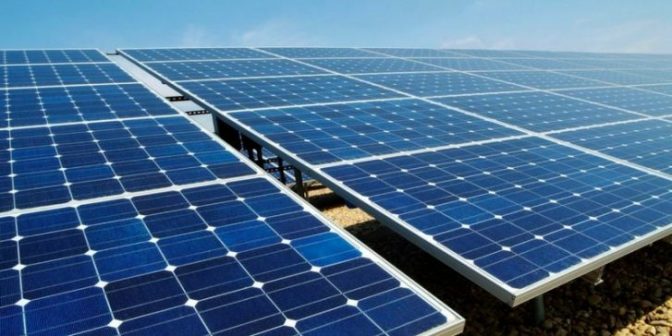 (ANTIMEDIA) Puerto Rico — With the majority of Puerto Rico’s 3.4 million citizens still without power following Hurricane Maria, the commonwealth’s government is floating the idea of starting from scratch as it rebuilds — ditching oil dependency and moving toward renewable energies.

If the idea takes root, Puerto Rico’s new system will be comprised of a network of “microgrids” that can function independently and be tailored to specific regions, as TIME explained on Friday:

“Microgrids incorporate small-scale power plants — think small solar arrays, or a couple of wind turbines — as well as energy storage solutions like batteries to keep electricity flowing. Transmission lines can connect microgrids to the wider grid, but the link is not necessary.”

The governor of the commonwealth reportedly brought up the microgrid concept himself on Friday.

“We can start dividing Puerto Rico into different regions…and then start developing microgrids,” said Governor Ricardo Rossello. “That’s not going to solve the problem, but it’s certainly going to start lighting up Puerto Rico much quicker.”

Jeff Nevin, former deputy chief of staff at the U.S. Department of Energy, told TIME that if the government of Puerto Rico is looking to save money, then renewable energy is the route to travel.

“If the standard was that Puerto Rico should procure the cheapest electricity for its residents, it’s not oil,” he said. “Solar and wind, and frankly anything else, are going to be much cheaper.”

In fact, Reuters reported Saturday that government officials and financial market players alike are viewing Puerto Rico’s situation as an opportunity. From the article:

“Now some politicians and renewable energy investors see a golden opportunity in the crisis to use federal funds to re-invent the U.S. territory’s grid as a storm-resistant network that relies less on costly coal and oil imports and more on local wind, solar, and batteries.”

In the meantime, electric vehicle maker Tesla is sending hundreds of its Powerwall batteries to Puerto Rico. Powerwalls store electricity gathered from solar panels. The first units were sent directly after the storm’s passing and more are on their way, the company says.