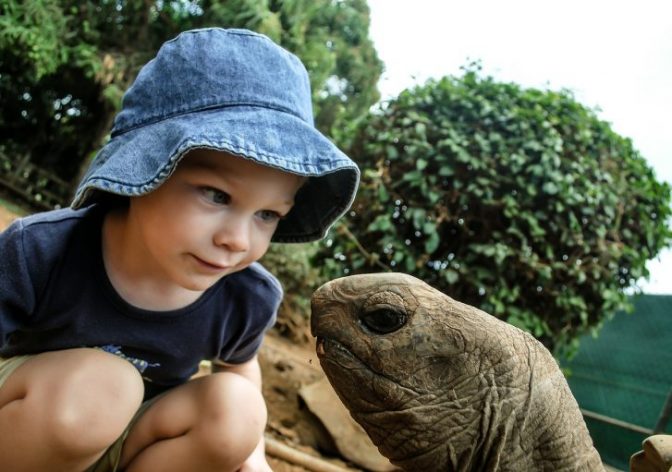 It all began with an interview by a talent agency.

Maureen was a beautiful little girl whose smile could make your heart melt. Pre-school teachers adored her, as she was the child who made sure that none of her classmates were ever isolated from group activities. To this day she puts others before herself. When Maureen was five a representative from a reputable modeling agency came to our home to interview her. I was a young mother and thought it would be a source for her college fund, if she were hired.   After 5 minutes the agent told me that, although Maureen was exactly what she was looking for, I should call her back when she calms down. This came as a shock to me. Did my precious child have ADD or ADHD? Until this time I have very little knowledge of hyperactivity and assumed that Maureen was just more active than her older sister. Computers were not a household item at this time and Internet resources were limited.

Not long afterward, a serendipitous moment happened while I was speaking to another mom at dance school. I told her about the modeling interview and she asked about Maureen’s diet. This other mom had issues with her own daughter and bouts of hyperactivity, which she found out was caused by food coloring. That afternoon I went through the pantry and discarded any item that contained food coloring. I found the biggest culprits to be breakfast cereal, fruit juice, and candy. Within a week Maureen was like a different child. She was more attentive and could sit still. We never did contact the modeling agency again. Maureen is now an adult but still gets a bit of a ‘buzz’ when she has any product with food coloring.

On August 8, 2004, my granddaughter Danaan was born to my opioid-addicted daughter Kate. We knew of Kate’s addiction but were led to believe that she was prescribed methadone under a doctor’s care during her pregnancy. The day after Danaan was born, a worker from Child Protective Services came to our home and awarded us custody of her and her two-year-old sister. The CPS worker, with tears in his eyes, told us that he never observed a baby trembling as much as Danaan on the examining table. Danaan was born with four different opiates in her system, not just methadone. Fortunately Danaan thrived as a baby and did not seem to display any long-term effects. However, when Danaan was four, her doctor sent her for testing to determine if constant fluid in her ears was delaying her language. Danaan passed the language test but failed other tests. At first they labeled her under the umbrella of SIDS (Sensory Integration Disorder).

Danaan was unable to make friends at school and avoided eating lunch in the cafeteria because of the noise and bright lights. She was provided a therapist who would shadow her in school and visit our home once a week. Around this time the pediatrician recommended us to a neurologist to conduct further testing. Danaan was diagnosed with ADHD and anxiety. As with Maureen, I sought alternatives to medication but Danaan’s condition was different. Maureen’s hyperactivity was related to artificial food coloring but Danaan’s ADHD, in my opinion, is directly related to her in-utero drug abuse. The research connecting ADHD and food coloring is ubiquitous but, to this day, I am having difficulty finding studies linking ADHD to pre-natal opioid use.

The therapist gave Danaan a rubber cushion that could be inflated and had different textures on each side. At first this helped her sit still but she felt self-conscious using it. We also taped Velcro under her seat to pacify her tactile needs. Eventually Danaan began taking medication and was more focused in school. Unfortunately the medication made her act in an almost sedated manner. After a year on the medication, Danaan began having palpitations and panic attacks in school. We discontinued the meds and she underwent a cardiac workup before being prescribed a new medication. Still not satisfied, I searched for alternatives. I began to schedule weekly visits for Danaan with my acupuncturist. After a few months of acupuncture, we were able to lower Danaan’s dosage.

Today, at the age of thirteen, Danaan continues to take medication for ADHD but her dosage is the same, as a seven-year-old would be prescribed. We give her an even smaller dose on non-school days. She is a beautiful, social, compassionate teenager who is exceling in school. Danaan has always wanted to be a surgeon and has already begun looking at pre-med programs with high acceptance rates into medical schools.

In my personal experience, raising a child with ADHD requires patience and understanding. As an educator I have encountered a plethora of students who are on medication for different disorders, the most common being ADHD. In my opinion, many of these students are either mis-diagnosed or over medicated. As with any diagnosis, I advise seeking a second opinion and looking for alternatives. For Maureen it was as simple as reading food labels. Danaan has been able to combine meditation, breathing exercises and acupuncture as a way to control her ADHD. I will continue my search for answers as to whether in-utero drug abuse is related to ADHD. When Danaan was two years old we welcomed her sister Kylie into the world. During her pregnancy with Kylie, Kate followed the doctor’s orders and was prescribed low doses of methadone, which she did not abuse or combine with other opiates. Kylie was weaned off methadone at birth and never presented any symptoms of ADHD or SIDS.

The Link Between ADHD and Artificial Food Coloring

A study by the United Kingdom’s Food Standards Agency in 2007 indicated that consuming foods containing artificial food coloring could increase hyperactive behavior in children. In the study of 3-, 8- and 9-year-olds, children were given three different types of beverages to drink. During the study teachers and parents observed their behavior:

The first drink contained a mixture of artificial food colorings, including:

The first two drinks also contained sodium benzoate. The third drink was a control and contained no food coloring or additives. Researchers observed that hyperactive behavior by the 8- and 9-year-olds increased with both the mixtures containing artificial coloring additives. The hyperactive behavior of 3-year-olds increased with the first beverage but not necessarily with the second. They concluded that the results show an adverse effect on behavior after consumption of the drinks containing additives.

A 2007 study commissioned by the British Food Standards Agency linked a mix of food dyes with increased levels of hyperactivity, attention deficit hyperactivity disorder and lower IQs in typical/ordinary children. 2

Link Between Sugar and ADHD

While carbohydrates and processed sugars may appear to have an effect on a child’s activity level, there is no proof that sugar causes ADHD. Sugars produce a swift increase in blood glucose levels because they enter the bloodstream so rapidly. This blood sugar spike may result in a child becoming more active due to an adrenaline rush. Decreased activity in the child is sometimes noted as the adrenaline levels fall. 3

Create Your Own Natural Food Color

Below is a list of natural ingredients to create your own food colors. The colors may not be as vibrant as artificial food colorings but are a healthier choice. You may find a more pleasant taste and with little to no risk of allergic reactions or side effects. I have used spinach and beet juice to dye Easter eggs but the resulting colors were anything but vibrant.

What Are The Side Effects of Red 40?

According to the Center for Science in the Public Interest, products containing Red 40 caused allergic reactions, such as swelling around the mouth. Research has also shown a link between Red 40 and hyperactivity in kids. Studies using Red 40 have been done on rats with disturbing results. The rats had lower reproductive success, a reduced weight of both parents and their offspring, decreased brain weight, and a lower chance of survival for newborn rats.

The FDA mandates that food with Red 40 must be labeled appropriately, however the amount of Red 40 in each specific product does not have to be revealed. A common misconception is that as long as you stay away from red and orange colored foods, you should be in the clear when it comes to avoiding Red 40. Unfortunately, this is not always the case. Red 40 can be found in pickles, some salad dressings and various cheeses.

Beginning in 2011, the FDA requires that carmine and cochineal extract be specifically listed on product labels, and not just as “color additives.” Because it is made from insects, people consuming carmine and cochineal extract have reported severe allergic reactions, including anaphylaxis. Recently I observed another woman reading labels in my local supermarket. We compared ingredients that we looked for primarily in products. For health reasons, I have to limit sodium and cholesterol. The woman I spoke to told me that she was admitted to the hospital with anaphylaxis after consuming food containing carmine. She had no idea that it came from ground up insect wings.

The FDA won’t require food labels to state that carmine and cochineal extract are derived from insects. And the labels won’t have to flag those ingredients as potential allergens. The FDA notes that its new rule was motivated only by reports of allergic reactions; it wasn’t about alerting vegetarians or other people who avoid animal-based products. 6