Raw Water: What The Media Isn’t Telling You 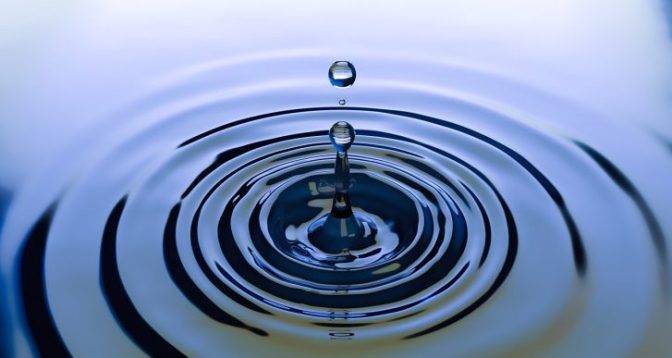 (NaturalHealth365) Raw water has been making a lot of headlines lately.

From being touted as a Silicon Valley trend, to being slammed for supposed safety concerns, the reporting on the topic has been biased and inaccurate at best. As an independent researcher of water physics, I wanted to share my perspective with two very basic points.

First, the “raw water” or “off-the-grid” water trend is reflective of a market drive for Spring-to-Cup water, in the same way there has been a drive for Farm-to-Table food. People recognize the inherent value of food (and in this case water) that is unprocessed, for a variety of reasons – some scientific, some ethical, and some just personal preference.

And just as farmers have a responsibility to ensure that their food going from farm-to-table is clean, and free of bacteria like e.coli or fertilizers unfit for consumption, so too should raw water users have a responsibility to test their water to standards of purity. And they do – the company who first coined and trademarked the term raw water, Tourmaline Spring, meets their responsibility to their consumers through regular testing, with purity levels exceeding state standards and garnering them both state approval and high praise from water quality analysts.

Just as individuals partaking in their own farm-to-table efforts are responsible for their own endeavors (whether eating spoiled meat, or the risks associated with drinking unpasteurized milk or juices, bacteria on vegetables, or inedible fertilizers and pesticides on harvested produce), so too are those individuals who choose to harvest their own water responsible for their own safety in ensuring it’s fit for human consumption.

We don’t attack farmers for the stupid choices of a few individuals, nor do we say that people cannot grow their own food because someone didn’t store their eggs properly, or ate fruit sprayed with toxic pesticides not certified for use on edible plants.

Secondly, the idea that all tap water is safe, or that events like the Flint Water Crisis is a one-off, as one journalist implied, is inaccurate. In the San Francisco Bay area, half of the schools have been found to have lead contamination – with one faucet at San Francisco International High School registering lead at 5,600 parts per billion, well over the EPA’s limit of 15 ppb.

What could be lurking inside your drinking water?

It’s not just lead. There are concerns over contamination from pesticides or disinfecting agents causing cancer clusters to pop up in South Carolina. And, a recent report of nearly 50,000 public water systems in the US revealed that between 2010 and 2015, more than 22,000 utilities were providing water through public systems containing radium, a radioactive cancer-causing element.

Public water utilities in 27 states had water exceeding the EPA’s legal limits for radium, and it is estimated 38% of Americans are drinking tap water with this radioactive element that far exceeds the safety levels set in 2006 by California’s state scientists.

These types of reports demonstrate evidence to the contrary for proponents of tap water safety. Add to that valid concerns over fluoride, which has been removed in several cities such as San Jose and Portland by voted legislation, and you’ve got more than enough reason to be concerned over the quality and safety of your tap water.

It’s driven the market for things like Brita filters or reverse osmosis systems, to remove the unwanted substances from our tap water – much in the same way the market has demanded more organic food options.

Eating or growing organic doesn’t mean you don’t consider food safety in storage and preparation, nor are you any more protected from bacteria like e.coli or salmonella, which affect over 3 million people with food poisoning every year. People are meant to be responsible themselves.

Why is raw water in the news lately?

The push behind the negative press over raw water seems to be coming primarily from the biggest heads in the bottled beverage industry. Their push is likely not driven by a desire for public protection – these are, after all, the same people who largely contributed to our current child and adult diabetes and obesity epidemics, according to studies by places like the Institute of Medicine, the Departments of Nutrition and Epidemiology, and just common sense.

Maybe it’s because they recognize the same trend in water that is happening in organic foods and GMO labeling efforts – which has cost industry giants who profit from cheap, processed, unhealthy, and disease-inducing food billions of dollars, and significant market share.

Implying a need for water treatment processing in raw or spring-to-cup water companies, or portraying what they stand for as “dangerous” is ludicrous and ignorant. People who desire to harvest their own food, or water, are responsible for their own choices – not the industry forerunners who are already responsible and proactive in protecting their consumers.

Should we require testing for water sold on the market? Absolutely, and the leading company has already set a standard. But should we force unnecessary processing and treatment at the cost of the consumer, and allow the government to tell people they cannot collect their own water?

Big water companies are trying to control your ‘freedom of choice’

That’s where the rhetoric is trying to go, and that is a lot more dangerous than a few idiots drinking polluted or contaminated water – which happens on camping trips regularly by people who didn’t apply this knowledge properly.

Wells and rainwater catches are not demonized, and individuals who utilize them are responsible for ensuring their own safety and it’s potability. And as of yet, not one of these journalists have shown anyone in this trend who got ill from harvesting water or drinking from raw water sources.

Does it happen? Like the occasional campers, probably – but not very often, and most of the people partaking are educated enough about what they’re doing, much like the hobby chicken farmer.

People are always going to desire spring-to-cup options, just as they desire farm-to-table food. This isn’t about public protection; it’s about market share, and a drive to redirect the conversation to attack a small industry.

A small industry with several of the players doing a good thing, and providing a safe and naturally pure option for consumers. We can educate consumers, while at the same time being grateful for pioneers like Tourmaline Spring – who have set the standard for testing and purity while answering market demand – rather than attacking them, or others, who search out or prefer spring-to-cup water.

About the author: Carly Nuday, PhD, water researcher, author and advocate, is currently conducting research and development with Water, Inc., actively studying and creating the most effective methods of raising water’s structure to improve bio-availability and life-promoting properties for both individual and agricultural applications.