The Reality of Truth: An Enlightening Journey Into Different Levels of Consciousness (Documentary) 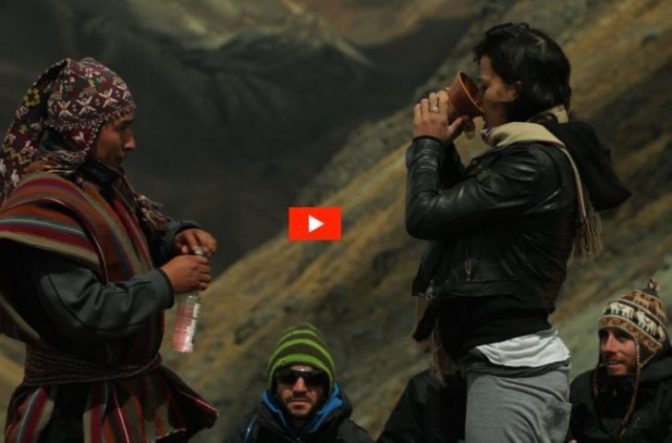 We are living in a time that is equal parts chaos and creativity, as the world around us is changing at an-ever increasing rate. Politics, society, and culture as we know it are in the midst of an unprecedented evolution, which seems to be happening due in part to a massive paradigm shift.

As many feel called to begin looking inward for answers, the exploration of our consciousness and our curiosity about a greater reality (beyond what is visibly seen) are showing us that history may not be exactly what we’ve been told.

Renaissance periods happen after a time of great darkness, and our modern renaissance seems to be following this cyclical pattern. As things “seem” to be getting darker, those with the light within them are shining even brighter, and searching for answers beyond the veil of corruption. Some believe that our modern renaissance is a psychedelic one, with the psychedelic experience being an initiation into higher consciousness, creativity, and illumination. This new illumination provides a new type of clarity for the lens with which we view reality through.

“We have to create culture, don’t watch TV, don’t read magazines, don’t even listen to NPR. Create your own roadshow. The nexus of space and time where you are now is the most immediate sector of your universe, and if you’re worrying about Michael Jackson or Bill Clinton or somebody else, then you are disempowered, you’re giving it all away to icons, icons which are maintained by an electronic media so that you want to dress like X or have lips like Y. This is shit-brained, this kind of thinking. That is all cultural diversion, and what is real is you and your friends and your associations, your highs, your orgasms, your hopes, your plans, your fears. And we are told ‘no’, we’re unimportant, we’re peripheral. ‘Get a degree, get a job, get a this, get a that.’ And then you’re a player, you don’t want to even play in that game. You want to reclaim your mind and get it out of the hands of the cultural engineers who want to turn you into a half-baked moron consuming all this trash that’s being manufactured out of the bones of a dying world.”

A new documentary called The Reality of Truth follows the journey of Zappy Zapolin, a wisdom seeker looking beyond the veil as he searches for a deeper understanding of consciousness and the role of psychedelics and spirituality. He is curious to access the tools available for us to understand the world(s) and various realities around us, and reveal the metaphors that may have been hidden in plain sight for centuries in various religious texts.

“Could part of the religious experience have to do with plant sacraments?”

The story begins with this question, and synchronicity allows the answers to become manifest as Zappy interviews various thought-leaders including Deepak Chopra, Ram Dass, Marianne Williamson, Sri Sri Ravi Shankar, and Foster Gamble (to name a few) — then journeys to Peru with Michelle Rodriguez (Fast and the Furious) to participate in an ayahuasca ceremony.

All experience eventually culminates with an eye-opening revelation of truth, and a new understanding of our roles in creating a new world, through healing, and harnessing our power as creators and spiritual beings.

The film is available to watch for free on YouTube, and is a delightful and eye-opening journey! Watch below, and share your thoughts!