Why Rebels Are So Important to Society 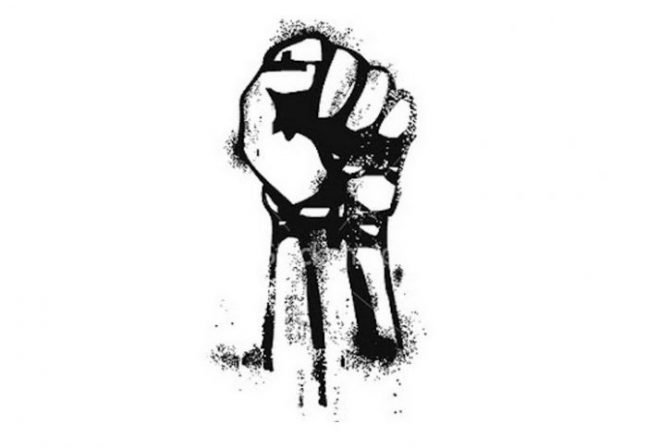 The human mind is incredibly complex. It’s been approximated that the human brain contains around 100 billion neurons, which is a testament to just how little we know about the uniqueness of the human experience. With as much as there is to understand, psychologists have spent years building conceptual frameworks of personality which serve as a way to break down the complexity into more easily digestible parts. One of the most common of these concepts is the “Big Five” dimensions of personality, however many more exist including work done by Carl Jung, as well as Dr. Carol Pearson’s “Six Archetypes We Live By,” as popularized by her book “The Hero Within.”

One personality archetype which is often overlooked is known as “The Rebel,” and because of their unique tendency to challenge orthodoxy and chart their own way through life they are becoming increasingly more important in our modern society which demands a growing obedience toward the authorities of government and mainstream culture.

One quote from American actor and playwright Harvey Fierstein explains the perspective of a rebellious type personality.

“Never be bullied into silence. Never allow yourself to be made a victim. Accept no one’s definition of your life, but define yourself.” – Harvey Fierstein

In order to understand the significance of the rebel, it’s helpful to recognize the psychology of the masses. A modern-day fable based on studies conducted by G.R. Stephenson (1967) and Wolfgang Köhler (1920’s) exemplifies the tendency which many have to cling to the norm.

First, a group of scientists placed five monkeys in a cage along with a ladder and a banana on a string which hung just above the top of the ladder. After a while, one of the monkeys decided it would claim the banana and attempted to climb the ladder. To all the monkeys’ shock and demise, as soon as one of them stepped foot on that ladder, they were all sprayed with cold water. After a few more tries, the monkeys gave up on trying to attain the banana.

Next one of the monkeys was removed from the cage and an entirely new monkey, oblivious to the cold water the others had been sprayed with, was placed in the cage. When it spotted the banana it made the mistake of attempting to climb the ladder, but this time instead of being sprayed with water, the rest of the monkeys attacked their new companion in an effort to stop another dousing of cold water.

Now a second monkey was removed and replaced. The same scenario played out, except this time the new monkey, which was never sprayed with water or even aware that water had been sprayed, took place in the beating of this new monkey. After the rest of the monkeys were replaced, and several beatings occurred, any time one of the monkeys attempted to climb the ladder and obtain the banana the rest of them would attack.

If you were to have asked one of those monkeys why it engaged in beating up any who tried to climb the ladder, it would likely have said “I don’t know. That’s just the way things are done around here.”

This mentality of pressuring others to conform without understanding the origins of why is clearly visible in areas such as religious tradition, the modern-style of centralized education, and the highly deceptive and unsustainable system of debt-based fiat currency.

The Role Of “The Rebel”

If one of those monkeys had been a rebellious-type capable of as complex communication as humans are, they would likely have demanded a reason as to why each monkey must get beat up after trying to climb the ladder. “That’s just the way things are done around here” isn’t good enough. The rebel would likely have challenged the fact that they are in a cage and getting sprayed by cold water as well.

“True rebels are not simply against rules or what others say just for the sake of being different; for example, they will protest wars because they believe in a particular cause, and can articulate it with conviction. In other words, there is method to the rebel’s apparent madness.” – Nicola Davies (PhD)

She goes on to explain some benefits and pitfalls of rebels:

“Rebels are generally well-meaning and intelligent, besides being very passionate, compassionate, and determined individuals. In addition:

…[However,] their creativity can be embarrassing for others, such as when it comes to defending or showcasing unconventional ideas (i.e. wearing outrageous clothes or hairstyles to work just to make a point)…[and they] dislike that people bow to authority so easily or accept the status quo without question.”

There’s A Little Rebel In All Of Us

Of course, it’s not as black-and-white as either being or not being a rebel. There’s a rebellious aspect to all of us, although it is more pronounced in some of us than others. Ultimately, it is that rebellious nature that we all have to some extent which progresses society the most. Leonardo DeVinci, for example, as well as Nikola Tesla were highly rebellious against the scientific establishment at the time, and Giadano Bruno was so ahead of his time that he was burned at the stake by the Roman Church. Ghandi, as well as Martin Luther King Jr. were both notable rebels as well.

Just as rebels in the past have not been recognized until years later, in modern-day we have those challenging the status quo against increasingly intense opposition, such as Mike Adams from Natural News, Jeffrey Smith from the Institute for Responsible Technology, Dane Wigington from GeoEngineering Watch, Masaru Emoto, David Icke and many more, including a whole plethora of individuals who have a unique point of view and challenge the status quo every day through their actions and beliefs.

If you happen to be a rebel, know that there isn’t anything wrong with you. In fact, your uniqueness and drive to challenge orthodoxy is needed more than you realize. As Kurt Cobain allegedly said, “Wanting to be somebody else is a waste of who you are.”

“I am taking my life back from the craziness of this world. I am interrupting the world’s plan for me to live out my dreams instead. I am shutting myself off from the deadness of conforming. I am doing this life my way from now on.” – S.C. Lourie

This article (Why Rebels Are So Important to Society) was originally created and published by Waking Times and is published here under a Creative Commons license with attribution to Phillip Schneider and WakingTimes.com. It may be re-posted freely with proper attribution, author bio, and this copyright statement.