Recycled Ocean Plastic Could Be the Building Block of Our Future 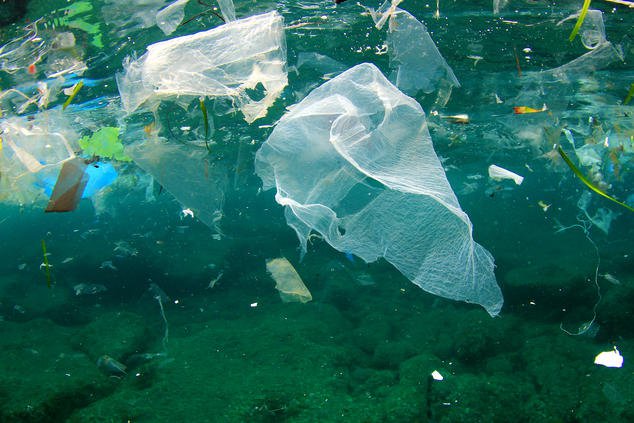 Plastic seems to be everywhere these days — in water bottles, food and storage containers, toys, electronic cases, toiletries, supermarket bags, and so much more.

In 1950, virtually no plastic had been made, but today presents a much different story. Over the last 70 years, humans have been producing an increasing amount of different types of plastic, from Bakelite and polyethylene bags to PVC. In fact, a total of 300 million tonnes of plastic — nearly the weight of the entire human population — circulates the planet annually, and this number is only going to increase. And that’s not a good thing.

Plastic has made its way onto the ocean floor and remote islands, deep in underground landfill sites, and even into the food chain. Not even polar regions, which were once thought to be unspoiled, are safe. Researchers revealed back in 2014 that such areas now have “significant” levels of plastic.

Much of our wildlife is harmed as a result of our obsession with plastic, too. Seabirds and turtles, for instance, become wrapped up in plastic and drown or choke to death. And when 13 sperm whales washed ashore near the German state of Schleswig-Holstein earlier this year, researchers revealed that four of them had large amounts of plastic waste in their stomachs.

But if all this information is out there, why do we continue to smother our planet with plastic? The reason is simple: The material is very durable, cheap, easy to produce, and extremely versatile. But we do a terrible job accounting for our reliance on it. In fact, of the 300 million tonnes created annually, not even 8% of it is recycled. So how can we make a change?

ByFusion, a company that takes advantage of new technology to recycle plastic into construction blocks, wants to be the change we, and our planet, desperately need in terms of reimagining the plastic problem.

Their process uses modular technology to transform plastic into a material called RePlast, and it’s both simple and eco-friendly. Any form of plastic can be made into this new material, no matter its shape or density. Furthermore, the plastic doesn’t have to be sorted, washed, or glued together. A big payout with little work required? RePlast sounds like an environmental dream come true.

The technology comes from the genius mind of New Zealand-based inventor Peter Lewis, who is a principal engineer with ByFusion. His process uses a modular platform to compress plastic debris into blocks of many shapes and densities using custom settings. The system is portable, and is designed to run on gas or electric.

On its website, ByFusion refers to RePlast as a “nearly 100-percent carbon neutral, non-toxic manufacturing process.” It also says the bricks can boost the eco-friendly status of building projects and help with LEED certification. Thus far, the recycled plastic blocks have been designed for use in walls and road barriers, though the company is not opposed to customizing the building materials to adhere to other types of projects as well.

The RePlast blocks could be the next generation of sustainable construction, especially given the fact that they require no glue or adhesives, and are instead completely recycled from collected waste plastic. They also have 95% lower greenhouse gas emissions than classic concrete block.

The nature of the plastic debris creates some intriguingly colourful blocks to boot. Check them out below: