Does Recycling Actually Help The Planet? Or Is It “The Most Wasteful Activity In Modern America?” 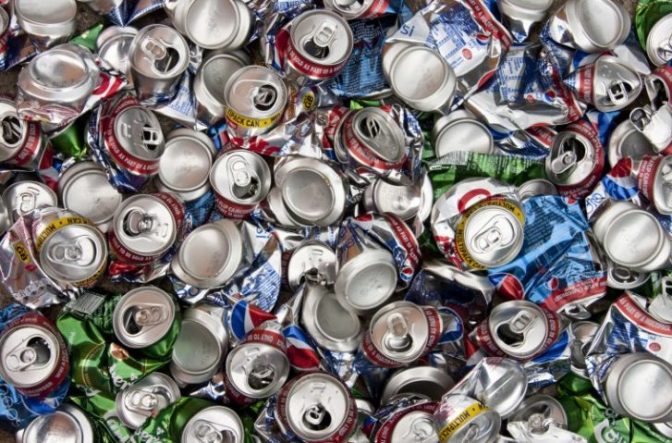 “Do you recycle?” It’s a question I ask every household I am in. When I moved into my flat a few years ago, I noticed there was no recycling bin in our alley, but rather a whole lot of trash bins. I called the trash company and requested a bin. It made me feel good, in a doing-my-part-in-society type of way. But is that all it’s doing? Stroking my ego?

In 1996, John Tierney wrote an in-depth article for the New York Times that ripped apart the recycling culture in America, calling it “the most wasteful activity in modern America: a waste of time and money, a waste of human and natural resources.”

He called it a public obsession that meets some emotional need.

Initially, the article feels like a slap in the face to Mother Earth, and to me, who truly wants to do her part. But the truth is, there is a lot of incredible insight in his article that is not meant to tear us down, but rather, bring awareness.

In 2015, Tierney came out with a followup piece, which came to a similar conclusion as his first one.  “Despite decades of exhortations and mandates, it’s still typically more expensive for municipalities to recycle household waste than to send it to a landfill,” he writes.  “When it comes to the bottom line, both economically and environmentally, not much has changed at all.”

So, is recycling really a waste?

“The value of recycling depends on the material in question,” says David Biello, an associate editor at Scientific American who has long covered environmental issues, “and whether all hidden costs and benefits go into the analysis.”

For instance, glass is very expensive to recycle, and it can cost up to $90 to process a tonne of glass, which only receives $10 per tonne on the market. “What makes recyclables valuable is their rarity,” says Steve Shannon, an ecologist and municipal services manager at Balcones Resources, a recycling firm based in Austin, Texas. “Trees are scarcer than sand.”

Tierney touches on this concept as well, explaining that, “For every ton of glass . . . that the truck delivers to a private recycler, the city currently spends $200 more than it would spend to bury the material in a landfill.”

However, Biello points out that a “simple cost-benefit analysis does not correctly measure the environmental costs of dumping plastics or cutting down more trees for paper products.”

Perhaps we are missing the biggest picture of all, however. What if we focused less on recycling and more on consumption?

“By 2050, humanity could devour an estimated 140 billion tons of minerals, ores, fossil fuels and biomass per year – three times its current appetite,” said the U.N. Development Program (UNDP). This reality makes it urgent that we “decouple” economic growth from natural resource consumption, as well as the environmental impact of that consumption.

“People believe environmental ‘bads’ are the price we must pay for economic ‘goods,'” said U.N. Under Secretary-General Achim Steiner, UNEP’s executive director. “However, we cannot, and need not, continue to act as if this trade-off is inevitable. Decoupling is part of a transition to a low carbon, resource efficient green economy needed in order to stimulate growth, generate decent kinds of employment and eradicate poverty in a way that keeps humanity’s footprint within planetary boundaries.”

Whether Tierney’s assertion that recycling is the result of first-world guilt is true or not, one thing is for certain: We need to learn how to do more with less.