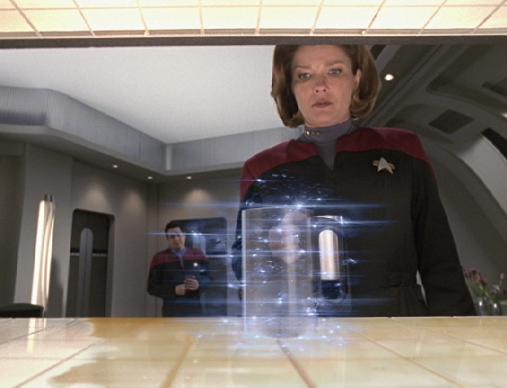 Want to change the world and bring forth the revolution in consciousness by manifesting abundance to everyone on the planet? Provide every single person around the globe with access to free energy and a Replicator. Can this be done? I say that this will be done and this is the direction our planet is heading towards. This will provide the basic needs of clean drinking water, food, clothing and shelter to all. This will end the starvation and suffering for not only the human beings, but also the billions of animals that are slaughtered for human consumption. With all basic needs provided it will lead to a massive shift in consciousness as individuals will no longer be consumed all day by looking for the basics, and will then be free to create, to love, and to just live the life they’ve always dreamed of having.

Replicator devices first appeared in the science fiction TV series Star Trek to synthesize meals, but later in the series took on many other uses.  Along with free energy technology, this will be the most significant and most important technology ever to be released in our world. Open your minds and think about what these devices will be capable of doing and it will go well beyond your imagination.  And if you think these are only a work of science fiction, think again.  The reality of replicator devices is right at our doorsteps.

The New Earth Nation is creating conscious self-sustaining communities.  A community running on Free Energy and equipped with replicator technology will allow a life unlike anything we’ve ever imagined here on earth.

A replicator will scan any inanimate matter and reproduce this object at the molecular level.  A replicator works by rearranging subatomic particles, which are abundant everywhere in the universe, to form molecules and arrange those molecules to form the object. The beginning stages of this technology are already underway.

One thing that strikes me about this technology is the biotech use.  In the future we will be able to replace any of our body parts and organs with 3-D printed replacement parts infused with our own stem cells that will not be rejected by our own bodies. This is quite remarkable. Think about how this will revolutionize medicine.  War vets, cancer victims, blind and deaf people, and many other diseases and ailments will have an entirely new treatment option.

I believe as the 3-D printing industry continues to advance, it will ultimately lead to replicator technology.  Imagine having you favorite food scanned in this system and at the push of a button having it manifested for your enjoyment.  Coming from Baltimore, Maryland my all-time favorite food is the Chesapeake Bay steamed blue crab.  What if a jumbo blue crab was scanned in this replicator system?  This crab was the largest, freshest and tastiest crab of all.  That would mean every time I went to eat a crab I would be getting the best at the push of a button.  And not only that, no more crabs would need to be killed in the process,  Yes think about the same for cows and chickens and any other animal that we kill for food.  These animals would no longer have to die for human consumption.

Replicators could create anything in the world you can imagine.  You wouldn’t need to go shopping, or have a farm for food, or have factories that pollute the air and the environment.  And if biotech is already underway, replicating living things will be in our future indeed.  How about replicating your favorite type of dog or cat? How about replicating your favorite movie star to hang out with at the clubs on the weekends?  Why don’t we replicate a dinosaur?  Or Albert Einstein?  Yes anything you can possible imagine will be possible in the not so distant future.

Now also let’s look at the global implications of such a device. Think about if everyone in the world had access to free energy and a replicator.  This would not only end poverty and world hunger, it would end most all crime.  If you have free energy and a replicator to provide all your human needs, why would you go commit a crime like stealing?  What’s the point?  I could leave the door to my home unlocked forever. If somebody broke in and took something I would replicate a new one.  And if you own your home, you may not have to worry about ever going to work again.  If you want to live simple, you can survive with unlimited free energy that can power your replicator that will meet all of your necessities.

Future technology is a fascinating subject that I began researching years ago when I came across and article about Ray Kurzweil and his future visions.  We have no idea what the future holds in store but if you were to travel back say 120 years ago, and told someone there that in 120 years we will have automobiles, airplanes, space rockets for space travel, space probes traveling the cosmos, computers and smart phones, and an International Space Station orbiting the planet with people on board, they would have never believed it in a million years.  So just imagine what the next 120 years holds in store.

“According to Extreme Tech, “one of the biggest names in power tools is trying its hand at the future of manufacturing with a new 3D printer.”

Dremel has recently announced the Idea Builder, which “is intended to be the first truly mass-market 3D printer with a competitive price, compact design, and a name people know. The price is quite attractive – the Idea Builder will be on sale soon for $1000.”

The printer will only have a single-extruder, “meaning you can only load a single color of plastic filament at a time. The printing platform is non-heated, so this printer is intended for use with PLA plastics only.” (1)

The replicator technology has begun with the revolutionary 3-D printing devices you can now purchase for your home or office.  As these devices become more advanced and we see the emergence of quantum computing as well as already developed nanotechnologies, it’ s just a matter of time before we can order our very own replicator.