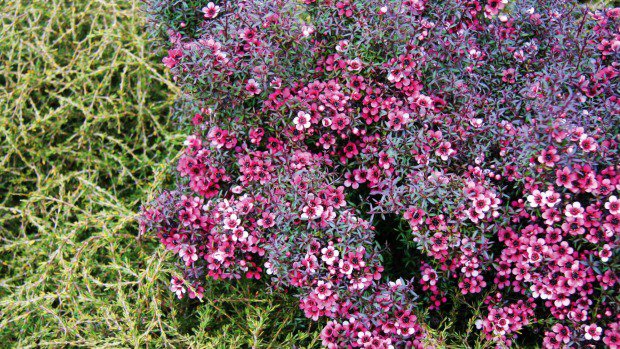 Mānuka honey is considered one of the world’s most unique and beneficial forms of honey thanks to its ability to heal a variety of ailments, from healing sore throats and digestive illnesses to curing Staph infections and gingivitis. But new research indicates this honey may not be the only kind considered to be the bee’s knees of the health and wellness world.

University of Technology Sydney researchers recently announced they had discovered Australia’s jelly tree honey to be just as powerful at combating bacteria as the more renowned mānuka variety of New Zealand.

Antibiotic resistance has been of concern for some time now, and has led researchers to turn to alternative medicine to fight pathogens. Among those products is mānuka honey, which is derived from the flowering mānuka plant.

The Australian study’s lead author, Dr. Nural Cokcetin, called the findings extremely “exciting” and noted they could be a game-changer, since Australia has more than 80 types of mānuka tree growing compared to New Zealand, which has only one species.

For their findings, the researchers observed over 80 honey samples from NSW and Queensland flowering mānuka trees. Their results revealed that the nectar-derived chemical that give NZ mānuka honey its unique antibacterial properties is present in Australian varieties as well.

New Zealand’s UMF Honey Association isn’t taking the findings well, however. In fact, they’re claiming that the Australian researchers are “hitching a ride” on the global reputation of NZ’s honey by branding their jelly tree as mānuka.

“It’s like me taking a vine from France and calling it champagne,” explained association spokesman John Rawcliffe, who thinks it’s crazy Australian producers are even seriously considering trying to take a claim on NZ’s local industry. “The consumer has always seen the words ‘mānuka honey’ being a badge of honour saying it comes from New Zealand.”

But the researchers behind the new study beg to differ. “These findings put Australian mānuka honey on the international radar at a time when antibiotic resistance is recognized as a global crisis,” noted one of the researchers, Nural Cokcetin, from the ithree institute at UTS. “All honeys have different flavours and medicinal properties, depending on the flowers bees visit for nectar.”

“What makes mānuka honey so special is the exceptionally high level of stable antibacterial activity that arises from a naturally occurring compound in the nectar of mānuka flowers. It’s the ingredient we know acts against golden staph and other superbugs resistant to current antibiotics,” Cokcetin added.

Methylglyoxal, the compound found in both the New Zealand and Australian mānuka honeys, actually comes from another naturally occurring compound in the nectar of these flowers. Studies have shown that the honey proves to be an effective antibacterial.

“It is thrilling to be able to use our research expertise and knowledge to help the bee industry and to address the antibiotic resistance crisis,” said lead researcher Liz Harry. “Honey not only kills bacteria on contact but we have shown previously that bacteria don’t become resistant to honey.”

“Our study provides the proof for what we’ve long assumed – that this compound, methylglyoxal (MGO), is present in high levels in Australian mānuka honeys,” Cokcetin noted.  “We’ve also shown that the activity of Australian mānuka honeys has remained unchanged over seven years from harvest, which has huge implications for extending the shelf life of medicinal honey products.”

With the demise of antibiotics on the rise, and happening rapidly, it’s great news to hear that holistic routes, like simple honey, may hold hierarchy in the superbug fight.