Researchers Discover How Our Brains Sharpen Our Memories While We Sleep 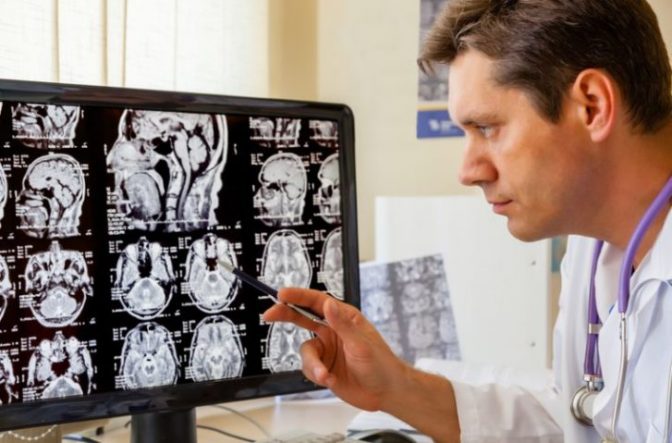 When we feel emotional, foggy, confused, unmotivated, unfocused, or just out of it, people will often give us the advice to rest, or get a good night’s sleep. We know that sleeping is scientifically proven to make us feel better, but what about how it affects our cognitive functioning?

Scientists have long known that our memories rely on created connections between neurons in our brain, but how sleep specifically aids in the consolidation of that information is still unknown.

However, two new studies from the University of Wisconsin and Johns Hopkins University have provided evidence that suggests sleeping allows us to “prune” our memories and fine-tune the knowledge we’ve gained while awake.

Over the course of four years, the biologists examined thin brain shavings from a handful of mice, some that had slept, others that had been kept awake and entertained with toys, and some that had been kept awake without stimulation. The researchers then measured the size and shape of an estimated 6,920 synapses across hundreds of brain sections. What they found was that the sleeping mice had synapses that were 18 percent smaller than the synapses in the mice that were awake.

The synaptic homeostasis hypothesis was first developed over a decade ago  by researchers from the University of Wisconsin, which proposed that sleep gives our brains the ability to cut back the connections we generate between our neurons when we’re awake in order to allow our memories to be clearer.

The idea is that when we experience things, our brains either build or weaken connections called synapses that link our nerve cells. Our developed behaviors and memories are produced by way of these intertwined webs of neurons. The neurons are reliant on the size and strength of the synapse to properly relay messages.

Biologists believe it is sleep that provides the opportunity for the brain to discern what networks need to be downscaled while we’re awake.

Team member Giulio Tononi of the University of Wisconsin’s Centre for Sleep and Consciousness explained back in 2014:

“During wake, learning strengthens the synaptic connections throughout the brain, increasing the need for energy and saturating the brain with new information. Sleep allows the brain to reset, helping integrate, newly learned material with consolidated memories, so the brain can begin anew the next day.”

Biologists from Johns Hopkins University then looked at the question in their own way, tagging proteins on the synapses of living mice using a fluorescent marker. They then looked at the mouse brains as they slept, and found that the markers decreased. Additional analysis discovered a 20 percent drop in the receptor AMPA. The researchers then genetically engineered mice without a type of protein called Homer1A, which is the chemical believed to ignite the removal of receptors in synapses.

The study concluded that the mice slept like their non-engineered cousins, except their synapses held onto their receptors.

To put this knowledge to the test in terms of memory, mice were run through a box with an electrified floor panel, and then treated with a chemical that prevented Homer1A from entering the dendritic spines.

The next day, the mice were run through the same box, but they all froze in fear. When put into a different box, the reduced synapses mice proved brave. However, the mice  treated with Homer1A blockers, froze up in the new box.

The researchers concluded that the mice were confused by similarities between the two boxes due to a lack of memory. This ultimately led them to suggest the importance of sleep in relation to various biological functions.