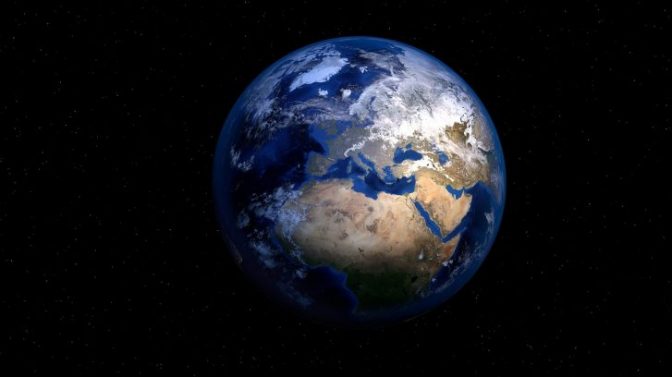 (ANTIMEDIA) — In 2017, large boom sounds startled residents in states across the country. Though some of these incidents have been caused by industrial and aircraft companies, the cause of others remains unknown.

On November 22, an explosion-like sound rocked Salt Creek, TX, baffling police. Eventually, Lockheed Martin took credit for the sound, saying it was a sonic boom from an aircraft test and apologizing for the disturbance.

On November 21, two loud booming sounds in Colorado startled people across the state. CBS Denver reported that “hundreds of people from Lakewood to Brighton, Lochbuie and Elizabeth took to social media reporting one to two distinct ‘explosion-like’ sounds that rattled windows and shook walls.”

CBS contacted the local Air Force base, where officials said their operations had ended before the sounds occurred, ruling out the possibility that it was a jet. According to MSN, despite a CBS reporter’s theory that it could have been caused by meteors from the Leonid shower, an astronomy expert ruled out that possibility, explaining that the meteors were too small to make such a sound.

Ultimately, the Denver Post reported that an empty oil storage tank became over-pressurized, causing the lid to blow off and likely creating the booms. The incident at the Weld County facility occurred at roughly the same time residents began reporting the noises.

Similar explosion-like sounds have been reported in other states, as well. One was reported in the Detroit suburbs on November 18, and a steel company eventually took responsibility for it. There was another on November 15 in Lewiston, Idaho, which has not been explained. Yet another shook Central Alabama on the 14th with no explanation, though AL.com reported it could have been from an aircraft. Alabama experienced a similar event on Sunday, and no explanation has been provided yet.

On November 13, a booming sound hit San Diego with no explanation, though meteorological was suggested it was caused by a weather event. Some residents reported they felt the ground shake.

A loud sound startled residents in Southern New Jersey on October 25. NJ.com reported that while a representative for Joint Base McGuire-Dix-Lakehurst said it could have been a sonic boom from a plane flying off the coast, they also said their base did not have jets capable of breaking the sound barrier. A Navy spokesperson said they had not been conducting any training exercises that could have produced the sound, though Navy jet tests have reportedly caused similar noises in the past.

Events like these have been occurring throughout the year in states across the country, some with explanations and others still lacking. Similar incidents have been documented around the world, including Australia, Norway, and Wales. The incident in Wales was not explained, though the Norwegian sound was said to have been caused by a meteor.

Regardless of what is causing these disturbances, from military testing and industrial accidents to weather events, the steady stream of incidents is likely to keep sparking concern and curiosity among people around the world.