The Most Revolutionary Thing You Can Do Today! 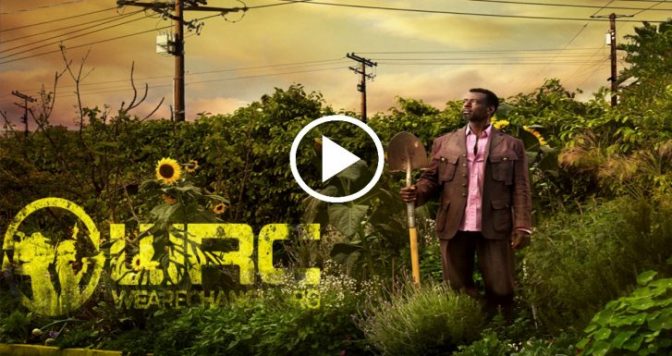 Simply Put Growing Your Own Food is the Most Revolutionary & Impactful Thing That you Can do Today !

In this video Social leader, author, activist, and founder of  The Anti-Media network  Nick Bernabe discusses the power of gardening. He describes how agriculture essentially cuts out the middleman of the government and corporations and allows the rewards of  our labor to go directly from the manufacture or grower into the hands of the people, saving time and money by bypassing traditional commercial avenues.

“If we’re able to cut out the government, cut out the corporations, and then go consumer-direct cooperatives where we’re growing our own food, supplying our own power … the more we can do that, the more we starve the beast. And at the same time we build community and we build local economy.” ~Nick Bernabe

Ron Finley is a Guerilla gardener from South Central LA. who has had a tremendous impact on the Streets of southern California, by Teaching independence and empowerment through his agro-activism campaigns.

The most effective change-makers in our society aren’t waiting around for a new president to make their lives better, No; they are planting seeds, quite literally, and through gardening, they’re rebuilding their communities while growing herbs, vegetables, and independence.

The simple act of growing our own food directly challenges the control matrix in many authentic ways, which is why today the most forward-thinking and strongest-willed people are picking up shovels not swords, and are defiantly starting gardens, in the face of the establishments tyranny. In the last few years dozens of Americans have been arrested or fined for Revolutionary act of simply growing a garden.

Today it has now in places become much more of a meaningful political statement than supporting political parties and candidates.

‘Propaganda gardening’ According to Ron is a combination of guerrilla gardening and political protest. It is about developing self-sufficiency while making a simple, yet bold statement about the world we all share, and the rules we choose to live by.[Source]

Ron Finley and   Nick Bernabe inspire the world with a no-nonsense truth about how the corporate food system acts to enslave us, while also proving that the most effective weapon in this fight is the independence that lies in the fertile soil. They make growing veggies cool again, as it should be, because food sovereignty is the very foundation of personal f

I live in a food prison.. It’s all by design just like prisons are by designed. I just got tired of being an inmate. So I figured, let me change this paradigm, let me grown my own food. This is one thing I can do to escape this predestined life that I have unwillingly subscribed to. – Ron Finley

When united with awareness and action we can create the kind of changes that a rigid control system cannot tolerate, and when extraordinary people like Ron Finley and Nick Bernabe take the lead, a larger more meaningful movement can take hold. This is what real action looks like, it is very effective, and as it becomes more mainstream to set up gardens in your yard and on your block, we will witness the re-emergence of the kind of society that we cannot create by playing by the rules of a rigged and oppressive system.

I had sixty people putting in an urban garden while you all were marching. Now who do you think was more effective? – Ron Finley