Did This Russian Mystic Influence the Occult Symbols on the Back of the Dollar Bill? 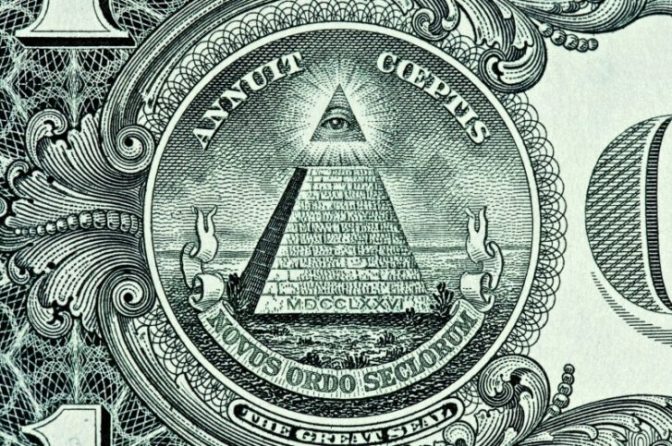 Nicholas Roerich was a Russian painter, writer, archaeologist, theosophist, philosopher, and public figure, who in his youth was influenced by a movement in Russian society around the occult.

He was interested in hypnosis and other spiritual practices and his paintings are said to have hypnotic expression. Many of his paintings are housed in New York City’s Roerich museum, and the colors/textures/symbolism embedded within the work evoke a surreal feeling of other-worldly nostalgia.

Roerich may be best known for his contributions to art and culture, and in his Banner of Peace address of 1931 he said: “Culture is the accumulation of highest Bliss, highest Beauty, highest Knowledge.”

In 1935, the Roerich Pact, was signed into action at the White House in 1935 – and the document declares that “treasures of culture” should be”respected and protected in time of war.”

Around that time, Roerich had close personal ties to President Franklin D. Roosevelt and Vice President Henry Wallace (both Freemasons), and it is believed that his influence may have had something to do with the all-seeing-eye above the pyramid that was attached to our currency in 1935.

The documentary below, Eye of the Phoenix: Secrets of the Dollar Bill, explores Roerich’s life, the secrets of the cryptic symbols on the dollar bill, and the sub-current of the interesting occult influence hidden in plain sight.

The Mystical and Mind-Expanding Art of Nicholas Roerich