Is the Schumann Resonance Rising to Reflect Higher Consciousness? 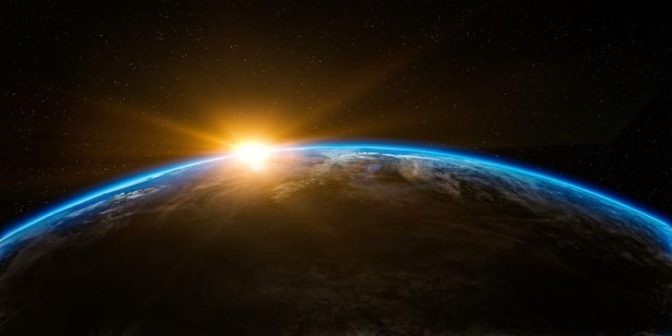 The Schumann resonances are oscillating magnetic frequencies that happen in the Earth’s electromagnetic spectrum.

They are said to be generated by electromagnetic changes that happen within the earth’s core, that then affect the earth’s surface, and ionosphere, including the sentient beings living upon it.

This resonance has been about the same for hundreds, if not thousands of years, but it seems to be changing. Why?

It has been assumed that the Earth, along with all living things on earth, is surrounded and protected with this natural frequency of pulsation of 7.83 HZ, or the Schumann resonance. The ancient Indian Rishis called this sound, OM.

Whether by coincidence or not, it also happens to be a very powerful frequency to use with brainwave entrainment allowing human beings to access their full brains, and heightened consciousness.

Though the Schumann resonance can vary dependent upon the geographic location, it has been hovering around 7.8 cycles per second for years.

This resonance is thought to be the ‘heartbeat of the earth,’ an oscillating frequency which we ourselves attune to in order to stay in balance energetically.

Gregg Braden claims to have found evidence that HAARP and other weaponized weather is messing with the Schumann resonance, offering that there is evidence in the Seattle library’s archives, and though this has not been verified, many others have suggested that that the Schumann frequency is not only altered to control us, but that we can also alter it, depending on our own level of consciousness.

In 2014, it was considered anomalous for the Schumann resonance frequency to have risen from its usual 7.83 HZ to somewhere in the 15-25 levels.

There have been peaks to up to 36 HZ in recent days.

You can also track this in real time using the Space Observing System, here.

This is what it looks like now: http://imgur.com/a/KUnqq Spike in Schumann Resonance in 2017

As the Heart Math institute’s research has revealed by collecting a continuous stream of data from the earth’s magnetic field, there does seem to be a shift occurring in global consciousness, evidenced by changes in the Schumann frequency.

You can look at a spectrogram calendar to see the changes for yourself, here.

Moreover, the research suggests that when many people are in peaceful alignment, the resonance changes to reflect that.

In other words, we are changing the magnetosphere of the planet with our thoughts and actions. This ‘coherence’ is likely being supported inter-galactically as well.

“At any given moment about 2,000 thunderstorms roll over Earth, producing some 50 flashes of lightning every second. Each lightning burst creates electromagnetic waves that begin to circle around Earth captured between Earth’s surface and a boundary about 60 miles up.

Some of the waves – if they have just the right wavelength – combine, increasing in strength, to create a repeating atmospheric heartbeat known as Schumann resonance.

This resonance provides a useful tool to analyze Earth’s weather, its electric environment, and to even help determine what types of atoms and molecules exist in Earth’s atmosphere.

The waves created by lightning do not look like the up and down waves of the ocean, but they still oscillate with regions of greater energy and lesser energy.

These waves remain trapped inside an atmospheric ceiling created by the lower edge of the “ionosphere” – a part of the atmosphere filled with charged particles, which begins about 60 miles up into the sky.

In this case, the sweet spot for resonance requires the wave to be as long (or twice, three times as long, etc.) as the circumference of Earth.

This is an extremely low frequency wave that can be as low as 8 Hertz (Hz) – some one hundred thousand times lower than the lowest frequency radio waves used to send signals to your AM/FM radio.

As this wave flows around Earth, it hits itself again at the perfect spot such that the crests and troughs are aligned. Voila, waves acting in resonance with each other to pump up the original signal.

While they’d been predicted in 1952, Schumann resonances were first measured reliably in the early 1960s.

Since then, scientists have discovered that variations in the resonances correspond to changes in the seasons, solar activity, activity in Earth’s magnetic environment, in water aerosols in the atmosphere, and other Earth-bound phenomena.”

What NASA does not detail is how human consciousness can interact with these frequencies to change them. The Heart Math Institute calls this global coherence, but it is also known in hundreds of ancient texts as the ‘awakening.’

1. The Schumann Resonances are observed by experiment to emerge at several frequencies related to brainwaves.

2. 83 is the strongest of the seven resonances, in the alpha brainwave range.

It could influence REM sleep and dreaming. If it continues to rise, it will breach the threshold into ‘fast’ beta activity. Low beta (12-15Hz) is associated with lack of focused attention, and low beta can even reflect Attention Deficit Disorder.

3. The amplitude (i.e. intensity) of the Schumann resonance is not constant, and appears to be extremely dependent upon tropical (and hence global) temperature.

Indeed preliminary results seem to indicate that a mere one degree increase in temperature seems to be correlated with a doubling of the SR. This could not be more significant, as it is unknown what psychobiological effect these fluctuations could have on humans.

It seems the ‘awakening’ is happening through us, and to us, from within and via ‘external’ influences. Without doubt though the Schumann resonance is changing significantly, what remains to be seen, are the ramifications of these changes.