Scientists Discover that CoQ10 can Program Cancer Cells to Self-Destruct 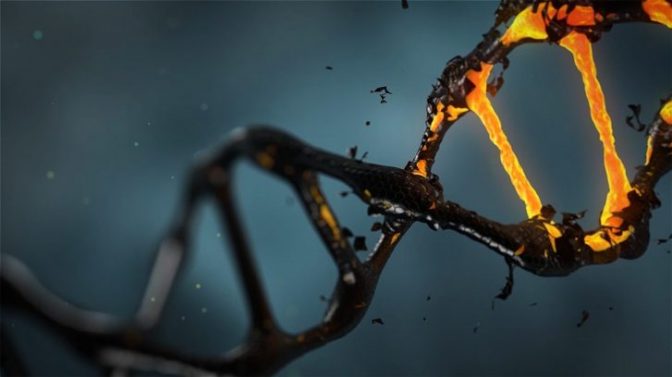 (NaturalHealth365) It has been 60 years since the discovery of CoQ10, a vitamin-like substance first identified by Nobel Prize-winning scientist Frederick Crane. Currently used to help treat heart disease, CoQ10 may have even more therapeutic benefits to offer – especially for cancer patients.

A promising study shows that this nutrient causes cancer cells to self-destruct before they can multiply – giving rise to hopes that it can be utilized as an important integrative therapy for cancer patients.  Let’s take a closer look at this wonderful scientific work.

Coenzyme Q10 (CoQ10) – which supports many indispensable biochemical reactions – is also called “ubiquinone.”  This is due to its ubiquitous nature – CoQ10 is found in nearly every human cell, with particularly high concentrations in the mitochondria, the powerhouses of the cell.

Researchers have found that CoQ10 is vital in producing adenosine triphosphate, the “energy molecule” (ATP).  In addition, it is a potent antioxidant that boosts immune health and energy.

But CoQ10 may have an even more important function to perform. Researchers report that the out-of-control replication characteristic of cancer cells is a result of the cells’ lost capacity to respond to programmed cell death, or apoptosis.  An exciting study shows that CoQ10 brings this ability back – by modulating the protein which causes the resistance to cell death in the first place.

To conduct the study, researchers at the University of Miami added CoQ10 to prostate cancer cells – and found a 70 percent inhibition in growth over 48 hours, along with a reversal in the anti-apoptotic protein bcl-2. Adding CoQ10 to breast cancer cells also inhibited proliferation, without harming healthy cells.

The team noted that treating a culture of melanoma cells with CoQ10 resulted in the death of all cancer cells within hours – and that applying CoQ10 topically to mice with melanoma tumors caused a 55 percent reduction in tumor mass. There was also a “profound disruption” of tumor vasculature – the structure of veins needed by tumors for oxygen and nutrition.

According to lead investigator Dr. S. L. Hsia, “This is the first time in history we have been able to selectively teach a cancer cell to kill itself with CoQ10…without harming healthy cells.”

The findings were presented at a meeting of the American Association for Cancer Research in Anaheim, CA.

Researchers have also examined CoQ10’s ability to help prevent damaging side effects from chemotherapy drugs such as tamoxifen, used to treat breast cancer.

In one study, rats with chemically induced breast cancer were given CoQ10 along with tamoxifen, and displayed significant improvements in the function of their antioxidant enzymes – a development that could potentially help to mitigate oxidative damage. CoQ10 has also been found to reduce chemotherapy-associated damage to the mitochondria of the heart.

A groundbreaking study published in 1994 in Molecular Aspects of Medicine involved 32 high-risk patients with breast cancer that had spread to the lymph nodes. The group was studied for 18 months, following a nutritional intervention that involved 90 mgs a day of CoQ10 – along with vitamin C, vitamin E, beta-carotene, selenium and essential fatty acids.

Although the expected number of deaths was four, not one of the patients in the study died. In addition, quality of life improved, use of pain medication decreased, and six patients showed apparent partial remissions – a stunning result.

CoQ10 may also help combat cancer by strengthening the immune system. Studies have shown that CoQ10 and vitamin B-6 together can boost blood levels of disease-fighting immune system cells known as T-4 lymphocytes.

Researchers agree that decreased CoQ10 levels are associated with poor health, with low levels seen in cancer patients and those with other chronic illnesses. Moreover, many scientists believe that having low levels of CoQ10 can damage cell DNA.

The use of statin drugs can cause CoQ10 levels to drop, as can viral infection, strenuous exercise, and cancer. Normal aging plays a role as well, with natural stores of CoQ10 beginning to decrease by age 20.

Before taking CoQ10, first get the go-ahead from a knowledgeable integrative physician. If you have cancer, your doctor can help you determine if CoQ10 is an appropriate integrative therapy.  In addition, natural health experts tend to recommend supplement doses of CoQ10 ranging from 30 to 200 mg a day, while some clinical studies have used dosages up to 500 mg.

For maximum benefit, CoQ10 should be taken with a meal that contains some fat.

Research into CoQ10’s possible anticancer effects is ongoing, with various studies suggesting that CoQ10, when integrated with conventional cancer treatment, could be an effective anti-tumor agent, and may reduce the harm produced by chemotherapy medications.  There is no doubt that this non-toxic natural nutrient deserves a closer look.

*And, yes, your purchase helps to support our operations at NaturalHealth365.  Thank you.